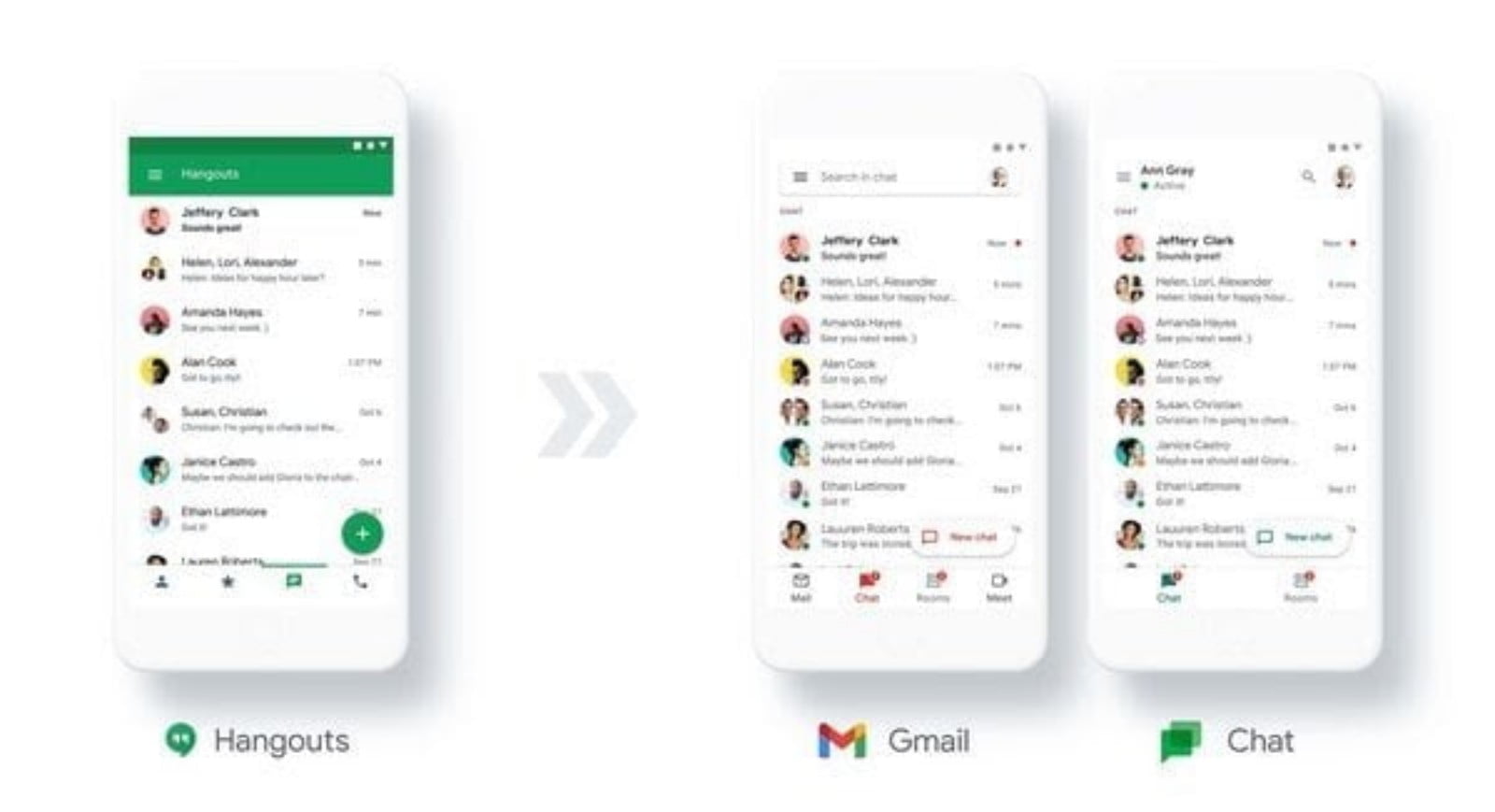 Google had begun migrating Hangouts users to Google Chat in 2020 and it was made clear that the service will be killed soon. In February, Google also replaced the Hangouts app for Workspace users with Google Chat. Now the tech giant has announced that Hangouts will completely shut down in November 2022.

Google will notify Hangouts users on desktops and mobiles to switch to Google Chat. Mobile users would be asked to use Google Chat in Gmail or install the Google Chat standalone application.

Users of Google Hangouts’ Chrome Extension will be asked to move to Chat on the web or install the Chat web app. In July, users of Hangouts in Gmail on the web will be upgraded to Chat in Gmail.

The Chat data from the Hangouts platform will also be automatically merged with Google Chat. Users are allowed to download a copy of all their Hangouts data before November through Google’s Takeout service.

Hangouts was launched in 2013 and was the planned successor to GChat (not to be confused with the newer Google Chat). The original GChat, or Google Talk, was shut down earlier this month.

Google Hangouts on the web will continue to work till November and then its web address will be redirected to Google Chat. Ravi further added, “We have big ambitions for the future of Chat, and over the coming months you’ll see even more features like direct calling, in-line threading in Spaces and the ability to share and view multiple images.”

This was a long time due to be honest. Hangouts is an abdononed project by Google similar to how they did with Google+.

They should merge Duo also with it and make it a universal comunication app.