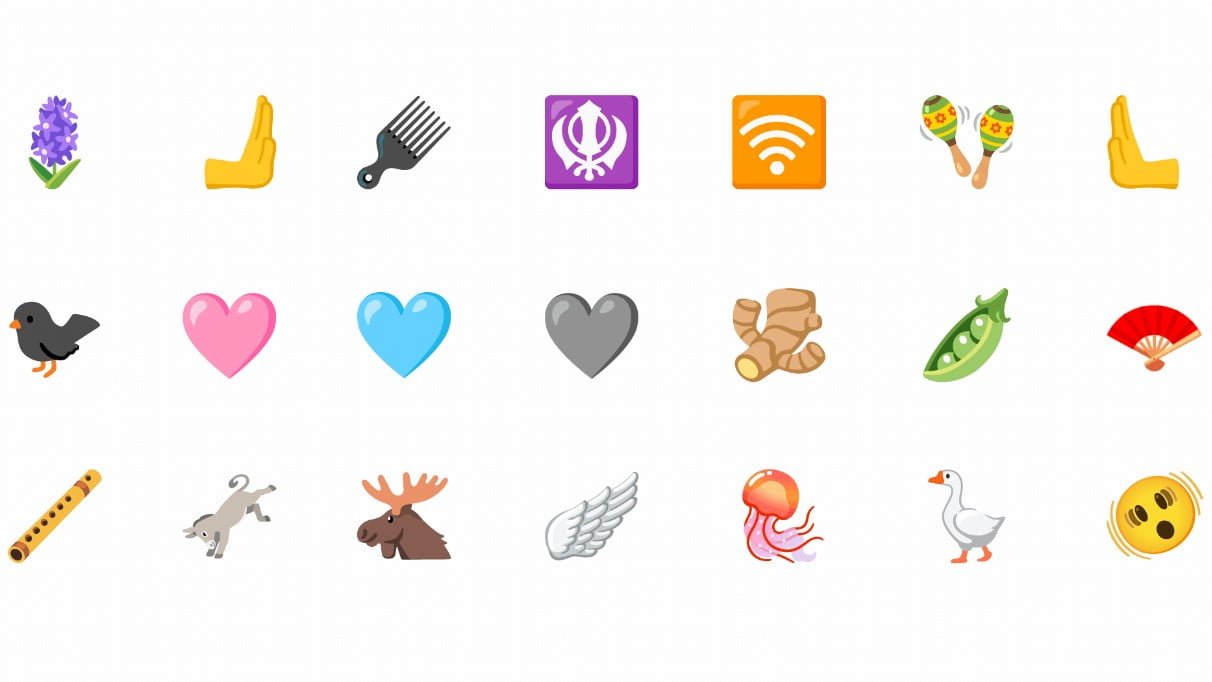 Google is adding Unicode 15.0 emojis to its emoji library on Android. With the addition of new characters, the total emojis count has increased to 3,664. The company is also bringing open-source animated emotes, a new font standard called COLRv1, customization features in Emoji Kitchen, and emoji library metadata like short codes.

The Unicode Consortium has published all the data files associated with the Unicode 15.0 release, which comes with 31 new emoji characters, including a wing, a leftwards and rightwards hand, and a shaking face. These new emojis will be available on Android devices soon and across Google products in the first quarter of 2023. Users can download the emoji font and use it today. The emoji library, including the source files and associated metadata like short codes, is open source on Github.

A new font format called COLRv1 color fonts, such as Noto Color emojis can render digital imagery with crispness. It also allows users to customize the appearance of color fonts. However, COLRv1 supports only the new font standard and does not support 1920’s duck as a traditional emoji. If a user wants to send goth emoji today in a messaging app, they will have to use Emoji Kitchen stickers in Gboard to customize the color. COLRv1 is available on the latest version of Google Chrome and Microsoft Edge. It will be available for other browsers soon, including Mozilla Firefox. Users can go to https://duck-color.glitch.me/ to try out the color font.

Users can change the color of emojis using the Emoji Kitchen available on Gboard. With the help of Noto Emoji, customizing and personalizing emotes is becoming more technically feasible. Users need to type a sequence of emoji, including a colored heart, to change the emoji color. However, it’s worth noting that these are simply stickers.