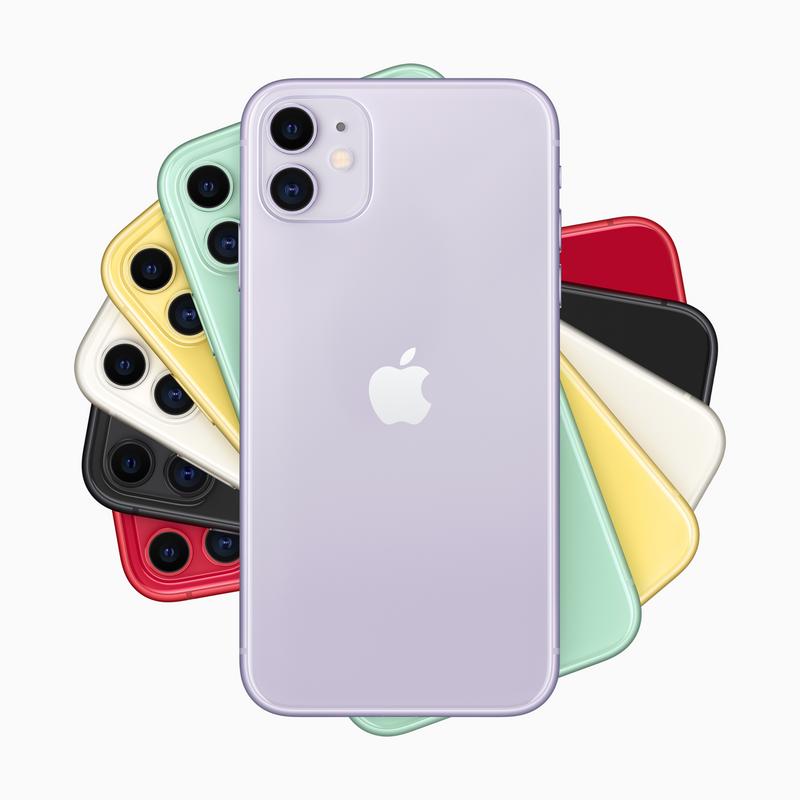 Apple has announced iPhone 11, the successor of iPhone XR. iPhone 11 introduces a new powerful dual-camera system and A13 Bionic chip. It comes in six new colours- Purple, Green, Yellow, Black, White, and Red. iPhone 11 will be available in India from Friday, September 27.

The 6.1-inch all-screen Liquid Retina display of the iPhone 11 features wide color support and True Tone. The phone is rated IP68 for water resistance up to 2 meters for up to 30 minutes, and is protected against accidental spills from common liquids. The display design looks absolutely similar to the last year’s models.

Apple claimed that A13 Bionic is the fastest chip ever in a smartphone, with up to 20% faster CPU and GPU than A12. Apple said that A13 Bionic is built for machine learning, with a faster Neural Engine for real-time photo and video analysis, and new Machine Learning Accelerators to allow the CPU to deliver more than 1 trillion operations per second. As for the battery life, Apple promises one hour longer battery life compared to the last year’s iPhone XS.

iPhone 11 gets a significant upgrade in the Camera department compared to the XR. It introduced a dual-camera system with all-new Ultra Wide and Wide cameras. The camera on the backpacks a 12-megapixel wide-angle main sensor with f/1.8 aperture and a 12-megapixel secondary ultra-wide-angle shooter with f/2.4 aperture. It offers a 120-degree field of view and optical image stabilization.

This dual rear camera is capable of 4K video recording at 60fps and has 36 percent brighter flash than the one in iPhone XR. There’s a new night mode that automatically comes on, brightens photos, and reduces noise in low-light situations as well as a next-generation Smart HDR. The front camera of iPhone 11 includes a 12-megapixel sensor that can also shoot videos in 4K at 60 fps and slow motion.

iPhone 11 runs on iOS 13 that brings features like dark mode, Sign in with Apple, expanded Haptic Touch support, and an all-new Maps experience. iOS 13 is slated to release later this month to all the devices starting iPhone 6S. It will be capable of running the new Arcade games that Apple had announced as well.

iPhone 11 will be available in 64GB, 128GB and 256GB models in 6 different colors. 64GB base variant is priced in India at Rs. 64,900, 128GB variant will cost Rs. 69,900, and 256GB will be available at Rs. 79,900. It is worth noting that the iPhone XR was launched in India at a starting price of 76,900 last year. It later received significant price cuts and was even sold for as low as 50,000 with all different offers via e-commerce platforms. The iPhone XR became the highest selling iPhone model after the price cuts and Apple seems to have learned it’s lesson this year to price this model comparatively lower at launch. It will be interesting to see Users’ response to this.