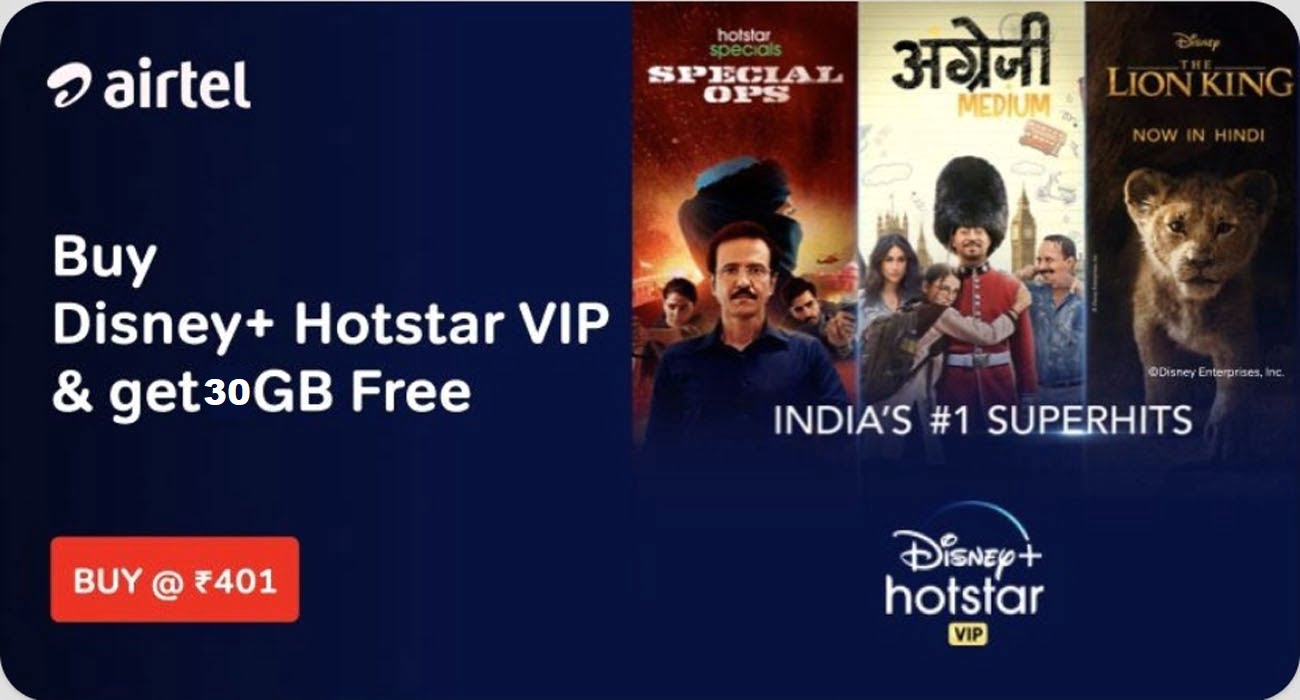 Airtel had in April launched the Disney+ Hotstar VIP plan priced at Rs401 which offered an annual subscription of VIP level tier for Disney+ Hotstar streaming service along with 3 GB of bundled data with 28 days validity on Airtel 4G network. Airtel has now increased the bundled data offered in this plan by 10 folds and it now offers 30 GB data. This plan does not offer any voice and SMS benefits unlike the Jio counterpart which offers 90 GB data (3GB/day), Unlimited on-net and 1000 min off-net voice calling, and 100 SMS/day with the same price denomination and 28-day validity.

For the unaware, Disney+ Hotstar VIP membership offers access to premium content in Hindi and other Indian regional languages but excludes premium English language content. Another point of difference is that while the ‘Premium’ subscription offers an ad-free viewing experience, ‘VIP’ subscription has limited personalised ads.

Airtel has also launched other prepaid plan denominations as elaborated in the table above, which also offer 1 year of subscription to Disney+ Hotstar VIP membership. While the Rs448 and Rs499 plans offer the exact same benefits, the Rs499 plan is a first recharge plan (FRC) only for new Prepaid subscribers while the Rs448 plan is for existing Airtel prepaid users. The Rs2698 plan comes at a Rs99 premium over the Jio counterpart.

While these new tariff plans by Airtel will come in handy to strengthen its proposition against Jio Disney+ Hotstar VIP offerings, they still come at a premium over Jio’s bundled offering. It remains for the subscribers to decide which of the two telecom titans they want to put their money on.