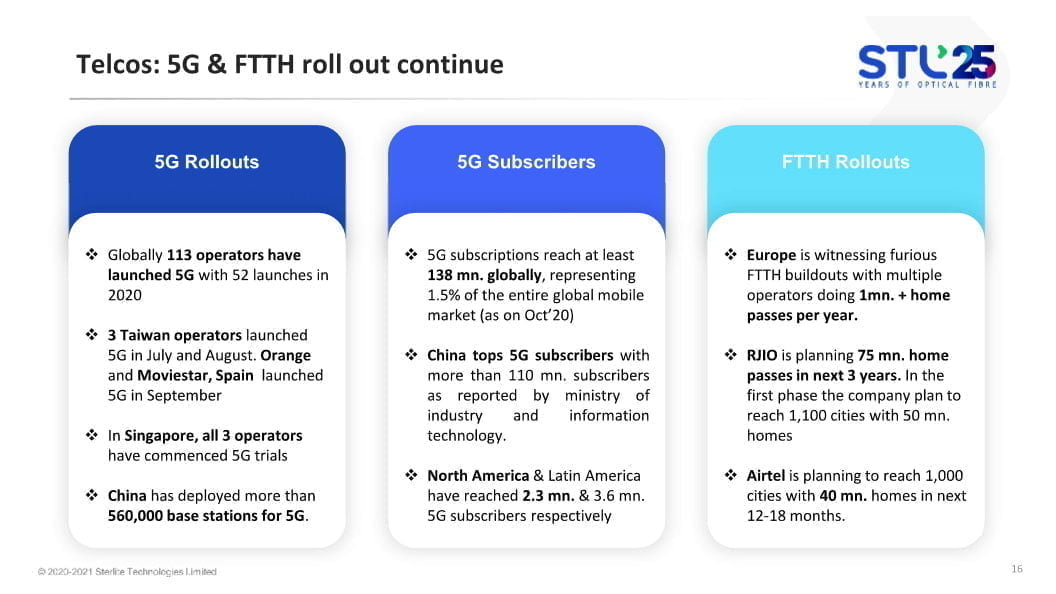 Bharti Airtel and Reliance Jio are said to be targeting to achieve Fiber-to-the-Home (FTTH) rollouts in around 1000 cities in the first phase according to telecom equipments major Sterlite Technologies.

The targets from Reliance Jio and Bharti Airtel were revealed by Sterlite Technologies in its recent investor presentation for Q2 FY 21 Earnings Call.

STL has stated that Bharti Airtel is looking to reach 1,000 cities in the next 12-18 months across India with an aim to reach around 40 million in homes. Bharti Airtel had recently mandated STL to roll out fiber network in around 10 telecom circles for expansion of its FTTH business.

HFCL is currently laying down the fiber network for Reliance Jio in around 300 cities with entire range of fiber optic cable for FTTH in a large volume.

ZEE5 ties up with Meghbela Broadband to strengthen ISP distribution