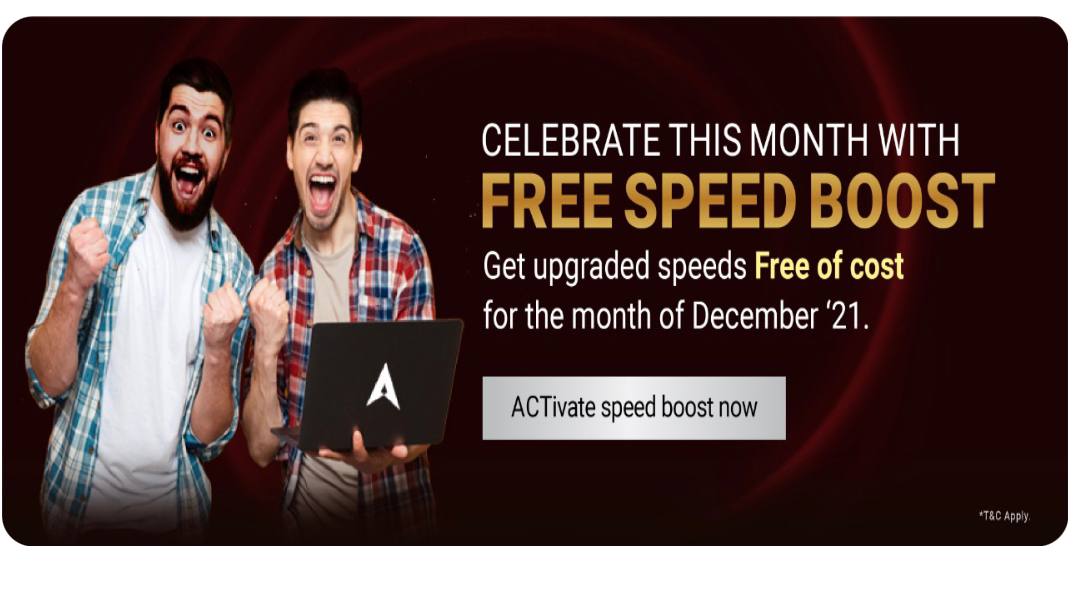 ACT the popular grade A Internet service provider, which is available in cities including Ahmedabad, Bengaluru, Chennai, Delhi, and Hyderabad, among others has extended its ‘Speed Boost’ offer to continue till the end of December 2021.

For the unaware, ACT had started offering its users a free speed upgrade for plans in November and dubbed it as a special Diwali offering. Now the same has been extended for another month. ACT is upgrading the speeds up to a maximum of 500 Mbps.

ACT Fibernet has sent emails to its customers in all cities to inform them about the new offer. The offer is also running as a banner on the ACT app. It should be taken into consideration though that the company is not automatically upgrading broadband speed and users will have to avail that manually by going into the app and tapping on the offer banner.

The free speed upgrade offer is continuing in December too.