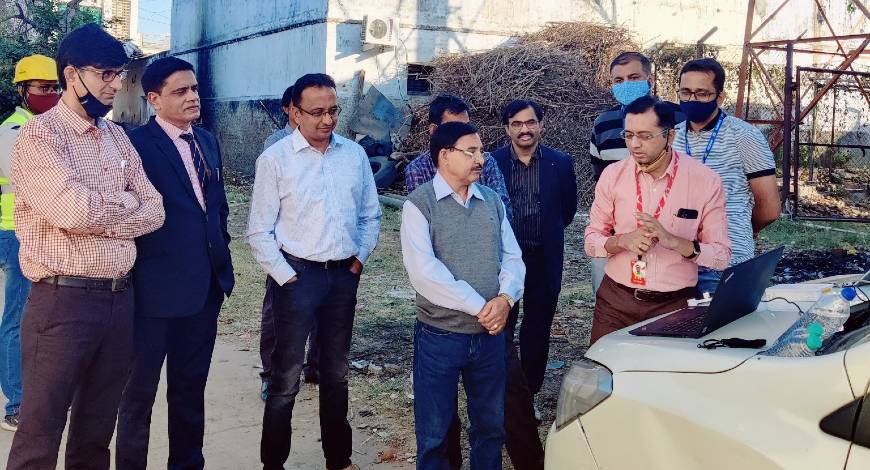 India’s first 5G trial kicked off at Ajol village in Gujarat on Thursday. The trial involved testing 5G services using a BTS which was located 17 KM away at Unava town in Gandhinagar district of Gujarat. The team which involved officials of DoT and executives from two private telecom operators were able to record peak download speeds of 105.47 Mbps and peak upload speeds of 58.77 Mbps.

The Dot officials said that a number of use cases are being developed for 5G across the country and some of them are region-specific. A number of technologies are being tested currently using the test spectrum that DoT has allotted to all three private operators. A brief description of the technologies and use cases is listed below.

The user connects to the 5G network and experiences the location in virtual reality as if He/She is physically there.

Helps a teacher reach students remotely through 360 degrees live streaming. Students get the feeling of a private lesson and can interact with the teacher via voice chat or exercises.

Gamers movements are captured and sent online to gaming platforms via the 5G network where it is merged with a pre-recorded gaming video.

A real-time video stream from 360 degrees cameras are uploaded via the 5G network. The end-user gets a 360 degrees experience and with added artificial intelligence, can detect things such as people, bags, bottles, laptops etc.

On 19th November, the DoT team comprising DDGs Ajatshatru Somani, Roshan Lal Meena, director Sumit Mishra and technical teams of Vodafone Idea and Nokia checked speeds at the Mahatma Mandir 5G site in Gandhinagar which was found to be around 1.5 Gbps on non-standalone 5G mode, which is about 100 times faster than 4G.

The team which involved officials of DoT and executives from two private telecom operators were able to record peak download speeds of 105.47 Mbps and peak upload speeds of 58.77 Mbps.