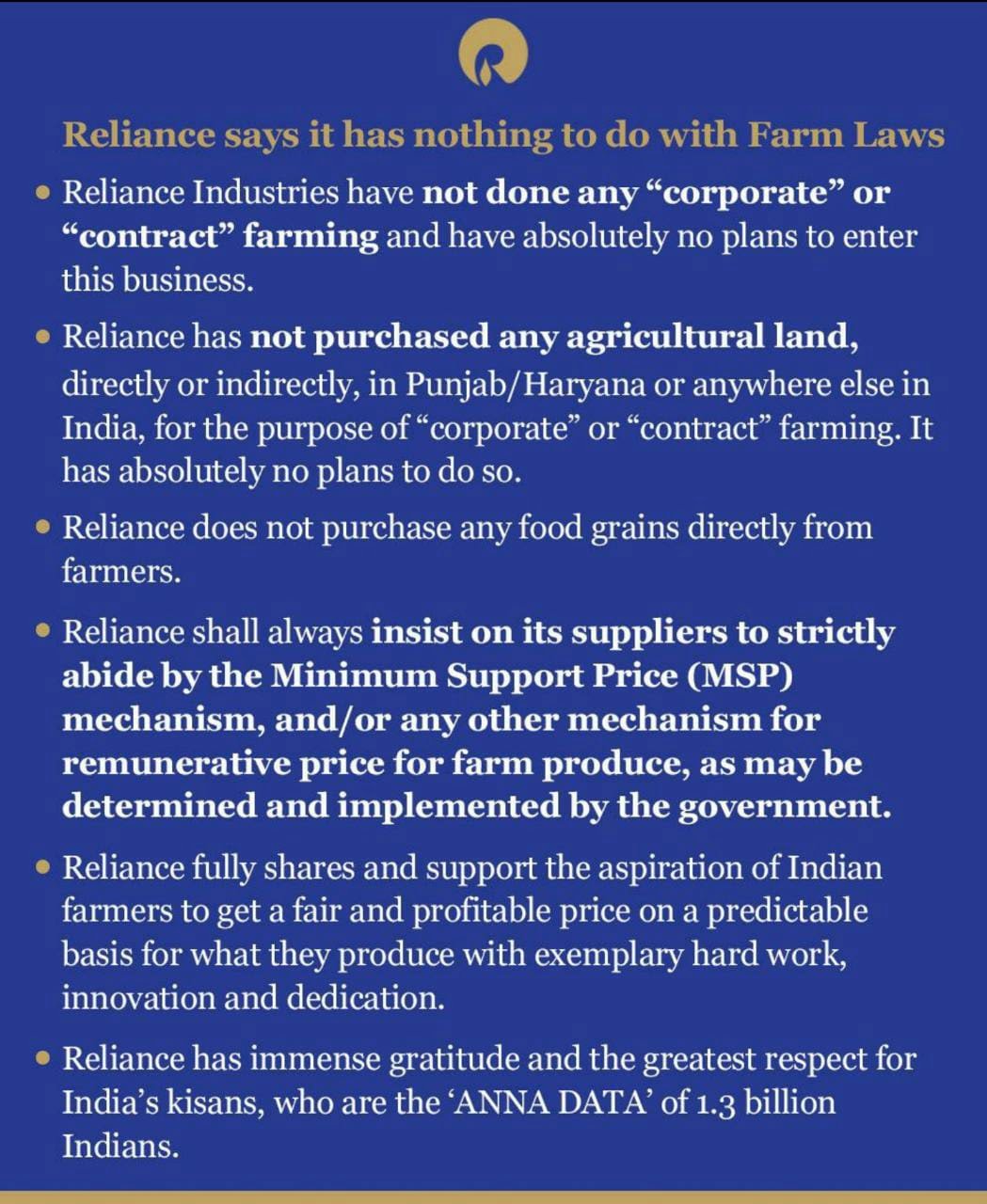 Reliance Industries today through its subsidiary Reliance Jio Infocomm Limited (RJIL) filed a petition in the Punjab and Haryana High Court to sought the urgent intervention of Government authorities to bring a complete stop to the illegal acts of tower vandalism by miscreants.

“These acts of violence have endangered the lives of thousands of its employees and caused damage and disruption to the vital communications infrastructure, sales and service outlets run by its subsidiaries in the two states. The miscreants indulging in vandalism have been instigated and aided by vested interests and our business rivals. Taking advantage of the ongoing farmers’ agitation near the national capital, these vested interests have launched an incessant, malicious and motivated vilification campaign against Reliance, which has absolutely no basis in truth.” stated Reliance Industries in a media release.