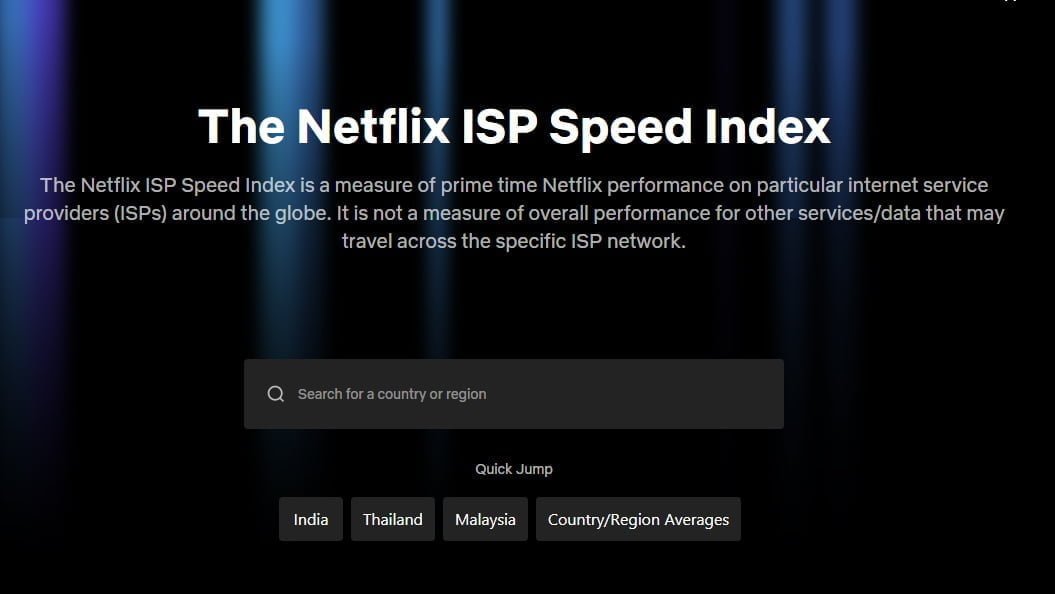 Reliance Jio’s Fiber-to-the-Home (FTTH) service JioFiber topped the Netflix ISP Index for India in April 2021. The internet service provider emerged as the leader with Airtel, ACT, and Tata Sky Broadband dropping down a place that was joint-top in March 2021 with Reliance Jio.

JioFiber topped the leaderboard with 3.6 Mbps in April, up from 3.4 Mbps in the trailing month. Airtel, ACT Fibernet, and Tata Sky Broadband came second on the table with 3.4 Mbps speed same as the trailing month but not enough to claim the leadership spot. The trio dropped from Rank 1 in March 2021 to Rank 2 in April 2021.

The Netflix ISP Index measures prime time Netflix performance on particular internet service providers (ISPs) around the globe. The ISP Index is not a measure of overall performance for other services that may travel across the specific ISP network.

Netflix ISP Index includes broadband ISPs that consistently have >1% of Netflix view hours in the country.