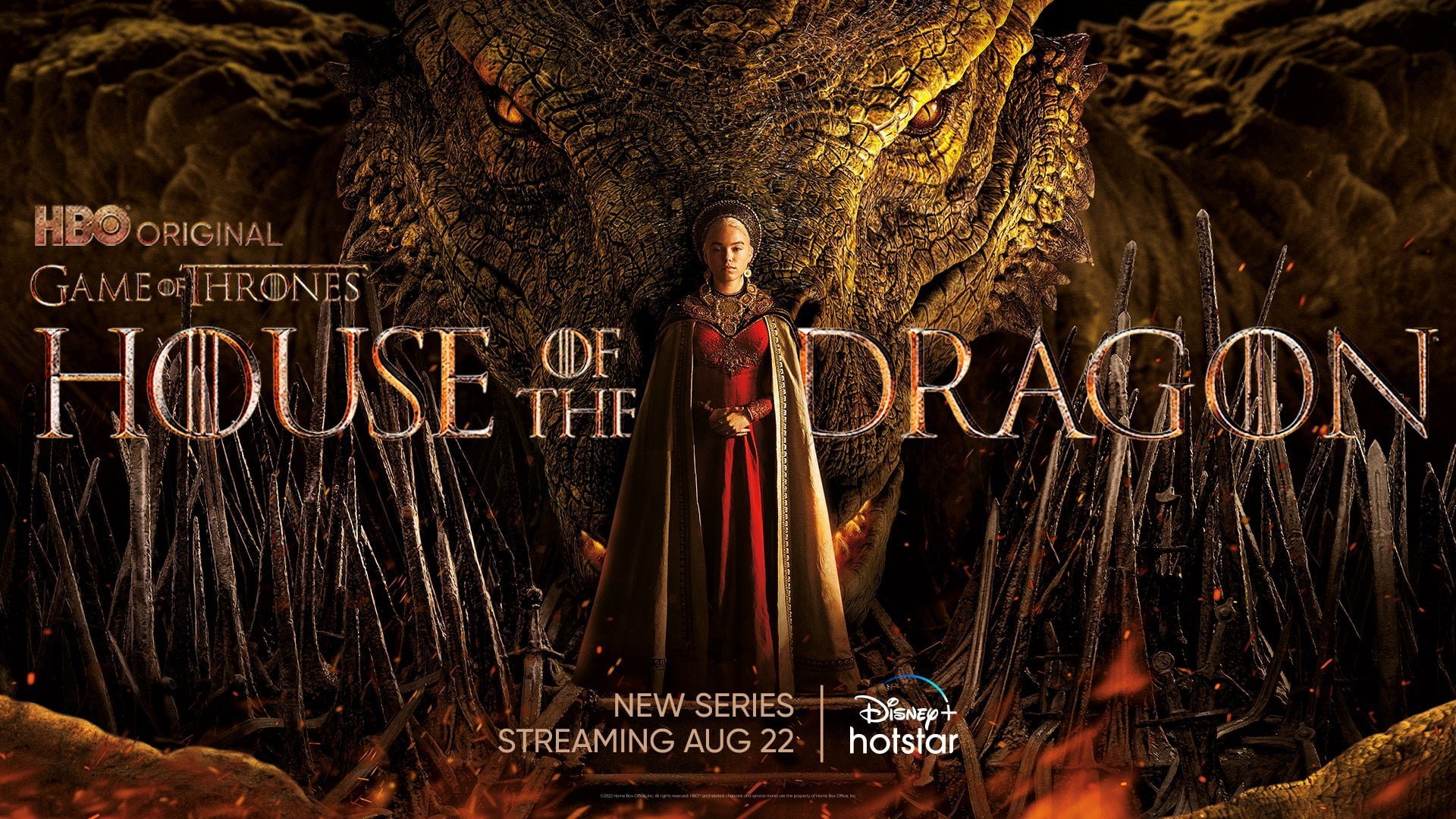 Throughout its run, Game of Thrones had transformed the television space and inspired various cable and streaming outlets to strive for their own fantasy show. The Witcher, Shadow & Bone, the upcoming The Lord of the Rings series and Disney’s Percy Jackson are the result of the same. It’s now again that time for HBO, who had started it all by making a huge bet in 2007, to create something new for that spectacle. The answer from them is House of the Dragon, a prequel to the main show set about two hundred years in the past revolving around House Targaryen and their many dragons.

The show was co-created by George R. R. Martin and Ryan Condal based on the 2018 novel Fire and Blood and revolves around the Targaryen succession which ultimately will lead to the civil war which is often known as the Dance of the Dragons. The show cleverly advances the plot and plants the conflict points through the episodes and is evident that is going to be reaching the matter sooner rather than later.

I guess it was a very conscious effort from the makers to have the first prequel show of Game of Thrones, centred around the Iron Throne itself, again. The early episodes of the show are very reminiscent of the early seasons of the Game of Thrones that we have loved with all the calculated political advances, changing allegiances, betrayals and so many others embedded into the core plot lines. It added a much more needed familiarity to the Red Keep’s residents quickly.

I was taken aback by the characterization of Lady Alicent Hightower, how she started from a gullible and pleasant young adult to being mature enough to do anything to protect her children all through the events she was put through. Credit to Emily Carey who played the younger version to get her character that multitude of levels. One more notable thing is that Matt Smith was splendid when given something to do but is absent on screen quite a lot as was required for his character.

The writing on the episodes I have seen so far is excellent. The showrunners and writers did keep us on our toes mostly and have jumped adequately through the time in favour of progressing through the events. Ramin Djawadi’s mix of old score and new themes did bring back some nostalgic memories but I’m not going to judge the score, direction and especially VFX as I haven’t seen the proper finished product yet. Hopefully, we will get an iconic “Main intro”, like Game of Thrones. I did miss that while I was watching the screeners.

All I can say, after watching a significant number of episodes, is that House of the Dragon is a very good stepping point for the revitalization of Game of Thrones fandom after the disastrous season 8 we have to endure. While the show has to do a lot to achieve the success of its predecessor, it’s convincing enough for me at least that we are in for a good ride.

House of the Dragon premieres on Disney+ Hotstar on August 22, 2022, at 6.30 am IST in India. Also, available on the HBO platforms around the world and on Sky the UK tonight at 9.00 PM ET.

When everything fails. We go back to our roots.

This is by far the worst marketing piece I have seen in like for ever... Don't get me wrong I'm an Ardent fan of GOT, but this trailer is just haven't done anything for me to get excited for the show at all..