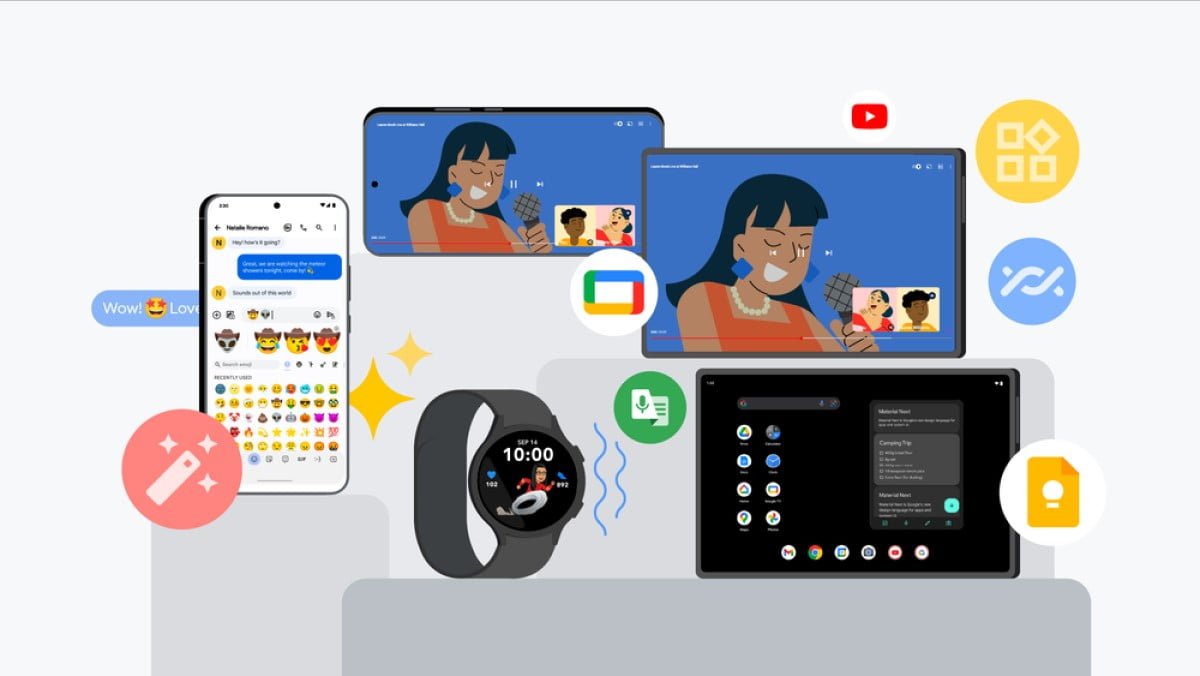 Nearby Share allows users to share files between nearby Android devices, tablets, and Chromebook. Google is now adding the ability to use the feature to transfer files across the user’s own devices. Users are required to select the Android devices logged in with their Google account from the sharing menu to transfer files between them. Once the feature is enabled, the file transfer requests are automatically accepted, even when the screen is off.

Google has added a new feature to the Gboard Android app called Emojify. After typing a sentence, users can tap on the Emojify button to select their preferred layout and press send to add the relevant emoji automatically. This feature is currently available to Gboard Beta users in English and will roll out to all Gboard English users in the coming week. Google has also added new Emoji Kitchen mashups, which are available as stickers via Gboard.

Google has added a new Keep Tile feature that allows users to dictate notes or checklists from their watch and manage them across devices. Bitmoji is also coming soon to Wear OS. Users will be able to send personalized Bitmoji from Snapchat, Bitmoji.com, or the Bitmoji Mobile app to watch. It will change its expressions based on the time of day, weather, and the user’s physical activity.

Google is introducing a new shared experience in Google Meet that will allow users to co-watch YouTube videos and play classic games, including UNO, Mobile Kahoot, or Heads Up, with up to 100 members at a time. This feature is rolling out to Android users. Apart from this, Google has also added the ability to pin specific people during a conference and adjust the screen using the multi-pin feature to stay focused.

The Live Transcription & Notifications feature can detect critical household sounds, such as fire alarms, running water, and door knocks, and alert users via phone or watch using the device’s vibration or flashlight. Users can also record custom sounds in their Alert library.