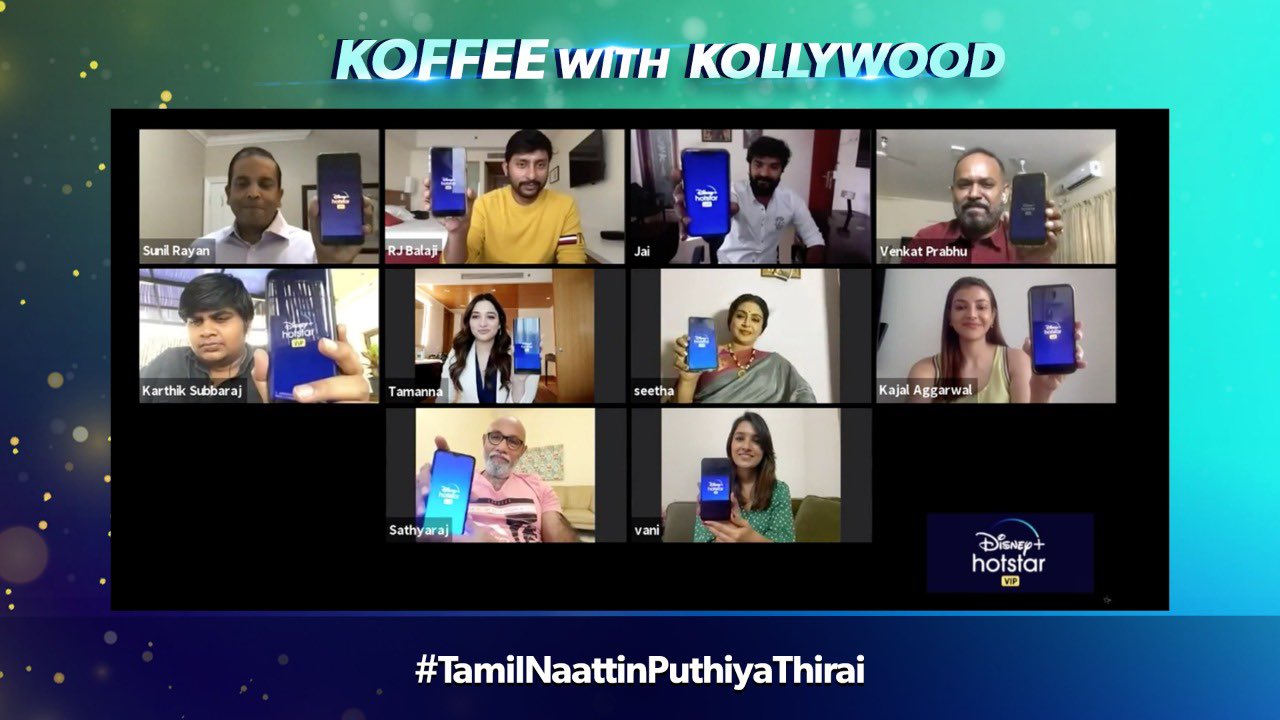 Disney+ Hotstar has announced its maiden slate of Tamil originals yesterday through a virtual press meet participated by the cast and crew involved. The titles announced will mark digital debuts of prominent faces like Kajal Aggarwal, Tamannaah Bhatia, Sathyaraj, and Seetha.

The Tamil original programming will be kickstarted by Mookuthi Amman starring Nayanthara and Rj Balaji that will be premiered exclusively on the platform after forgoing its theatrical release under Disney+ Hotstar Multiplex label. The film is scheduled to release this November in time for Diwali.

Live Telecast is a horror series directed by Venkat Prabhu starring Kajal Aggarwal, Vaibhav Reddy, and Anandi in the lead roles is about a Television production crew who were stuck in paranormal activity.

November Story is a crime-thriller directed by Indira Subramaniam and featuring Tamannaah Bhatia in her digital debut. Triples is a comedy starring Jai Sampath and Vani Bhojan in the lead roles and the last series titled My Perfect Husband is a comedy starring veteran actors Sathyaraj and Seetha.

“We have always been at the forefront of reinventing and reimagining content in India. As we lay the foundation of presenting authentic stories that appeal to Tamil audiences, we are very excited to partner with some of the most prolific minds of the industry. As we announce the launch of new movies-before-theatre and Hotstar Specials shows, we are adding to our existing promise of providing great Tamil entertainment across LIVE Sports, before TV access to STAR VIjay shows and much more – giving our audiences a wide array of content to choose from”, said Sunil Ryan, President Disney+ Hotstar.

Disney+ Hotstar after strengthening its Hindi content slate is now entering regional space starting with Tamil. The streamer recently ordered its first Telugu Hotstar Specials series, an adaptation of BBC One’s critically acclaimed series One of Us from BBC Studios India. The announced slate will premiere on the platform over the course of the next year and will be available for both VIP and Premium subscribers.