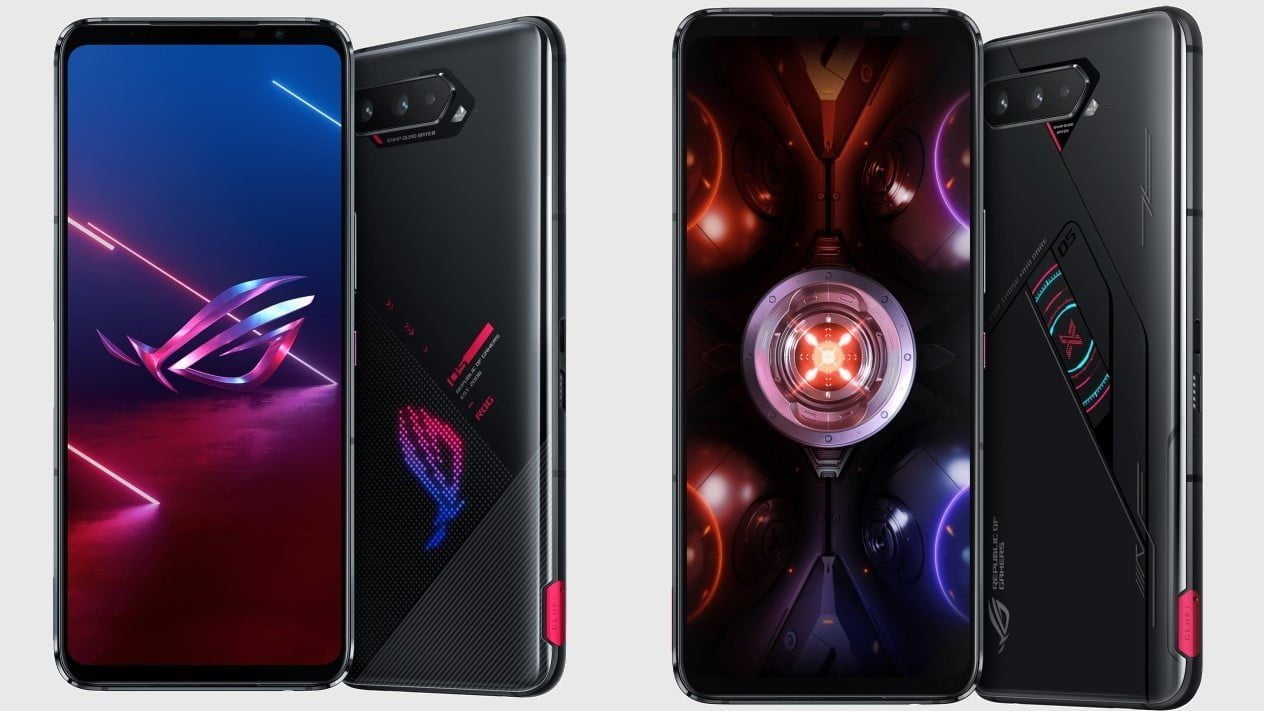 In terms of optics, both smartphones sport a triple rear camera setup of 64-megapixel Sony IMX686 primary sensor with f/1.8 aperture, 13-megapixel 125-degree ultra-wide-angle lens with f/2.4 aperture, and a 5-megapixel macro sensor with f/2.0 aperture. On the front, it has a 24-megapixel camera with an f/2.5 aperture. Both models include a 6000mAh battery that supports Quick Charge 5.0 and Power Delivery 3.0 technology.

Asus ROG Phone 5s Pro sports a PMOLED display on the back panel and is priced at Rs. 79,999.