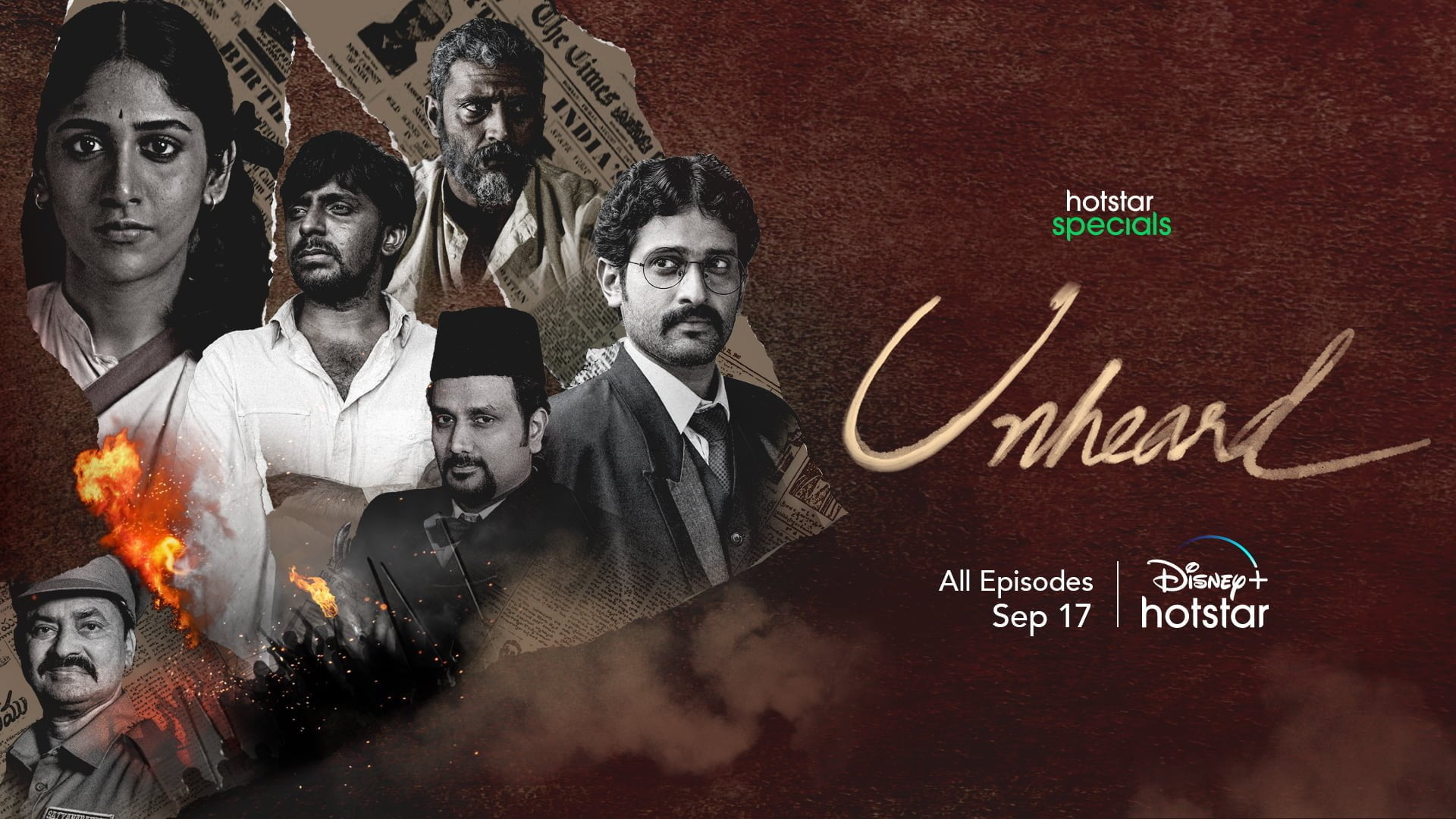 Unheard, the first Telugu Hotstar Specials series now streaming on Disney+ Hotstar in India is unlike anything that was put out by any OTT platforms in India. Despite being billed as a drama by the platform, first and foremost the series is a conversational piece and is filmed like a theatrical production (staged production). The cast and crew must be appreciated first and foremost to put out a series that only put forth an idea of the struggles during that period with just conversations that were a result of opposing perspectives of the characters involved in the episodes.

Each episode of the series is set in various periods between 1906-1950, the series explores the struggle of common people in the Hyderabad area who are wanting freedom from both the Britishers and the Nizams. The show’s six central characters whose end goal is to attain freedom for India are each having their ideology and circumstances which results in differences in perspective which leads to various routes they take to achieve the same.

Despite the wonderful performances by the ensemble cast and an extraordinary background score by Naresh Kumaran, the biggest driver of this series is excellent script and dialogues by the director Aditya K.V and dialogue writer Anirudh who had translated the dialogues to Telugu which were written originally in English by Aditya. Another important thing to mention is that the last episode is entirely in Deccani, a version of Urdu that was spoken during the Nizam era in Hyderabad.

As mentioned earlier, the show is a conversational piece and the character’s journey is only revealed through the situations they were put in. Also, worth noting that each episode features only a couple of characters and they converse on a topic with their own perspectives. The unexplored conversational drama genre takes a front seat in regards to this show. The maker’s effort in making this type of show is very important as many producers wouldn’t have dared to touch such an off-beat idea.

Each episode opens with an enthralling narration by Baladitya regarding the Indian freedom movement. The historical events which were referenced and conversed upon in the show include Quit India Movement, World War II, the Indian National Army, Spanish-Flu, Salt Satyagraha, the Chauri Chaura incident and the Bengal famine. In addition to the dialogues, the crisp editing stayed on-point with the topic in hand resulting in a total runtime of the six-episode show ending up just under two hours.

Finally, I would say even if you are entertained or not by the show, it surely will ignite an interest to know more regarding the historical Indian freedom struggle. Unheard is currently streaming on Hotstar in Canada, Singapore, and the UK and on Hulu in the United States.