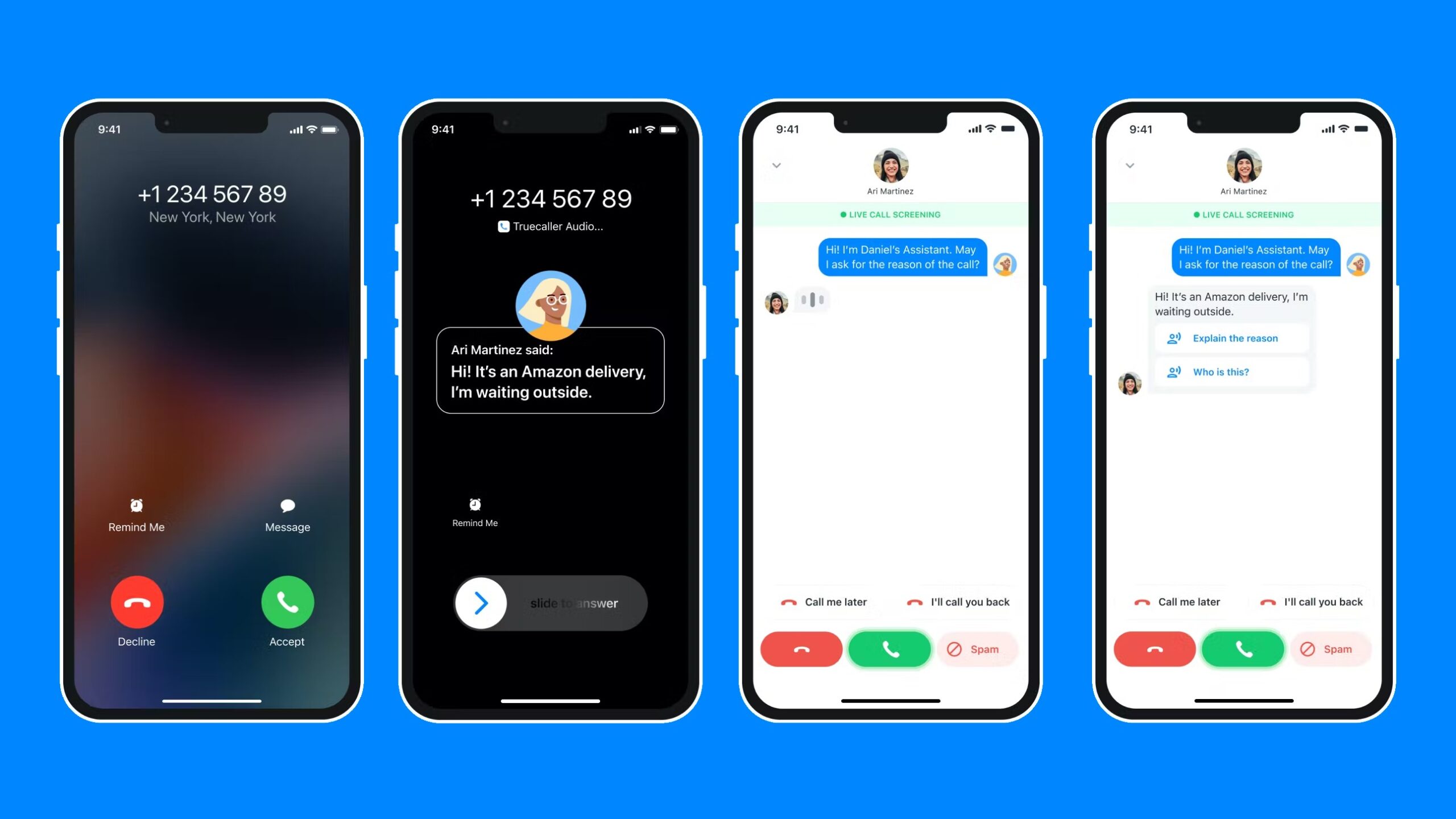 Truecaller, on Tuesday, introduced a new AI-powered assistant in the Truecaller App for users in the United States. It is a call screening service to fight scam calls. The service answers incoming calls automatically and asks about the purpose of the call, making it easier for the user to decide whether to answer any important calls or to avoid scams from unknown numbers.

“Assistant is a game changer for the global market because it does so much more than simply block robocalls. Until now, you had to make a split-second decision as to whether you think a call is important. Assistant focuses on what the caller is saying to filter out the robocalls and spam, so you know whether the call is worth your time or not,” said Alan Mamedi, Co-founder and CEO of Truecaller.

User will receive calls on their phones as usual, but when they don’t answer or declines the call, it will be forwarded to the digital assistant. The assistant will answer and screen the call using the speech to text technology. When the caller responds to the assistant, the user can view who is calling and why on the screen. According to Truecaller, the AI can understand caller requests with over 90 percent accuracy.

Truecaller AI-powered assistant feature is available for Android and iOS users in the United States in English only. The company is providing a free, 14-day trial of the AI-powered assistant, and after that, it will be available as a part of the Truecaller Premium subscription service. Truecaller also plans to release the service in other regions and more languages soon.

Now, you can also make video calls from Truecaller:

Swedish company Truecaller has announced its integration with Google's video calling app Duo. After this integration, users will be able to make video calls directly via the Truecaller app on Android. For iPhone users, Truecaller works with the same integration as Duo.
The company said that users will be able to make high-quality video calls globally.
Talking about the new change Rishit Jhunjhunwala, VP, Product, Truecaller, said, "Sometimes voice and text just aren't enough and nothing beats the experience of communicating face to face. We're very excited to announce the next step in delivering a one-stop communication platform for Truecaller users globally. By having a fantastic partner like Google, we can provide a high-quality video experience to millions of users using Google Duo."