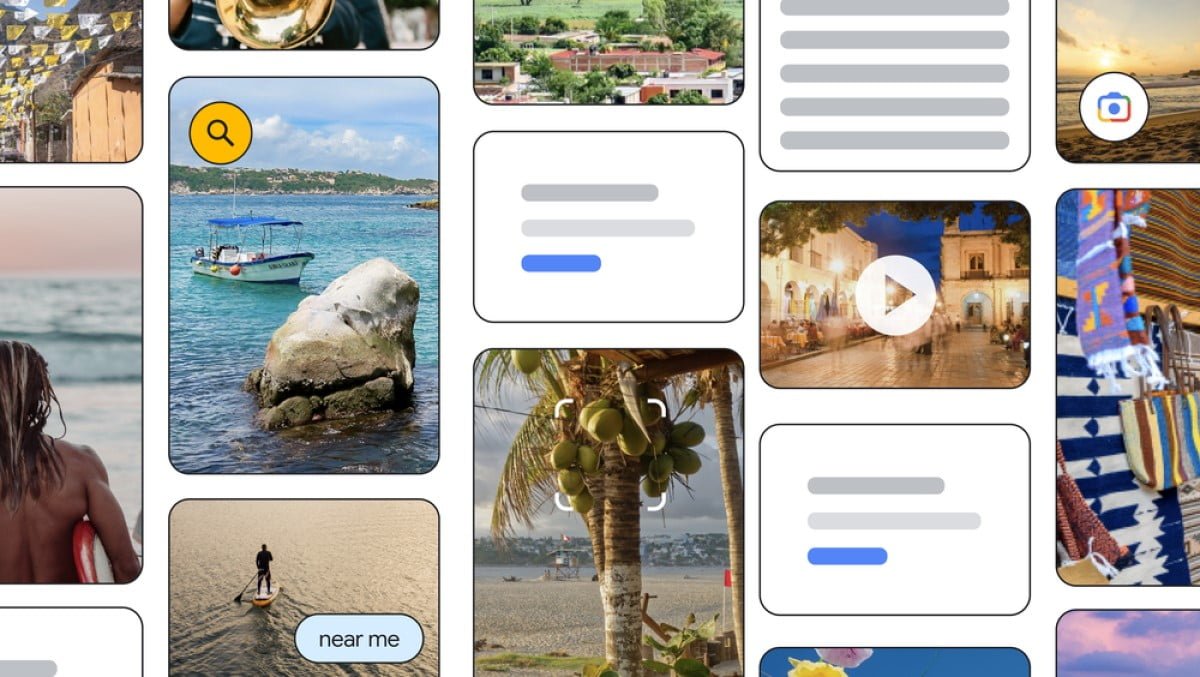 Google, at the search on event, announced new features and improvements coming to Google search that will enhance the user experience with more visual and natural search results. The new features include Multisearch improvements, Visual stories and videos in search, Google lens translate enhancements, and more. The company has also announced updates to Google Maps, including immersive view, neighborhood vibe, and search with live view. Here are the details Google announced at its event.

Earlier this year, Google introduced Multisearch, which allows users to search using a picture or screenshot and add text to the query. Google then uses the image and text to show the relevant search results. Multisearch is currently available in English and will be available in over 70 languages in the coming months.

Google is also expanding the capability of Multisearch with Multisearch near me. Users can take a picture or a screenshot of a dish or an item, and the Google search will show local results, including a nearby restaurant or shop with the same item. The feature will start to roll out in the United States later this fall.

Google lens lets users translate text in images across over 100 languages. However, the translated text blurs the background and makes the image unclear. Now the company is able to blend the translated text into complex images with the help of advancements in machine learning and Generative Adversarial Networks (GAN models), the same technology behind Magic Eraser on Pixel devices. This feature will launch later this year.

Google App for iOS will now show shortcuts under the search bar, which makes it easier for users to search for shops, translate text, identify songs, and more. This feature is currently rolling out to iOS users.

In the coming months, Google will roll out the enhanced search that can provide relevant content quickly, even before the user has finished typing the query on the search box. Users can tap on the words to add them to the query. Further, Google will provide keywords or topics to help users create their questions. Users can also add or remove topics when they want to zoom in and out.

Visual stories and videos in search

Topics related to traveling and cities will include more visual stories and short videos from people and creators on the web who have visited those places. It will also show tips on exploring the city, things to do, how to get there, and more relevant information.

Google shows relevant search results from various sources, including text, images, and videos. Now, as the user continues scrolling, the company will show related topics to their search query. The feature will be available in the coming months.

Google is adding a new section in the search labeled “Discussions and forums” that will show content from popular forums across the web. The feature is currently rolling out for English users on mobile in the United States.

Google will show translated news coverage from various publishers in other languages using the machine translation. The translated news will display “translated by Google” near the headline with an option to view the article in the original language.

Google is introducing a new neighborhood vibe feature in Google Maps that will allow users to select a neighborhood, and it will show the popular spots and websites on the map using images and information on the Google Maps community. This feature will roll out to Android and iOS users in the coming months.

With the immersive view on Google Maps, users can see multi-dimensional images of an area with information such as the weather and traffic. Google is releasing over 250 photorealistic aerial pictures of world landmarks. The immersive view can also predict what will happen tomorrow or next month in select places. In the coming months, this feature will roll out to Android and iOS users in Los Angeles, London, New York, San Francisco, and Tokyo.

Users will be able to search nearby ATMs or spot different places, including shops, grocery stores, and transit stations, by using the camera and tapping on any location to view more details. Search with live view will be available in the coming months for Android and iOS users in Los Angeles, London, New York, San Francisco, and Tokyo.

At this year’s event, see how we’re transforming Google Search to help you make more sense of the world’s information.

This is happening today.