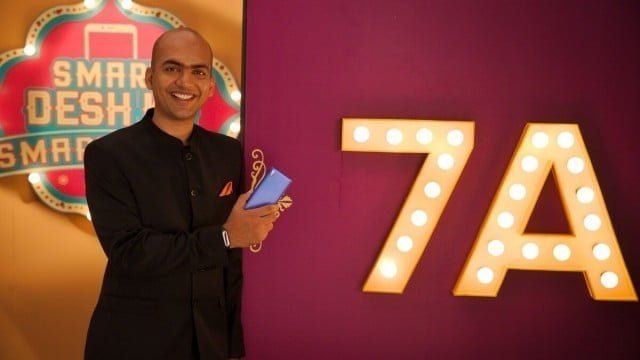 Xiaomi has launched the Redmi 7a today in India with the tagline ‘Smart Desh Ka Smartphone’, the phone was launched in China two months ago. The Indian version of Redmi 7a will have 12 MP rear camera while the Chinese version had 13 MP shooter. Redmi 7a comes with a 5.45-inch HD+ screen, Snapdragon 439 SoC, 4000 mAh battery and MIUI 10 running over Android 9.0 Pie operating system. It will not have a fingerprint sensor.

Redmi 7A price in India starts at Rs. 5,999 for 2GB RAM + 16GB variant, and Rs. 6,199 for 2GB RAM + 32GB variant. It is available in three colour options, Matte Black, Matte Blue, and Matte Gold. Redmi 7a will be sold via Flipkart, Mi.com and Mi Stores in India from 11th July 12:00 pm. As a launch offer, both variants will be available with a Rs. 200 discount throughout July. Xiaomi is offering 2 Years of warranty for Redmi 7a.