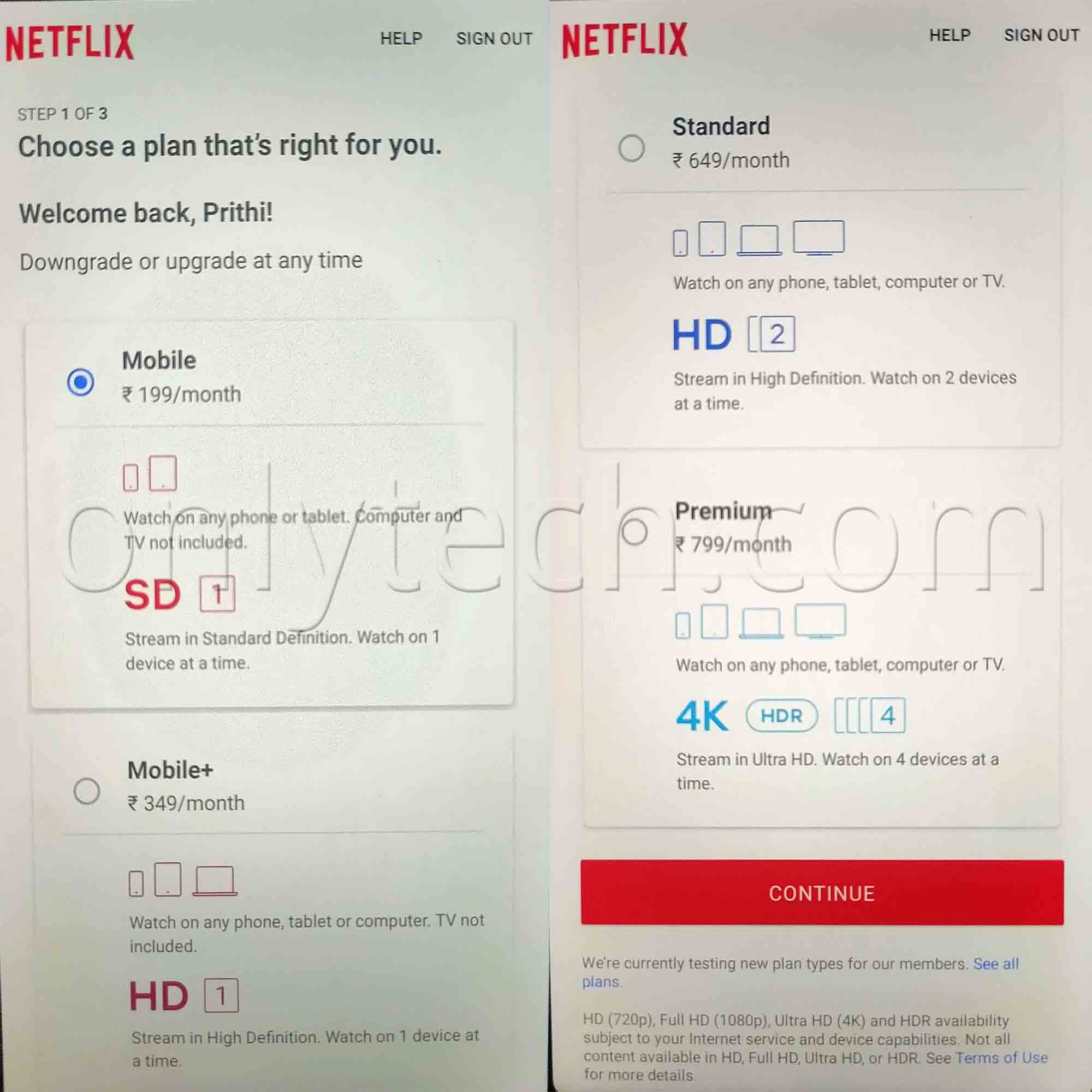 The Rs 349 plan dubbed as ‘Mobile+’ will allow Netflix customers to stream Netflix on any phone, tablet, and computer. The plan however doesn’t allow the option to watch Netflix on TV. The ‘Mobile+’ plan similar to the Standard Definition ‘SD’ plan allows customers to view Netflix on only 1 device at a time.

‘Mobile+’ is an upgraded version of the ‘Mobile’ plan which currently offers streaming on any phone or tablet in Standard Definition with customers only allowed to view Netflix on 1 device at a time.

Commenting upon the launch a Netflix Spokesperson said, “We launched the Mobile Plan in India to make it easier for anyone with a smartphone to enjoy Netflix. We want to see if members like the added choice this offer brings. We’ll only roll it out long-term if they do.”

AndroidPure was the first to spot the new plan, however OnlyTech was able to independently verify the testing of the plan courtesy of our community forum member Prithi Deb.

The cheapest Netflix plan in India currently dubbed as ‘Mobile’ costs Rs 199 which offers SD streaming on any phone or tablet. The next HD plan in line is the ‘Standard’ plan at Rs 649 which offers HD streaming on any phone, tablet, computer or TV with the benefit to stream on two devices at a time. The stopgap ‘Mobile+’ plan will fill the gap between ‘Mobile’ and ‘Standard’ plan and should attract customers who are looking to stream in High Definition but want to shell out lesser than Rs 649.

What’s your take on the new Netflix plan? Do you find it interesting, let us know your opinion in the comments section.

Vodafone Idea pays up another Rs 1,000 crore to DoT towards AGR dues