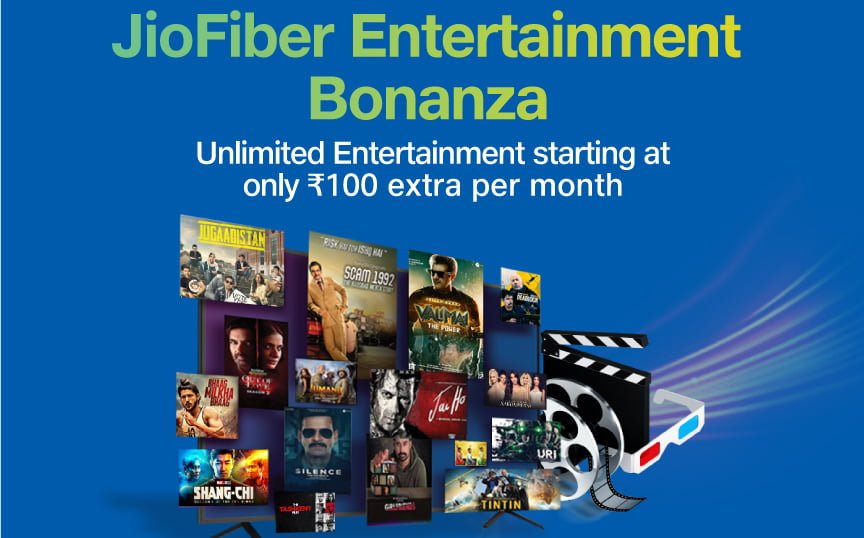 Reliance Jio has launched a special proposition called Entertainment Bonanza add-on for its entry-level postpaid subscribers on the Rs 399 and 699 plans. These add-ons are priced at Rs 100 (Entertainment plan) and Rs 200 (Entertainment Plus plan) and offer bundled subscriptions to 6 and 14 OTT apps respectively.

JioFiber has removed the entry-level barrier for new postpaid subscribers by offering the Router and Set Top Box free of cost (No security deposit either) as well as waiving off the installation charges and in effect making it a zero cost proposition for new users wishing to join the service. The new entertainment bonanza add-ons will be available to subscribe to from 22nd April.

How to get new JioFiber Entertainment Bonanza plans:

JioFiber users without an STB can simply schedule an appointment for the delivery of a free Jio Set Top Box, after having selected and paid for the Entertainment Bonanza Plan.

Only for Postpaid. Why not Prepaid?

I am finding no difference in 999 plans and above, it seems only the 30 Mbps and 100 Mbps are updated, remaining seem to be the same.