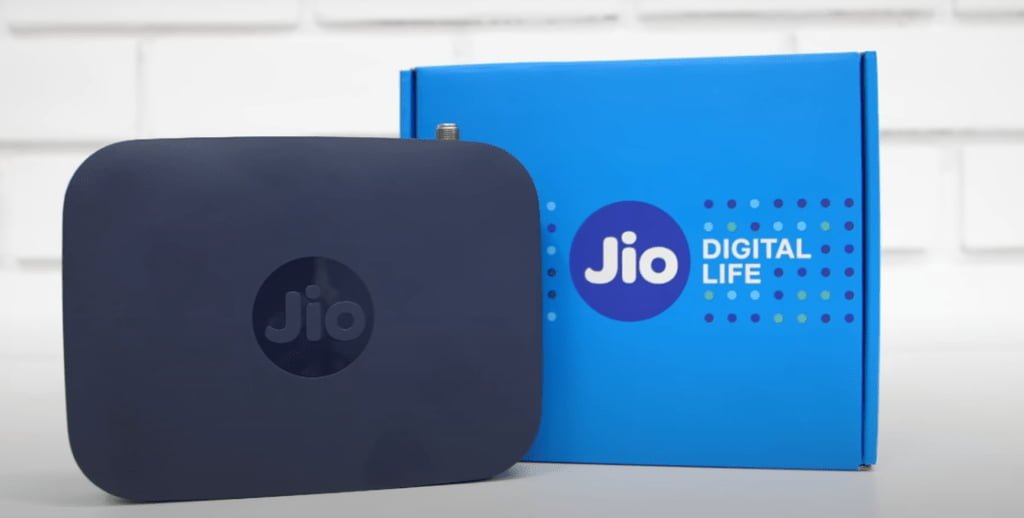 JioFiber has now started shipping its set-top box (STB) with the latest Android 9.0 version. The roll-out of the newer set-top boxes started last month. It has also added Zee5 Premium subscription and JioCall to its offerings over the past 2 days.

Going inside the About device menu from the Settings of the new set-top box reveals that it comes with Android 9.0 and the August 2018 security patch level. Previously, JioFiber set-top boxes were shipped with the fairly older Android 7.0 version. This new set-top box that is shipping with the newer Android version was provided by Jio to OnlyTech member alienwrz, who recently bought a new JioFiber connection.

Android TV Guide, which has been at the forefront of Android set-top box leaks across the world in conversation with OnlyTech shared more information on the new JHS D200 v2 STB. Android TV Guide was quoted as saying, “The box is called ‘Franklin’, which is the code name of the Amlogic S905X2. Mali G31 is the GPU of the Amlogic S905X2. SDMC is probably the OEM of the box.“

OnlyTech reached out to JioFiber to get more information regarding the set-top boxes shipping with Android 9.0. JioFiber was yet to get back to OnlyTech at the time of publishing this article.

Jio has also boosted its offerings with the addition of Zee5 Premium and JioCall apps on the existing set-top boxes. JioFiber users noticed the introduction of these 2 apps yesterday on our community forums.

JioFiber user Abhishek Jha was quoted as saying, “They (Jio) have added Zee5 yesterday (Saturday). All premium content along with all Zee channels are running live. I guess they are slowly adding relevant stuff.”

JioCall app is also now available for installation as per another JioFiber user Vadivelan. It can be installed through the JioStore. JioFiber users can now make video calls through the app, given that they have installed a suitable webcam with their TV.