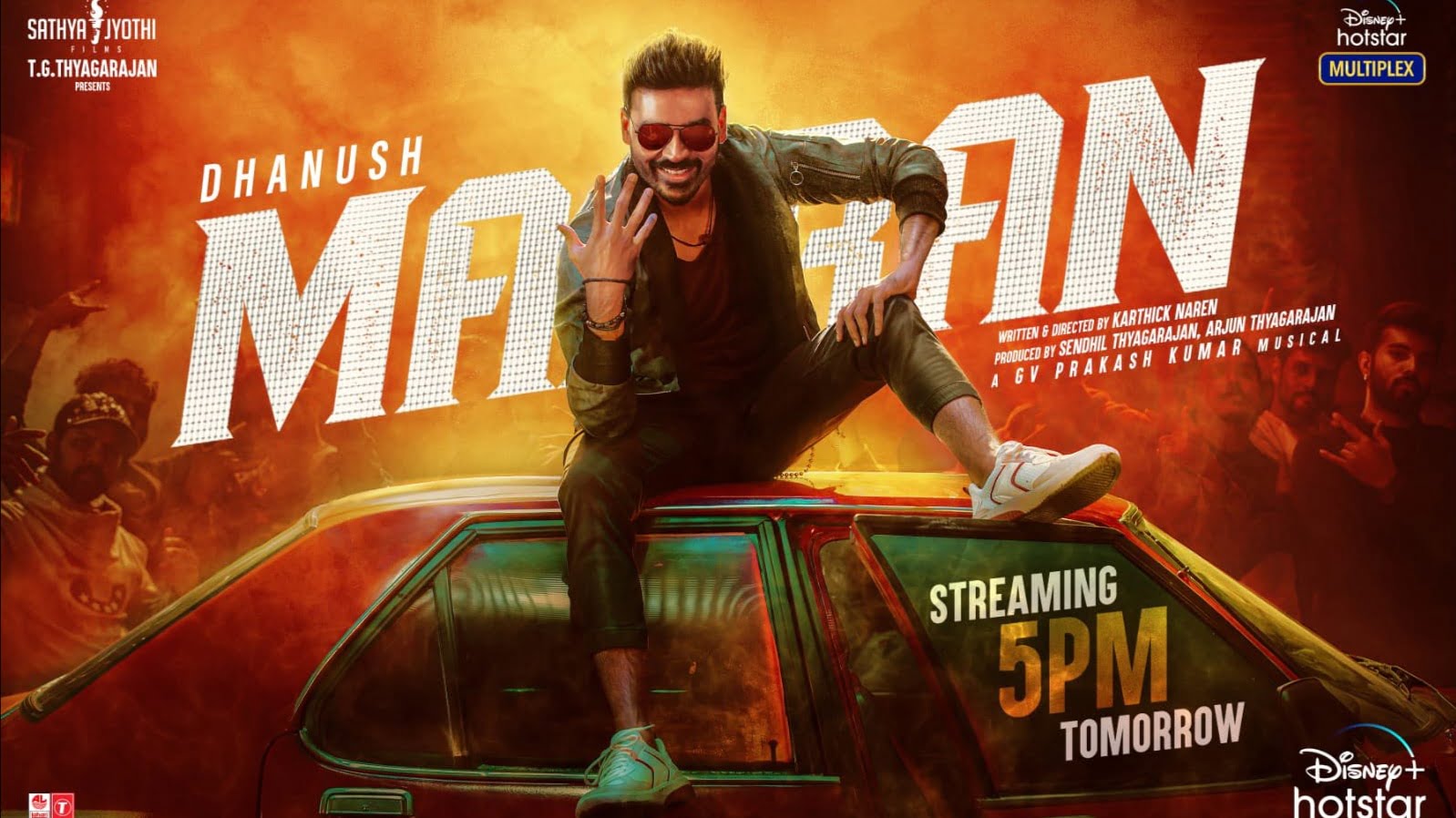 After Jagame Thandiram and Atrangi Re, Dhanush is back with yet another digital release Maaran. The film directed by Karthik Naren is a mess with no proper structure or necessary substance to keep audiences hooked. However, the film does have too many twists for the audience to even keep up. One would question the choice of Dhanush to agree to lead this film.

The movie opens with Sathyamoorthy, Maaran’s father, an investigative journalist who instils the belief that truth has to be told no matter the cost in him and gets killed for publishing some story. As Maaran lost both his father and mother the same night, he takes charge of the newly-born sister as well. He too becomes an investigative journalist and befriends Thara. With the request from his friend Arjun, a police inspector, Maaran involves in unveiling a scam by minister Pazhani to win the elections using fake EVM machines. The result of which results in the killing of his sister. The rest of the story involves the investigation by Maaran with the help of his uncle to uncover the truth behind the murder of his sister.

Even though the premise is fine, the screenplay never materialized to make it a watchable action thriller if not a perfect one. By the end of the film, I wonder if the director wanted to convey that investigative journalists should be mindful of the well-being of the people involved in the stories they investigate before putting them in print. Weren’t those guys involved in scams already made up their minds to be involved in those anyways?

Dhanush in the limited scope that the film offers him is all right. The rest of the cast has little to nothing to do in the film. So, I cannot even risk saying anything about them. Coming to the crew, Karthick Naren known for his hit Dhuruvangal Pathinaaru never seems to have realised his story and screenplay are poor and needs improvement. However, I do give full points for convincing the producers for financing the film and for getting Dhanush to lead the film. Coming to Music, you won’t hear GV Prakash Kumar’s music apart from the hero’s introduction song. Cinematography is okay. Prasanna did an okay job at the edit table to keep this mess at least at a bearable length of 130 minutes.

This is yet another disaster for Disney+ Hotstar in the Tamil market. Incidentally, three of those films are from the same producers Sathya Jyothi films. The platform’s Tamil acquisition team has to be more careful after this disaster and should do their proper due diligence not to make such films available for its subscribers in the future.

Finally, I can conclude by saying this film should never have been made. Even after reading this review if you want to watch the film, you can do so on Disney+ Hotstar in India and on Hulu in the USA.