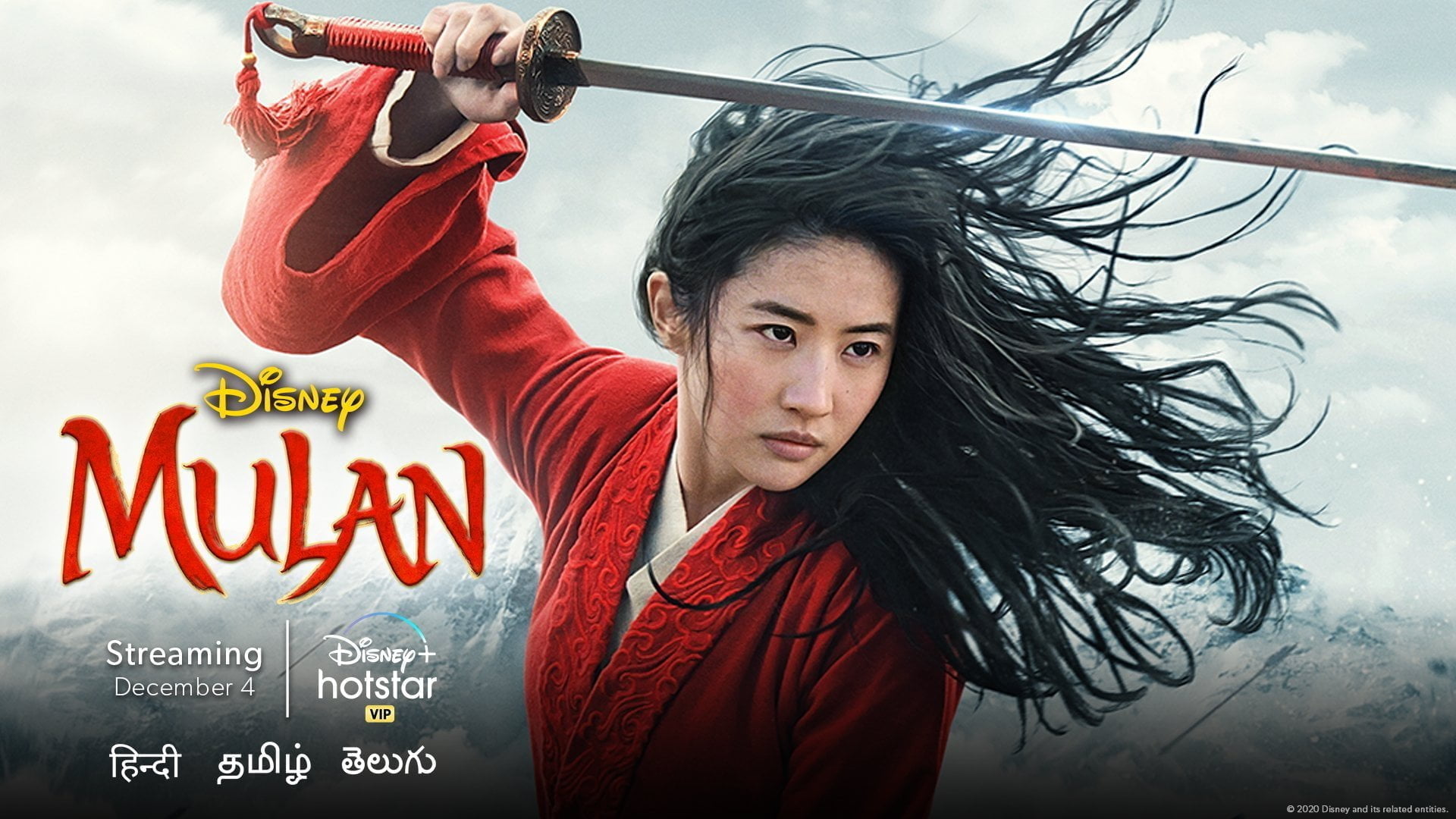 Walt Disney Studios’ latest live-action film Mulan is set to premiere exclusively on Disney+ Hotstar on December 4. Along with English, the film will stream in Indian languages like Hindi, Tamil, and Telugu marking it as the first Disney+ exclusive title to be made available for Disney+ Hotstar VIP subscribers.

The film directed by Niki Caro is based on the 1998 Disney animated film which itself is inspired by Chinese folklore The Ballad of Mulan and follows Hua Mulan, a Chinese girl who disguises herself as a male soldier to save her father from a war with the Rouran army. Unlike the animated film, which was a musical, the live-action film tried to stay true as possible to the Chinese folklore and made it a historical war film.

The film stars Yifei Liu, Gong Li, Jason Scott Lee, Tzi Ma, and Donnie Yen in lead roles. The film was released on Disney+ on September 4 in available markets excluding France under the Premier Access which was priced at $29.95. The film also released in cinemas where Disney has no immediate plans of launch including China which grossed $64.4 million on a $200 million budget.

Yahoo Finance reported that the film would have raked $261 million in the US alone via Disney+ Premier Access. However, no official data regarding the same has been shared by Disney as of now. Mulan will be premiering on Disney+ Hotstar in India and Indonesia and on Disney+ wherever available for all subscribers.

Airtel leads in 4 out of 7 key metrics: OpenSignal Report September 2020

Warrior, The Mandalorian, Clouds, The Undoing, Next, and more coming to Disney+ Hotstar in October 2020