Date and Time : 18th jun at 3:30pm. if final match ends as draw then trophy will be shared.
Southampton has emerged as a potential venue for the World Test Championship (WTC) final. On the day when the contestants for the one of match were identified, the International Cricket Council (ICC) said the venue has not yet been finalised but Cricbuzzhas information that the world body, along with host board, England and Wales Cricket Board (ECB), has checked the preparedness of Ageas Bowl, the home ground of Hampshire County Cricket Club.

"I can't give much information apart from the fact that there has been discussion about it," confirmed Southampton cricket boss Rod Bransgrove about an approach to stage the final at the Ageas Bowl. "I am the chairman of Southampton and I can say we have been asked to stage it and also inquired if Southampton is available. I don't know if anything has been finally decided as yet," Bransgrove said. 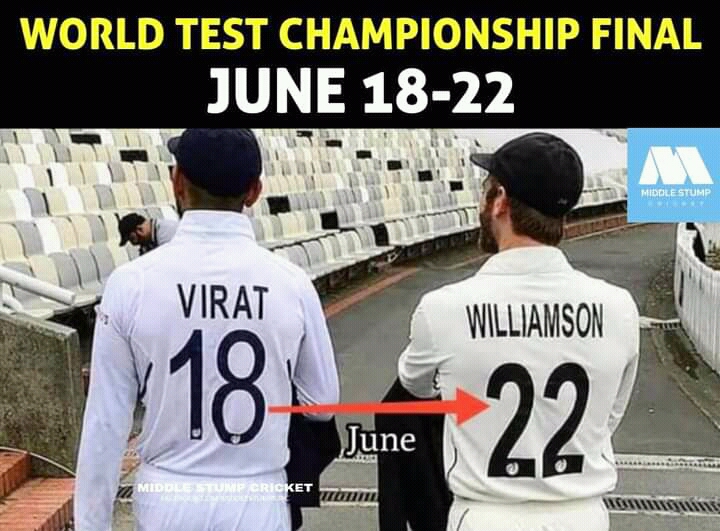 Match will not go to your birthday.. It will end by 21st

rajrocks said:
Southampton will host the WTC final between India vs New Zealand from June 18th
Click to expand...

It should have been Narendra Modi Stadium Ahmedabad

Justlita22 said:
It should have been Narendra Modi Stadium Ahmedabad
Click to expand...

Translation- (bro do you want to end the match on 19th?)