Why is Dropbox Successful ?

Why is Dropbox Successful?
It's the Simplicity 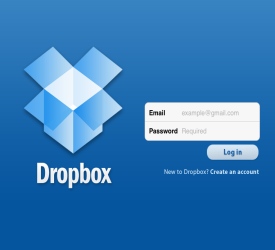 Why is Dropbox so important? We're willing to bet that its 50 million users would have a variety of answers as to why they enjoy the cloud storage service. Benchmark Capital's Bill Gurley has a few words of his own: More than 400, in fact, as to why he and his firm find a value (and an investment) in what Dropbox offers.

But Gurley's argument – posted on the eve of a San Francisco celebration commemorating Dropbox's 50 millionth user – can really be boiled down to just two words: The Cloud.

Seems simple, right? But Dropbox's ability to seamlessly execute cloud storage with minimal user fuss is its billion-dollar proposition. And as users experience and enjoy the exchange to greater degrees, the importance they place on their physical devices begins to shift, Gurley argues. That's the key.

"Once you begin using Dropbox, you become more and more indifferent to the hardware you are using, as well as the operating system on that device. Dropbox commoditizes your devices and their OS, by being your 'state' system in the sky," Gurley writes.

"Storing credentials and configurations of devices, and even applications are natural next steps for this company. And the further they take it, the less dependent any user becomes of the physical machine (HW and SW) that is accessing that data (and state). Imagine the number of companies, as well as the previous paradigms, this threatens."

While you're likely to find many who will agree on the strength of the Cloud, not all pundits think that Dropbox offers the most ideal balloon to get there. Gurley's argument, after all, could be made for a number of Cloud storage services on the market. What makes Dropbox so special, writes Chi Corporation Chief Technology Evangelist Greg Knieriemen, when other storage solutions offer either a stronger group of features or a more competitive price?

"I would argue that SugarSync handles file syncing and file management much better than Dropbox with many more features," Knieriemen writes. "For the next month Box.net, with similar features to Dropbox, is giving away 50GB of data. It's a crowded space and the window for Dropbox being unique or disruptive is closing quickly."

It's clear that Dropbox needs to continue to find new ways to maintain its edge, and that fact becomes even more apparent as the heavyweights begin to jockey in the storage race: Apple (iCloud), Microsoft (SkyDrive), Google (the up-and-coming GDrive), and all the other third-party storage services looking for a slice of the market.

To that, some pundits argue that Dropbox's best edge is just how potentially purchasable it is; that the company has set itself up as a perfect acquisition target for any company looking to carve a bigger foothold in the cloud storage arena.

But if selling out isn't to be Dropbox's future, perhaps the service just needs to continue doing what it does best in order to succeed: The basics, as detailed in an early Powerpoint by founder and CEO Drew Houston.

"Fortunately," he wrote, "we spent almost all of our effort on making an elegant, simple product that 'just works' and making users happy."

i dont know what is it :shy
I

It is a cloud storage space. You install Dropbox on two computer or once computer one mobile, or two mobiles and the comtents of the dropbox folder in both will be synchronised...

I use it to access dropbox PC folder in mobile. Just upload to dropbox in PC and access in Mobile from anywhere...