Was never a fan of iPhones but I am not finding any Android manufacturer maintaining their standards, One Plus is a sinking ship now atleast from the time Carl Pei left, Samsung is destroying its premium market by bringing in Exynos chips to India which usually become slow over a period of time with Mali GPU, maybe that changes with S22 Ultra but who can keep waiting till that time, no Pixels in India, so only had the option for iPhone.

Wanted to upgrade last year only but no 120Hz in 12 Pro Max was a bummer for me as I didn't wanted to invest in a device which was not even having this basic important functionality so skipped that.

I had ordered iPhone 13 Pro Max 256GB Graphite on 26th October, 2021 from a corporate reseller as he was offering a flat 5K off on the phone and initially I went to iNvent(Apple Premium Reseller Store) in my city for choosing the color and buying from there but they were not having any stock for the iPhone 13 Pro series in mid October and I was able to see Sierra Blue and Gold as showcase devices, and immediately hated Sierra Blue at least for my liking, Gold was never a choice for me, so decided to pick Graphite as it is a safe option and obviously it looks elegant.

So I got it at around 1.35 Lacs and further as I had used ICICI Amazon Card so got additional 1K as Amazon Pay Balance. 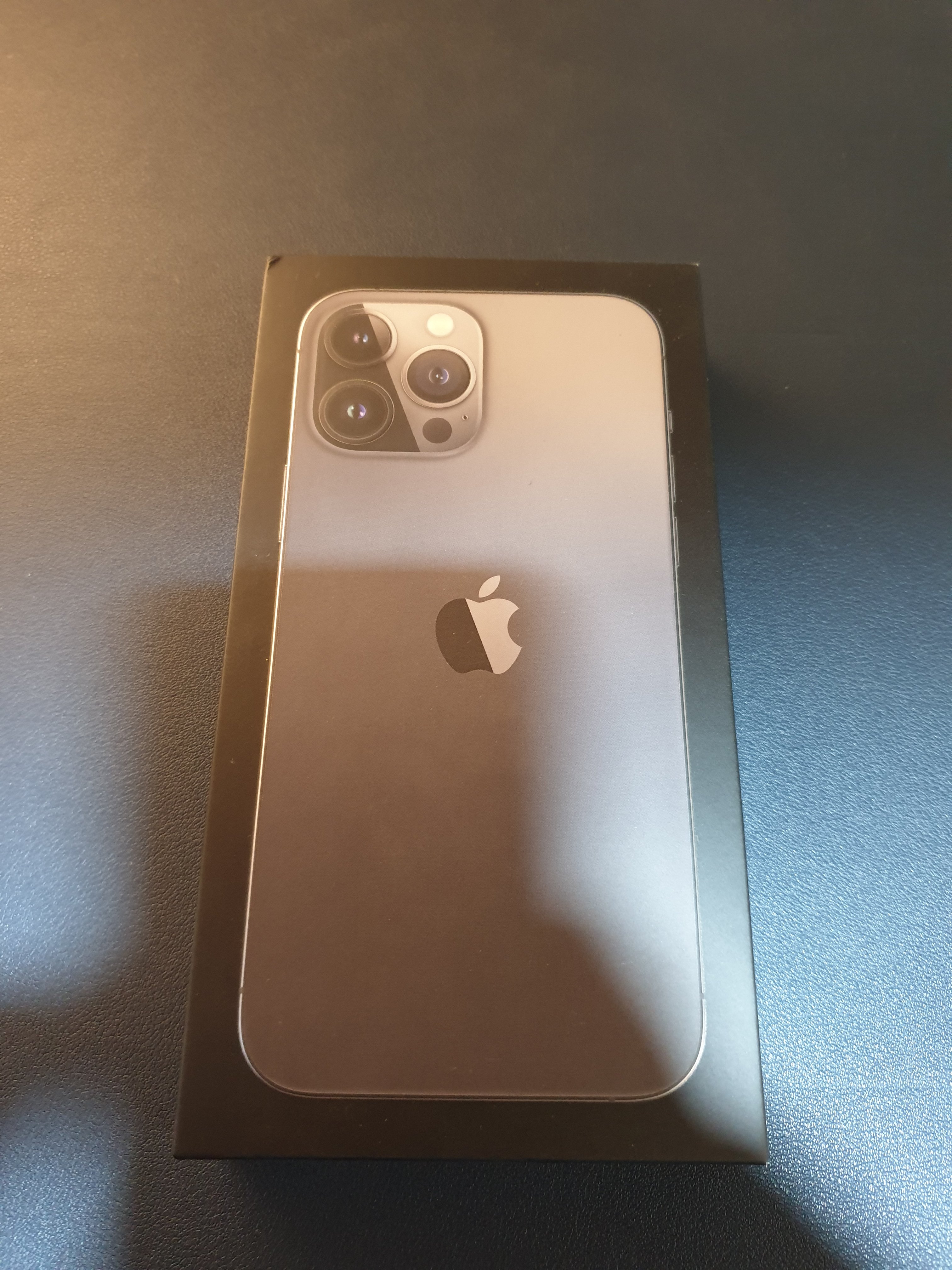 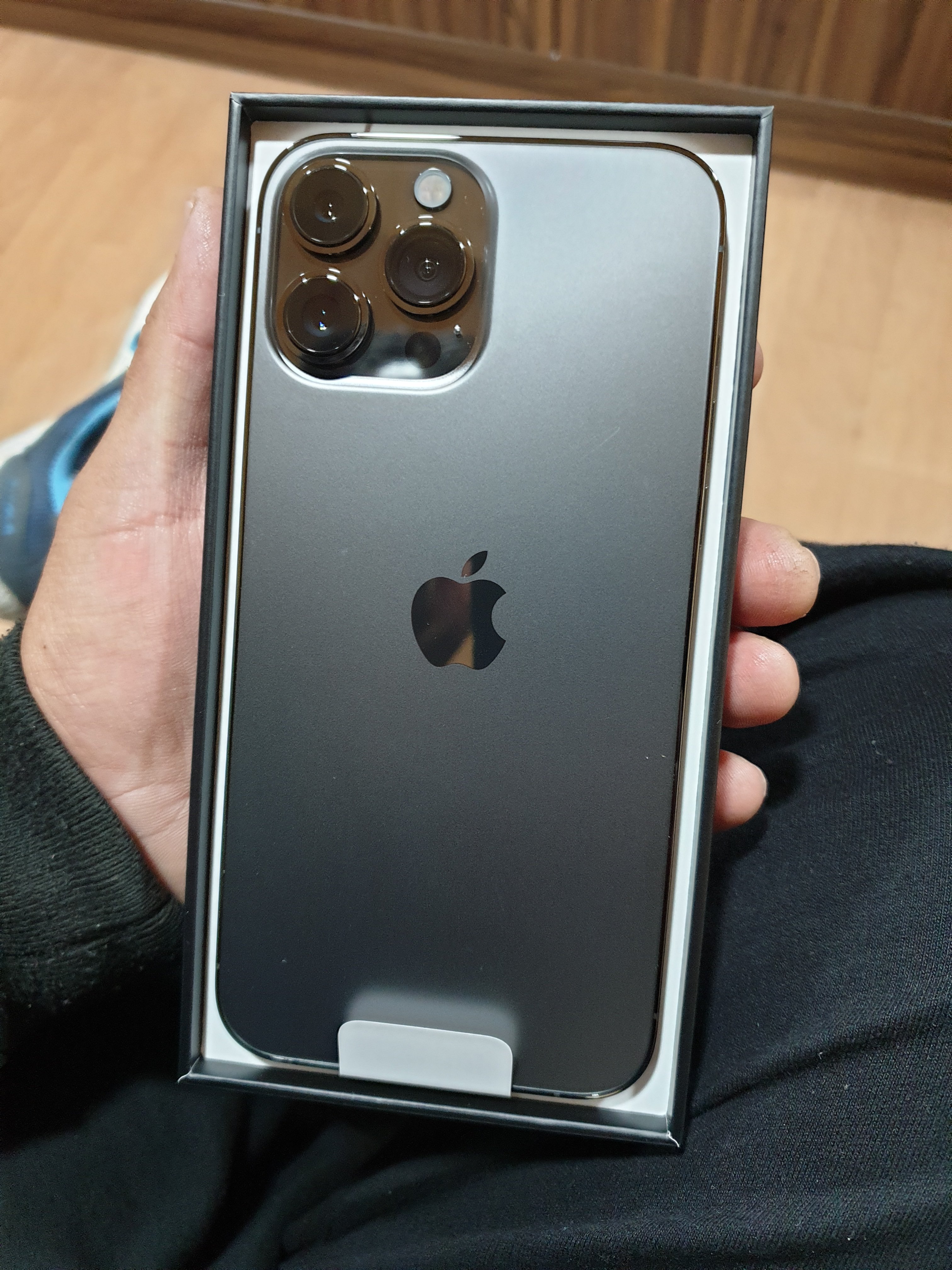 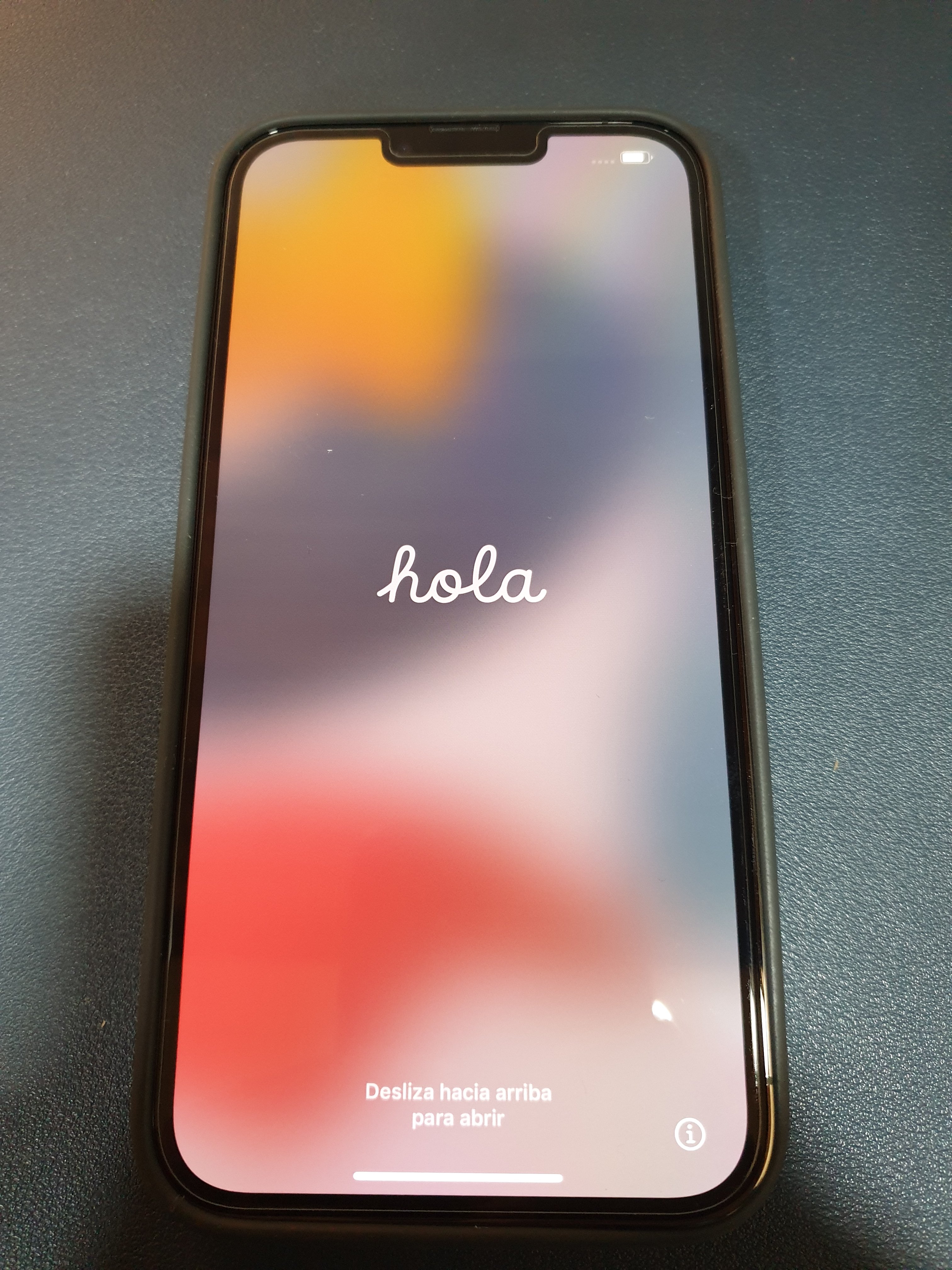 Finally the device was delivered yesterday after a long wait, as soon as I unboxed the box applied the tempered glass from Spigen, the application was quite easy as it had the mould and no air bubbles came in, only somehow two dust particles came from somewhere but still they are quite minute so I can lie with it : https://www.amazon.in/gp/product/B095RQQTRF/ref=ppx_yo_dt_b_asin_title_o08_s00?ie=UTF8&psc=1

Was stuck on which case to buy for the phone and wasn't able to decide for many days but at the last found that Spigen also sells Silicone cases, so immediately ordered it, there were not much reviews but trusted the brand as I have been using Spigen products from last 2 or 3 phones and the case was looking really slippery when I unboxed it but on putting the phone inside the grip seems good and it is not adding much to the weight. 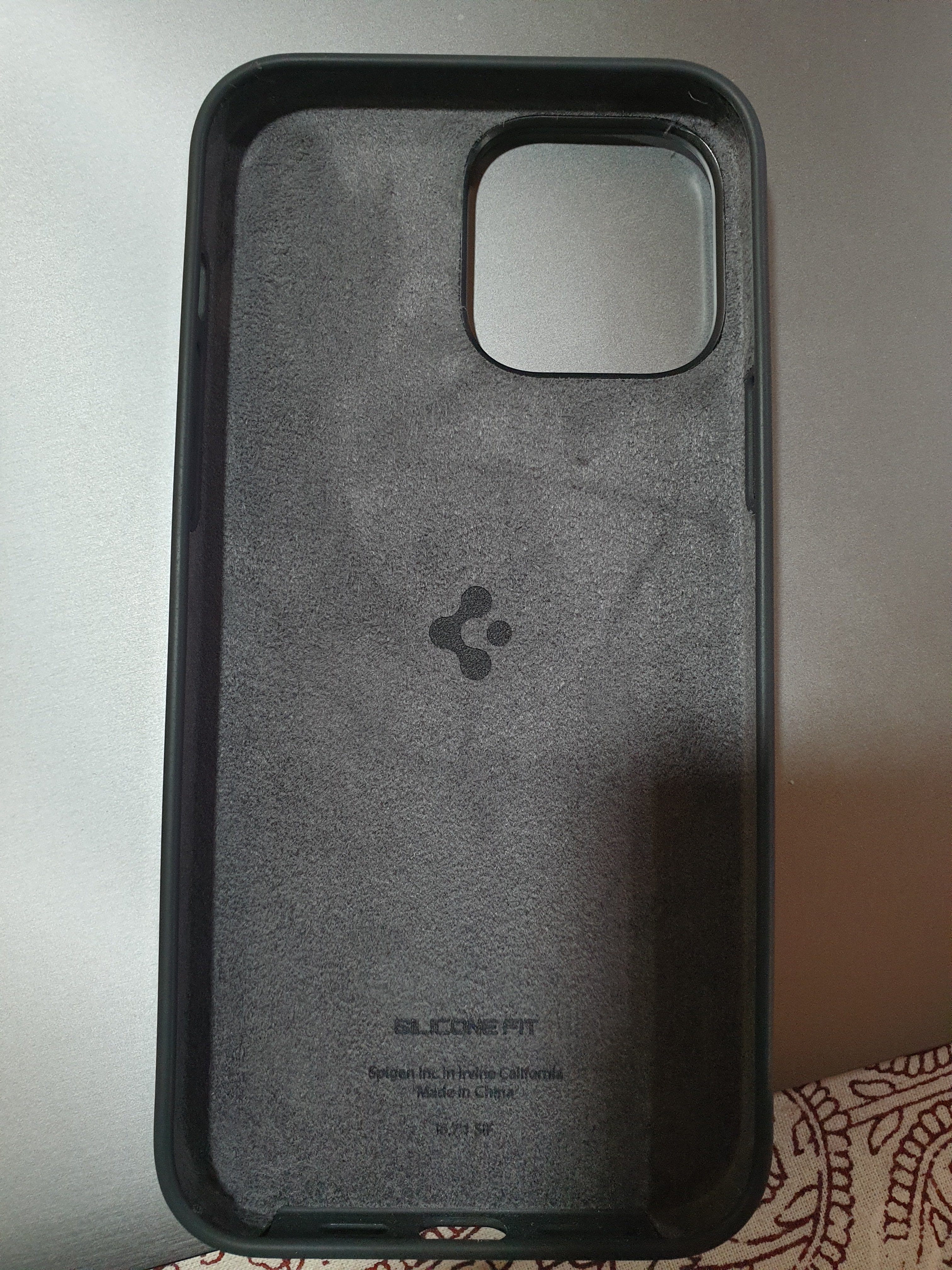 On setting up the phone used Move to iOS to transfer content from my Samsung S9 Plus, but it was stuck on Preparing screen for long time even after mutiple times, browsed through different threads on reddit and found that we need to deselect Messages from transfer as there is some encryption put in by Samsung which doesn't allow transfer of messages and I unchecked it and remaining Google Account details etc were moved in 1 minute, immediately updated the phone to iOS 15.2.

Raised a request with Airtel for esim and it was so so smooth, within 30-35 mins the esim request was taken and got the signals in 1 hour, but now not able to set most of the applications as OTP's are not coming due to sms blocking.

Initial impressions for iOS are positive, and regarding the device below are my observations till now :
Display : It seems great except the notch, my S9 Plus looks like a more refined screen even with bezels, hate that notch, Netflix and Disney+Hotstar are in Dolby Vision which is looking amazing compared to my Samsung S9 Plus, regarding 120Hz I'll be frank I came from S9 Plus 60Hz and I still don't feel much difference maybe because it is dynamic(10Hz-120Hz), my parent's One Plus 7T and Redmi Note 10 Pro seem more smoother but maybe I need to try this in games to judge it.

Battery : When I took out the phone from the box battery was 65% and I installed all applications kept constantly watching videos and doing some or the other stuff and the battery currently is 39%, now that's something extraordinary for me, yet to charge it, I know that would be a pain due to slow charge but Screen on Time might make up for that.

Camera : Yet to test it, tried to take some astro photos last night but they turned out to be unpresentable due to really cold temperature at my place my hands were constanly shaking and kept exposure at 10 sec and then 3 sec and both shots turned out to be blurry, now hunting for a good tripod.
Uploading few Macro shots I took this morning, would be posting more pics in this thread once I take them, in short time impressed with the camera, obviously Cinematic mode is a gimmick at this time I can use to show off but won't use it for all videos, normal video is much better at 4K 60 fps. 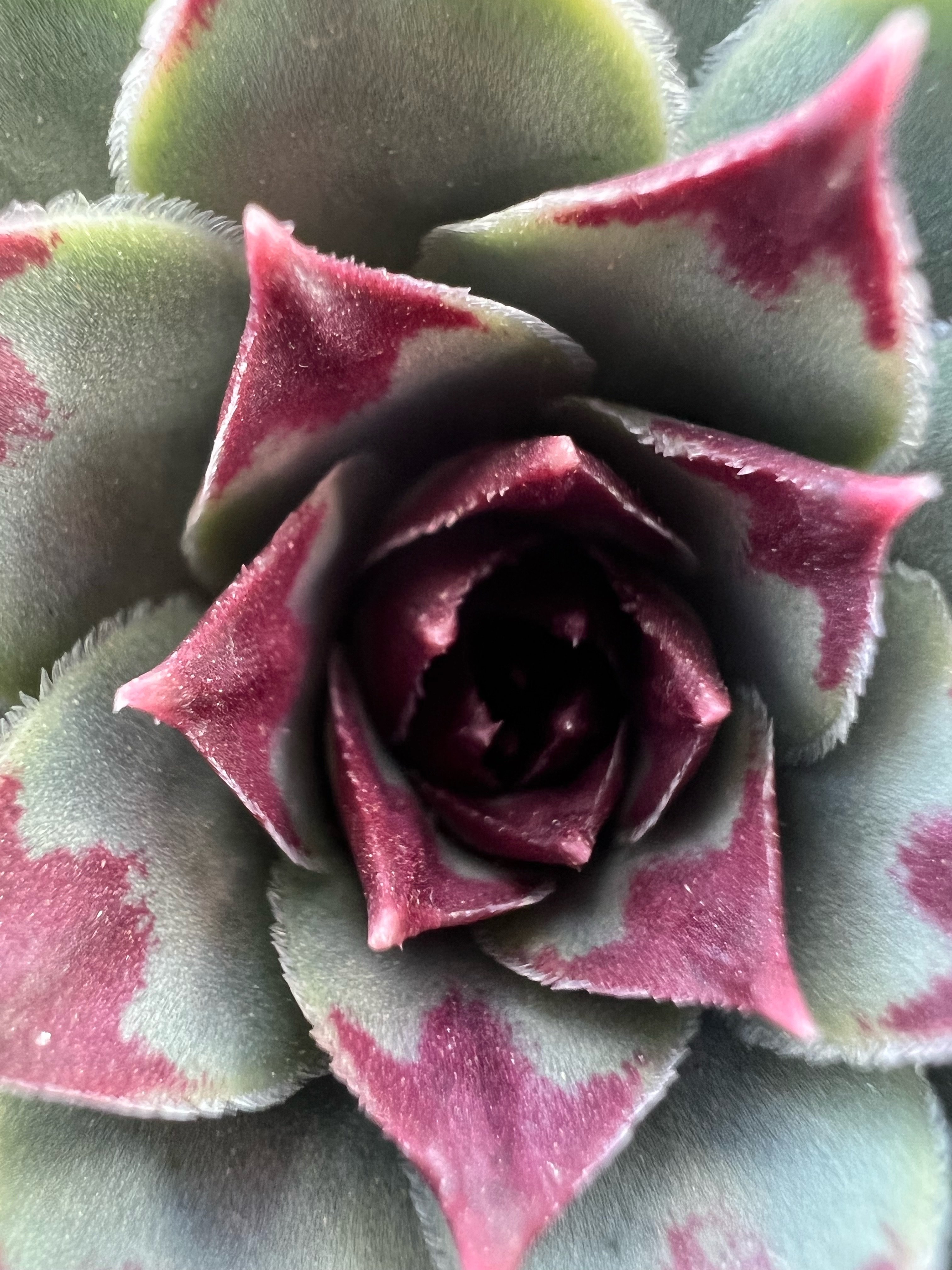 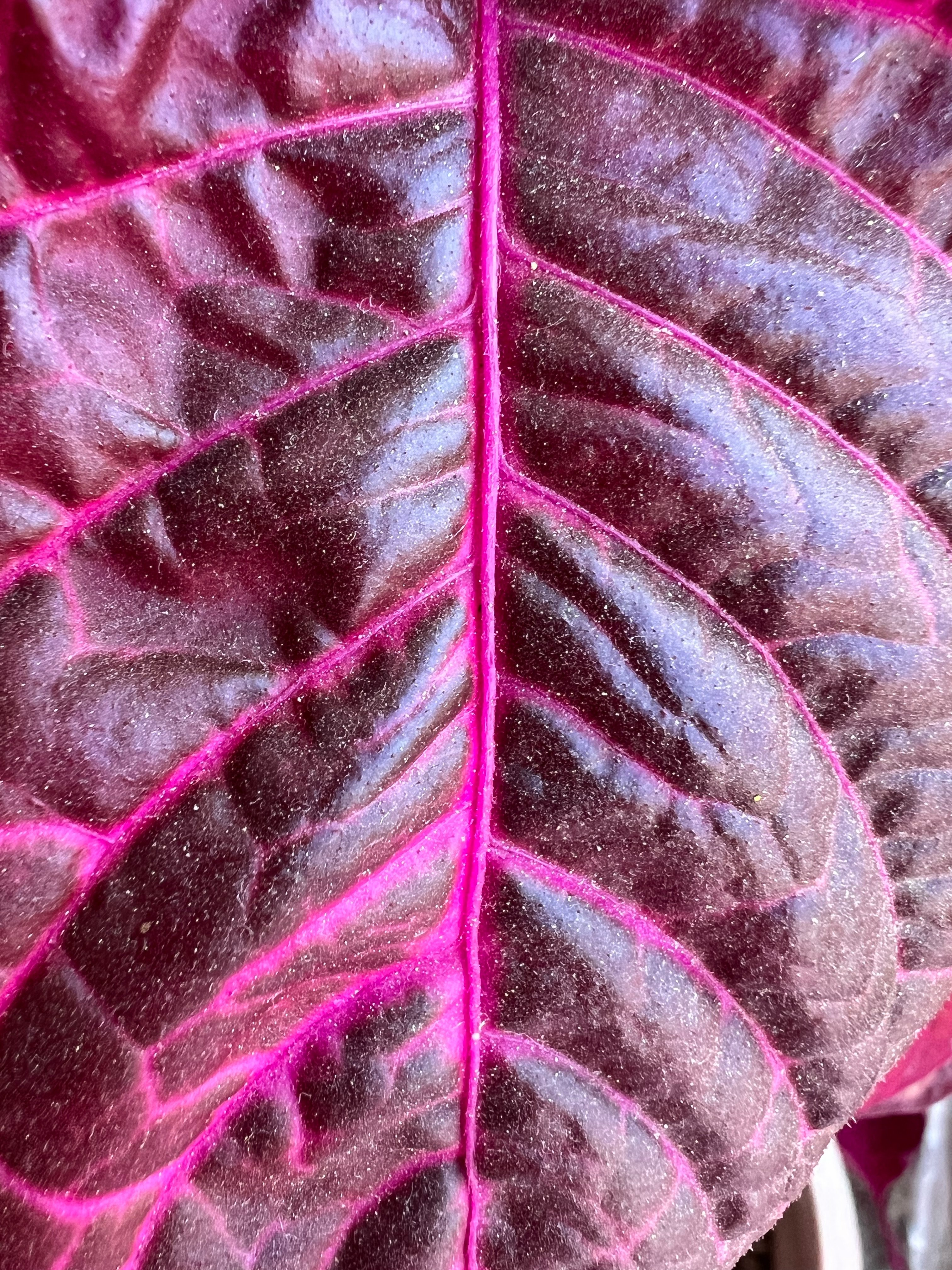 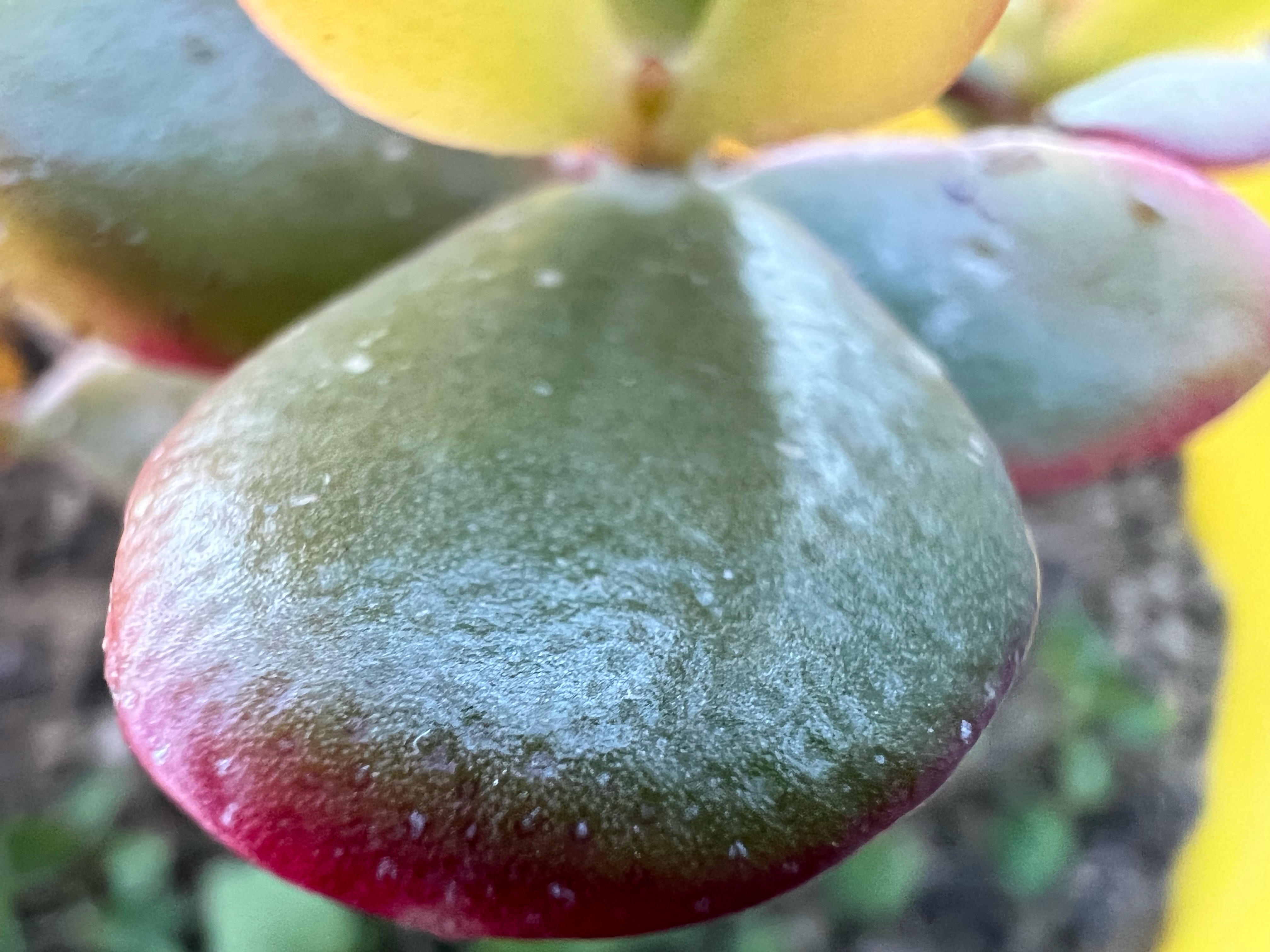 Applications : I have got all the applications that I was using on Android, so that's not an issue, only stuck with Whatsapp, I feel I need pay 1600 to use Wutsapper to transfer messages, that seems to be the only solution, waiting for sms service to work again to do that, it is a really sad part for an app like Whatsapp.

Weight and In Hand Feel : Looks premium from first instance, weight doesn't matter to me much until I am getting an excellent battery

Rest impressions I'll post once I use the device in upcoming days.
Last edited: 16 Dec 2021

Congratulations! And thanks for the detailed review.

to leave Android after using for this long and shift into a totally different OS environment as your primary driver.

I don't want to freak you out but I have also tried iOS (iPhone 12) this year and still prefer Android more comparing to iOS as my daily driver. I find using Android more comfortable. All the Google apps (with addition to Telegram) feels a lot better and smoother on Android. iOS has evolved but still Android will be my first preference for now.

With the Android 12 update, we have got most of the iOS security-related improvements too. (Reference)

Note: The above is based on my personal experience and you may have different requirement that iOS may suit you better. 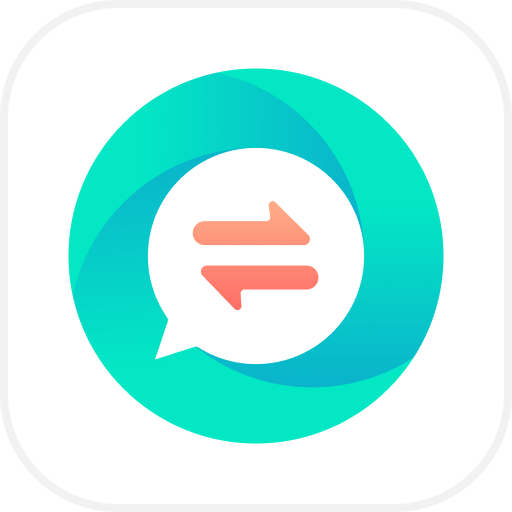 Transfer WhatsApp and WA Business messages between Android and iPhone

Try this via OTG cables

Congratulations brother and thumbs up for well written review...

Transfer WhatsApp and WA Business messages between Android and iPhone

Is this free bro? I think it is more expensive than that Wutsapper, its desktop version costs around 2K

Congratulations and welcome to iOS Family.

I am sure you will like the new OS and phone as days pass buy.