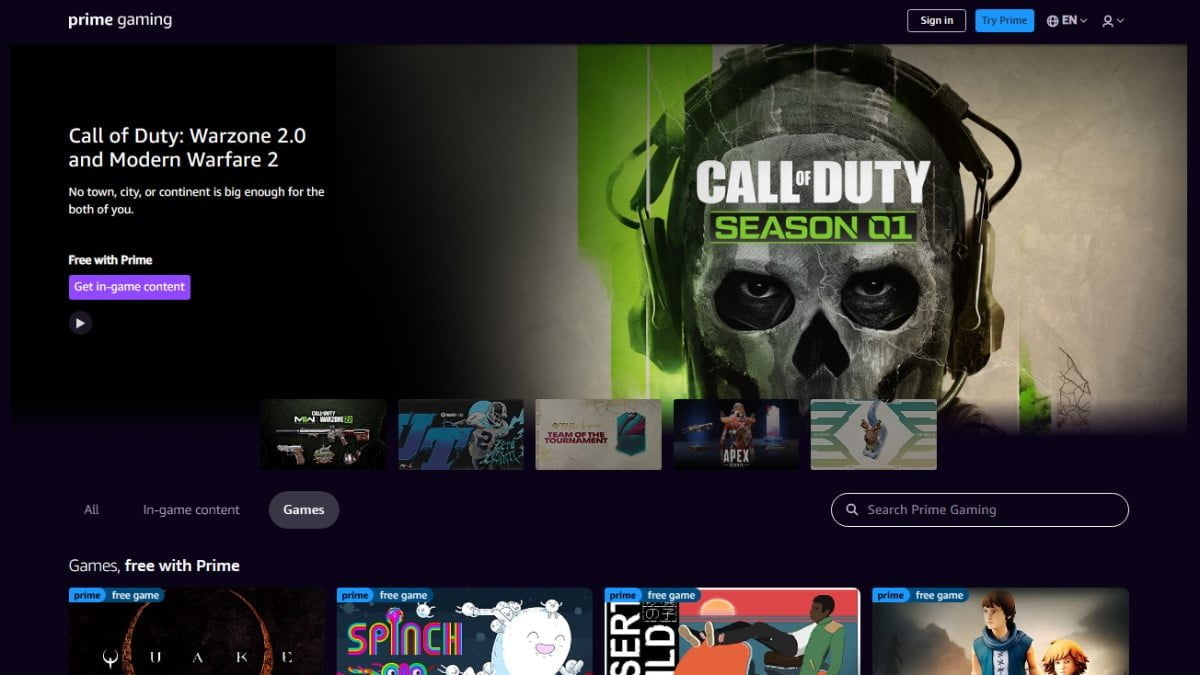 Amazon has launched the Prime Gaming service in India. Prime Gaming service is included as a part of the Amazon Prime subscription and offers free games and in-game content every month. For December 2022, the service is providing access to eight PC games, including Quake, Spinach, Desert Child, Brothers: A Tale of Two Sons, Banners of Ruin, Rose Riddle 2: Werewolf Shadow, The Amazing American Circus, and Doors: Paradox.

Prime Gaming users in India can also claim various in-game content, including League of Legends, Fall Guys, Call of Duty: Warzone 2.0, FIFA 2023, Destiny 2, Roblox, Apex Legends, and more. Once claimed, users can keep them forever. Amazon has created a microsite that lists all the free games and in-game content that are available to claim.

Users need to sign in with their Amazon account to claim the in-game rewards and games. However, some games may require users to link their EA, Epic Games, or Activision accounts with Amazon Prime Gaming to claim select games and in-game content. Select titles also require Amazon Games App to be installed on Windows PC to play.

Prime Gaming in India offers free games and in-game content. It is a part of the Amazon Prime subscription, which costs Rs. 179 a month, or Rs. 459 a quarter. Users can also sign up for a yearly subscription for Rs. 1,499.