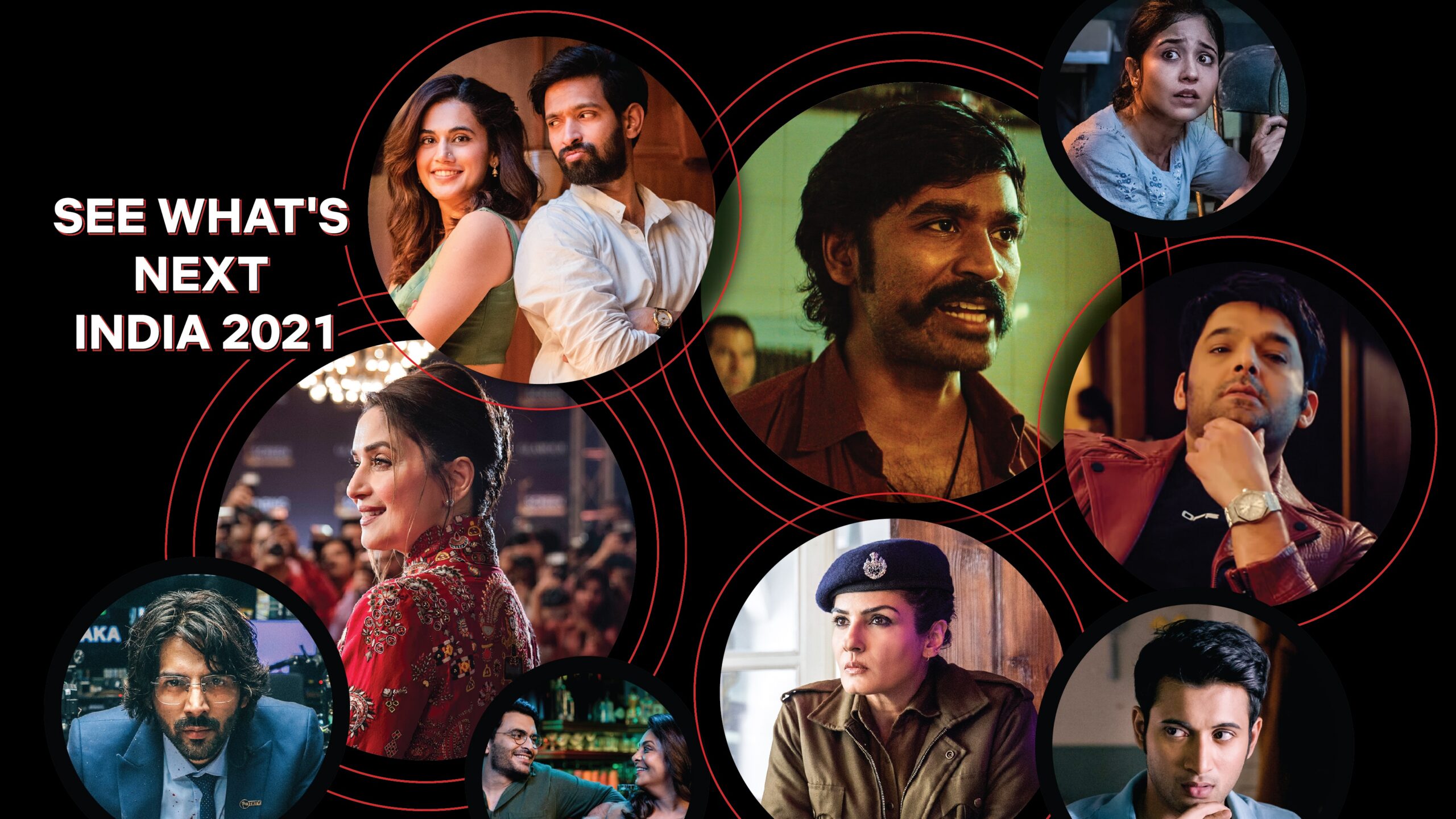 Californian streaming behemoth Netflix that recently completed five years in India has announced 40+ Indian original titles ranging from films and series to reality and crime docuseries. However, the lack of South-Indian titles and talent apart from recently acquired Tamil films Jagame Thandiram and Navarasa is concerning.

On the series front, Raveena Tandon is making her debut with Rohan Sippy’s Aranyak who plays a cop and follows a big-ticket case that digs up skeletons and revives a forgotten Himalayan Myth of a bloodthirsty, serial killing entity in the forest. Also making her digital debut is Madhuri Dixit with a suspense family drama from Dharamatic, Finding Anamika. After a riveting success of The Viral Fever’s Kota Factory, Netflix picked up the second season of the series which was previously on TVF Play and YouTube.

India’s Oscar-winning director Satyajit Ray’s short stories are produced as an anthology series Ray that stars some of the best talents India has seen including Manoj Bajpayee, Kay Kay Menon, and Gajraj Rao. Madhvan after his big success with Prime Video’s Maara is coming back to the digital medium with Decoupled, co-starring Surveen Chawla the comedy series tackles the true nature of people and marriage.

For the time, Netflix India is set to enter into the genre of unscripted docuseries. The first set includes the true crime stories, Crime Stories: India Detectives and Indian Predator, House of Secrets: The Burari Deaths, and Searching for Sheela.

“At Netflix, we love to tell stories that bring us together. Films and series told authentically by Indian creators you love as well as voices that are new. But how do we identify that one story that everyone will love? We don’t. Each and every one of us has our own tastes and moods and all of us want to see our lives reflected on screen.”, Monika Shergill, Vice President, Content, Netflix India, said, “Our upcoming lineup features more variety and diversity than we have seen before. From the biggest films and series to gripping documentaries and reality, and bold comedy formats. We are taking our next big leap in India to bring you more than 40 powerful and irresistible stories from all corners of the country.”

Californian streaming behemoth Netflix that recently completed five years in India has announced 40+ Indian original titles ranging from films and series to reality and crime docuseries. However, the lack of South-Indian titles and talent apart from...