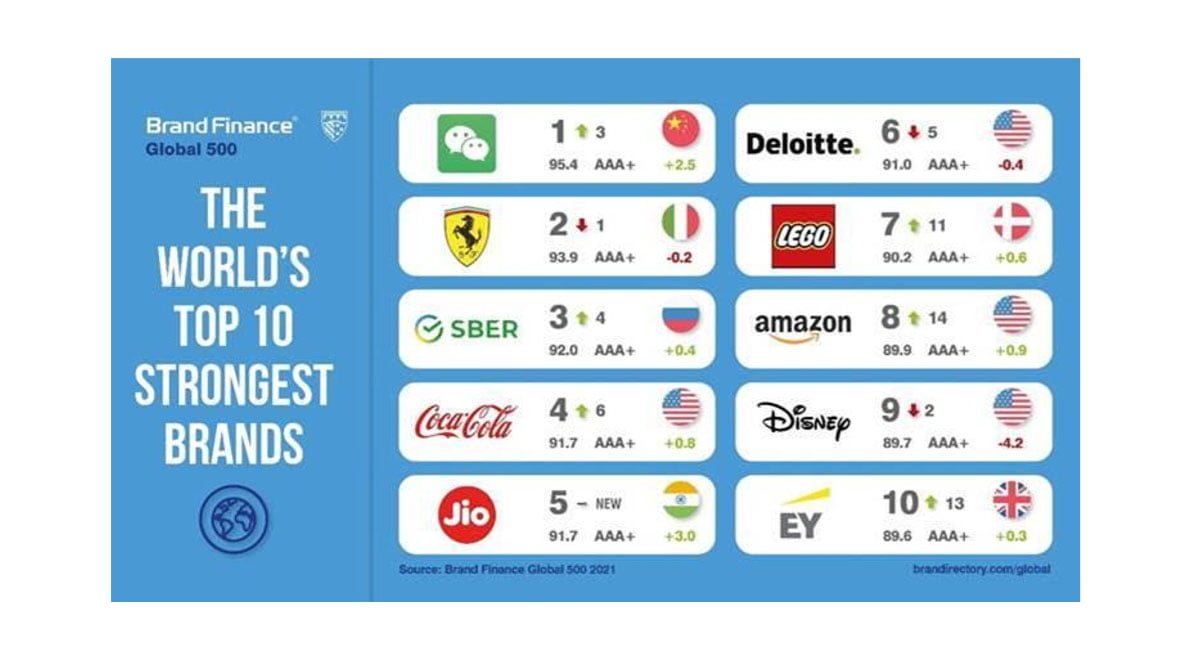 “Renowned for its incredibly affordable plans, Jio took India by storm through offering 4G to millions of users for free, simultaneously transforming how Indians consume the internet – known as the ‘Jio effect’. The dominance of the brand across the nation is evident from the results from Brand Finance’s original market research,” said Reliance Jio in a media release.

The company stated that it scored highest in all metrics including consideration conversion, reputation, recommendation, word of mouth, innovation, customer service and value for money compared to the other telecom operators in India.

Reliance Jio further stated that it showed no major weakness within the sector unlike other telecom brands globally. “Jio has shown that it has broken the mould, and enjoys genuine affection from consumer,” added Reliance Jio.

India’s leading telecom service provider Reliance Jio has entered the Brand Finance Global rankings for the first time this year and claiming the title of the world’s 5th strongest brand. Reliance Jio scored a 91.7 out of […]