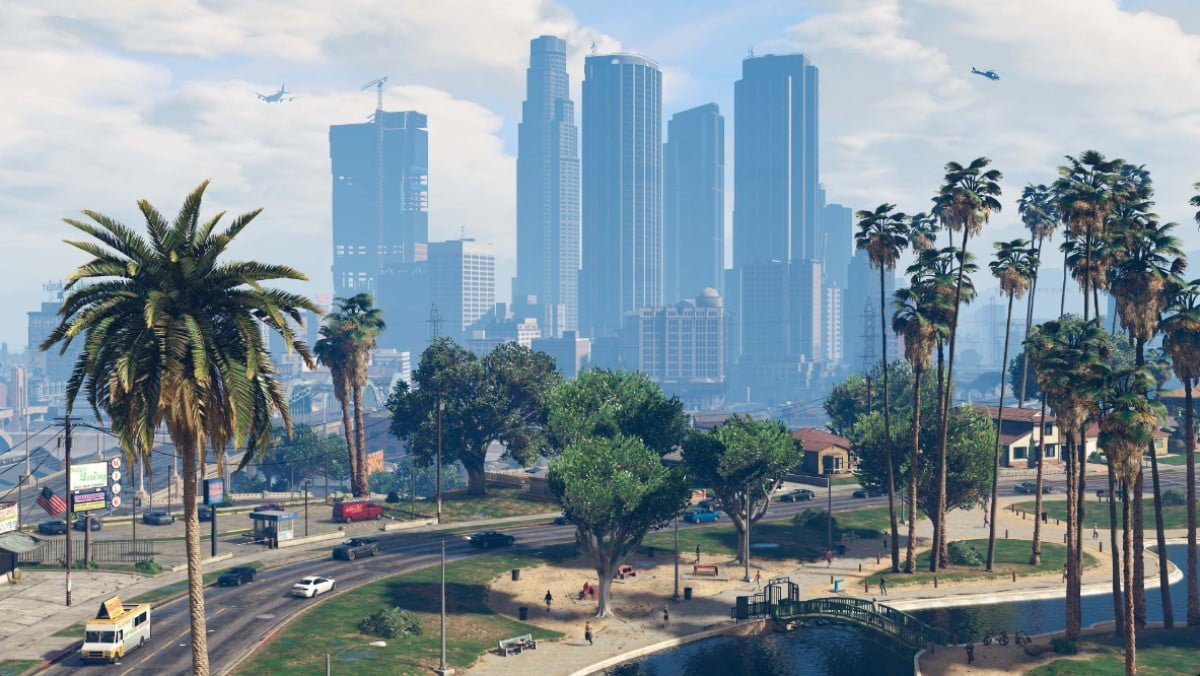 The gameplay footage of the Grand Theft Auto VI (GTA VI), Rockstar’s next installment in its open-world franchise, has been leaked online. According to a report by PC Gamer, a hacker named “teapotuberhacker” on the GTA forums has posted over a 3GB file containing 90 videos of GTA VI gameplay footage. Allegedly, the hacker has more data, including GTA V and GTA VI source code, assets, and test builds, and says they may leak more data soon. He also claims to be behind the recent Uber hack.

In July 2022, Bloomberg reported that the Rockstar’s upcoming game GTA VI could feature two playable characters, including a woman. The leaked footage of the GTA VI gameplay also shows two playable characters, Lucia and Jason, and the majority of the gameplay featured a female lead character. As per social media, one clip showed Lucia robbing a waffle restaurant with her associate and taking hostages, followed by a police encounter. In another video, Jason is seen next to two NPCs near the pool.

The leaked footage of GTA VI went viral on YouTube, Twitter, Reddit, and online gaming community forums. Soon after, Take-Two Interactive, Rockstar’s parent company, started filing copyright claims to take down the leaks. Most leaked footage has already been taken down on various social media websites. Bloomberg reporter Jason Schreier has confirmed from the sources at Rockstar that the leaked footage is indeed from the GTA VI gameplay test build.

The leaked clip shows the early unfinished testing of GTA VI gameplay, which includes some elements of GTA V, updated UI, placeholder text, and animations. Reportedly, some regions of the game are set in Vice City, a fictional version of Miami, since a few billboards and vehicles featured Vice City written on them. For the unaware, in 2018, Rockstar’s game Red Dead Redemption 2 details were published online by a game site called Trusted Reviews ahead of its launch.