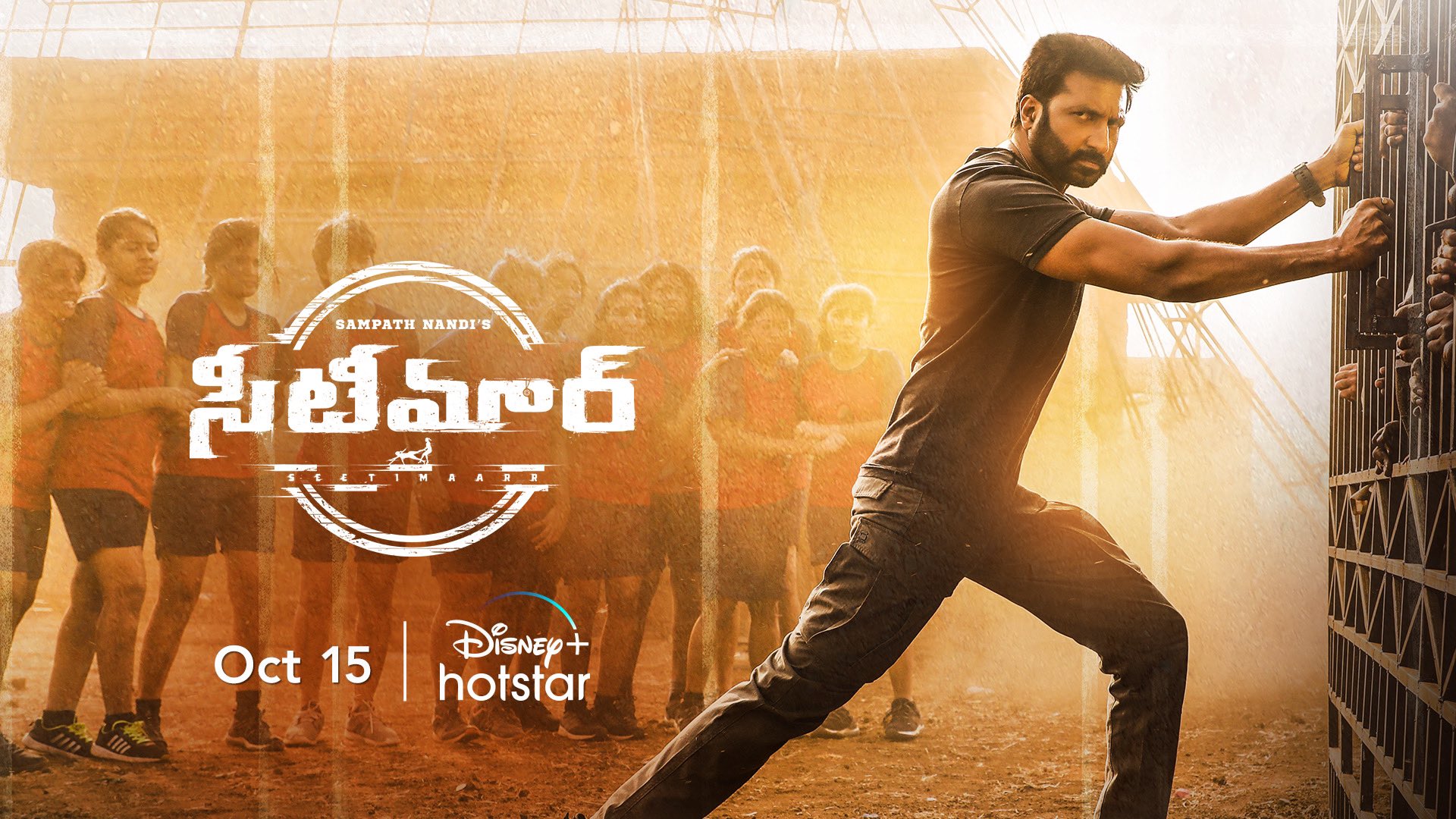 Just Beyond on Disney+ Hotstar

Just Beyond is an anthology horror-comedy series created by Seth Grahame-Smith based on stories written by R. L. Stine. Each episode of the show introduces viewers to a new set of characters who must go on surprising journeys of self-discovery in a supernatural world of witches, aliens, ghosts and parallel universes. All eight episodes are scheduled to drop on October 13.

While Sargunam, Mathangi’s husband insists on going by the law diligently, Vairavan believes that justice must be fought over. The rift between both the characters, Sargunam and Vairavan aggravates and Mathangi’s efforts seem wasted. The suspense is whether or not Mathangi succeeds in uniting her family in this emotional drama. The movie is scheduled to premiere on October 14 along with its Telugu dubbed version Raktha Sambandam.

The next flick on the Disney+ Hotstar Multiplex banner is the action thriller Sanak. The film directed by Kanishk Varma is inspired by Denzel Washington’s John Q and features Vidyut Jammwal, Rukmini Maitra, Neha Dhupia and Chandan Roy Sanyal in the lead roles. The film will premiere on Disney+ Hotstar on October 15.

Free Guy is a science fiction action comedy film directed by Shawn Levy featuring Ryan Reynolds, Jodie Comer, Joe Keery, Lil Rel Howery, Utkarsh Ambudkar, and Taika Waititi. Ryan Reynolds stars as Guy, a non-playable character who works as a bank teller. He must save his friends from deletion once he knows he is an NPC in an open-world video game. The film will premiere on Disney+ Hotstar on October 15 in English, Hindi, Tamil and Telugu languages.

The Telugu sports action-drama film written and directed by Sampath Nandi features Gopichand, Tamannaah, Digangana Suryavanshi, and Bhumika Chawla in the lead roles. The plot revolves around Karthik, the coach of the Andhra Kabbadi team who seeks to win Indian nationals to save his village. The film will premiere on Disney+ Hotstar on October 15.

You (Season 3) on Netflix

The third season of the psychological thriller series is scheduled to premiere on October 15. This season will focus on Love (Victoria Pedretti) and Joe (Victoria Pedretti) who are married and live in the suburbs raising their newborn son Henry. Joe repeats his cycle of obsession this time on next-door neighbour Natalie (Michaela McManus) and Love is forced to flip the script to ensure that her dreams of having a perfect family aren’t torn by Joe’s actions.

The final season of Little Things celebrates Dhruv (Dhruv Sehgal) and Kavya’s (Mithila Palkar) individuality and relationship as they grow together amidst their highs and lows while making their tricky transition from young love to a mature relationship. All episodes are scheduled to release on October 15.

I Know What You Did Last Summer on Prime Video

In a town full of secrets, a group of teenagers are stalked by a mysterious killer a year after a fatal accident on their graduation night. All episodes of the show are set to premiere on October 15.

Tabbar maps the journey of the Singh’s (Pavan Malhotra) family and how their life takes a 360-degree turn after an unfortunate incident. The thriller series is scheduled to premiere on October 15.

The sports drama film is directed by Akarsh Khurana and features Taapsee Pannu, Priyanshu Painyuli and Abhishek Banerjee in the lead roles. The film is scheduled to premiere on October 15.

This flick showcases the undying bravery, fortitude, and fearlessness of an unsung hero, from the deeply buried annals of our history. The film focuses on the undeterred mission of Sardar Udham Singh to avenge the lives of his beloved brethren, who were ruthlessly murdered in the Jallianwala Bagh Massacre of 1919.  The movie is scheduled to premiere on October 16.

Apart from the aforementioned movies and shows, this weekend will be packed with sporting fixtures as well. The IPL Season 14 final between Chennai Super Kings and Kolkata Knight Riders on Friday on Disney+ Hotstar is the pinnacle of those. BWF Thomas and Uber Cup knockouts featuring the Indian team will be streamed on Disney+ Hotstar as well.

All the streamers are set to premiere 10+ titles across genres this weekend. Free Guy, Sanak and You Season 3 are the titles to watch for.