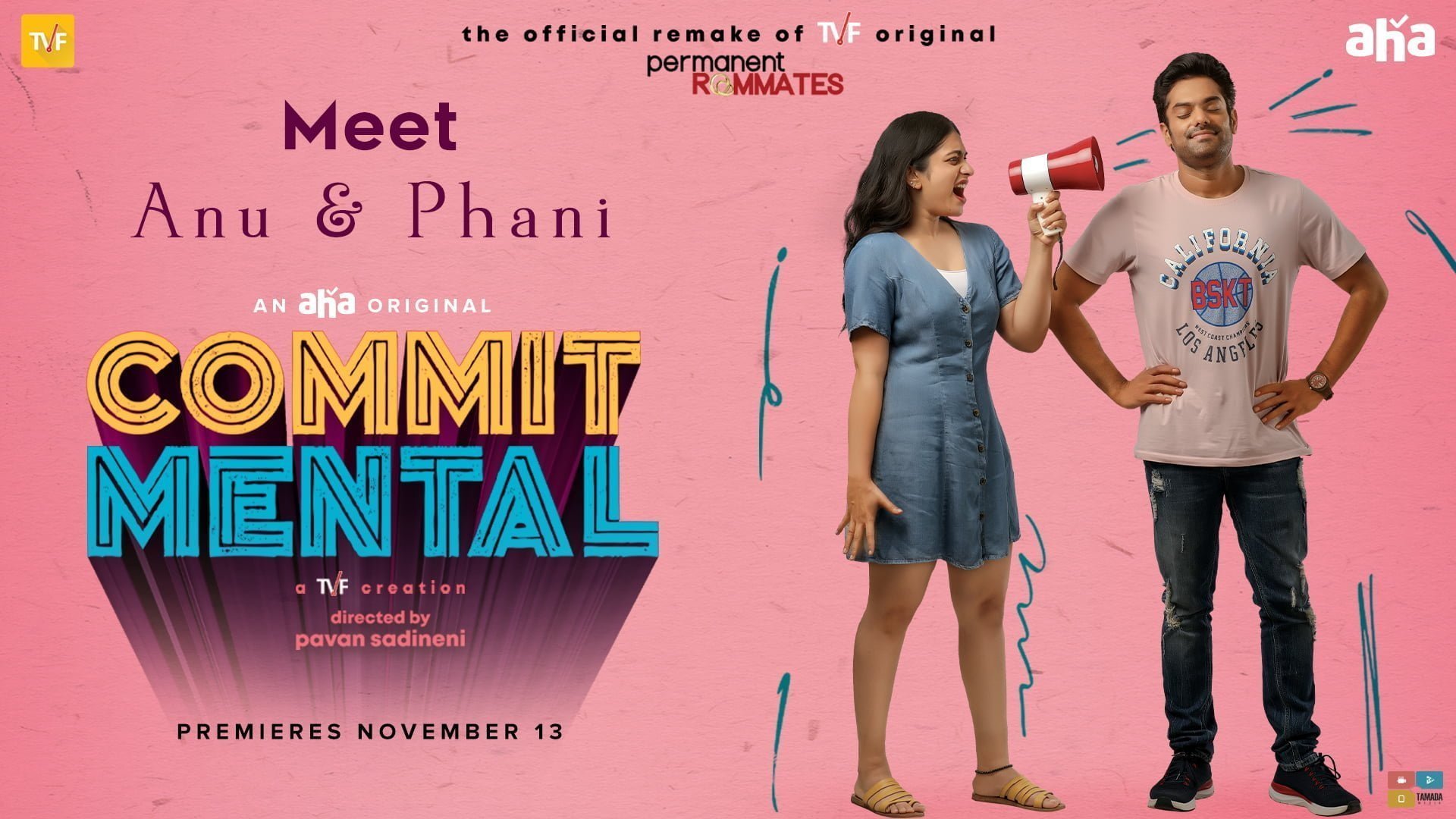 India’s first Telugu-only streamer Aha lines-up content for the Diwali festive season in the competition with giants like Disney+ Hotstar, Prime Video, and Netflix. The streamer tasted success with its direct-to-digital films more so than the competition with the likes of critically acclaimed titles like Bhanumathi Ramakrishna, Color Photo, Johar, etc.

After the success of Krishna and his Leela, the platform is set to bring Maa Vintha Gaada Vinuma with stars Siddu Jonnagaddala and Seerat Kapoor starring in lead roles. The film directed by Aditya and having stalwart Tanikella Bharani in a crucial role is set to premiere on November 13. An original film starring Chaitanya and Payal Rajput Titled Anaganaga O Athidhi is also set to release on November 13.

The Viral Fever popularly known as TVF is entering Telugu space with the remake of their successful web series Permanent Roommates in Telugu as Commit Mental in association with Tamada Media. The series is directed by Pavan Sadineni with Punarnavi Bhupalam and Udbhav Raghunandan is also slated to debut on November 13.

The streamer unveils a new brand film with the objective of bringing festive cheer to every home while celebrating the array of content that resonates with the masses. The streamer was floated by popular Telugu producer Allu Aravind in association with My Home Group’s Ramu Rao Jupally earlier this year is said to have reached 18 million unique users within nine-months after the launch. However, there is no indication of the paying subscriber data.

“aha seeks to serve its audiences with 100% premium Telugu content and we aim to make sure that for our audience Telugu entertainment is synonymous with aha. The brand anthem is a dedication to the Telugu people and an ode to my long-standing relationship with the people for over 30 years. This song encapsulates the spirit of aha from who we’re and what we want to be. We are excited to share the next leg of festive entertainment which kick-starts with an exciting Diwali Bonanza programming line-up. We are introducing a number of originals with some of the biggest stars and directors. Also planned is a special event featuring a special guest! We hope the audience continues to shower us with their love and support,” said, Allu Aravind in his prepared comments.

Nxtra to set up two data centers in Maharashtra