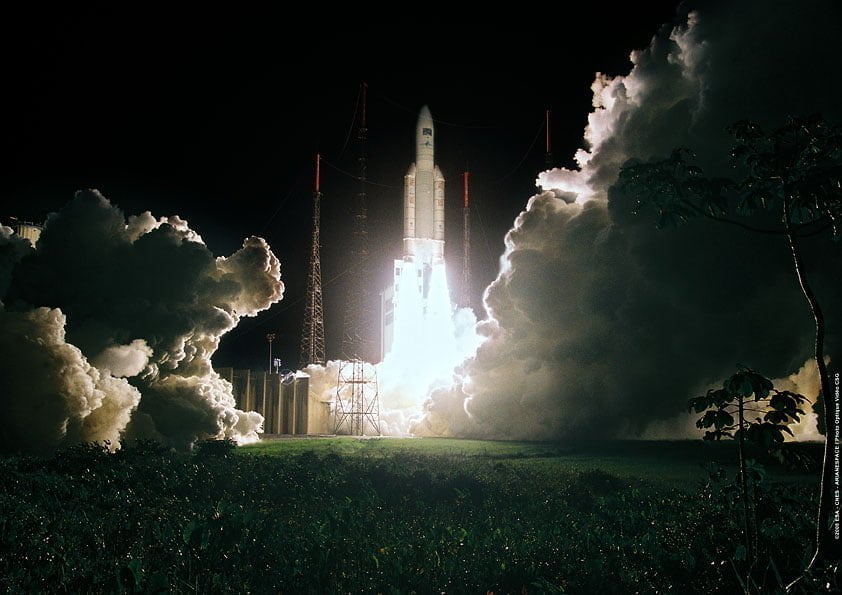 ISRO’s geostationary communications satellite GSAT 30 which will be the replacement for INSAT 4-A is all to set launch in mid-January next year according to the CEO of Arianespace Stéphane Israël.

The next satellite to be orbited for ISRO by Arianespace has reached French Guiana and is ready for processing. The new satellite will be launched onboard Ariane 5 in mid-January.

“The next satellite to be orbited for Arianespace’s long-time partner ISRO is ready for processing after delivery to French Guiana. GSAT30 will lift off from mid-January onwards on Ariane5. Proud of the strong bond uniting India and European Union in space cooperation for a better life on Earth!”

The satellite was initially supposed to launch in early 2019 after the launch of GSAT 31 but was later pushed back by ISRO. It will be based on an I-3K platform weighing 3,450 kg and will provide high-quality television, telecommunications, and broadcasting services. GSAT 30 will be positioned at 83° East longitude where the now decommissioned INSAT 4-A was placed.

The satellite is expected to serve for a period of 15 years after its launch. DTH operator Tata Sky could be one of the beneficiaries of the satellite. ISRO had earlier chosen Arianespace to launch its GSAT-31 and GSAT-30 telecommunications satellites.