If you want to try out the feature, you can either follow the APK link here or sign up to become a beta tester and head straight to Google Play Store and update to the WhatsApp Messenger (Beta). Once you update to the beta version, you can start placing video calls with the earlier voice call button that will now show you two options to either make a voice call or video call. The beta version is compatible with Android version 2.1 onwards.

The latest beta version of WhatsApp for Android will allow users to place video calls only if the recipient is also using a beta version. Both users need to be on the latest beta version else it shows an error message that reads ‘couldn’t place call.’ It is to be noted that WhatsApp for Android (v2.16.318) is in beta mode and when it is rolled out to the masses, it could come with more features and enhancements. Currently, the version does not show a separate video call icon but once you tap on the call icon it will show you two options of voice call or video call. One can use either of the front or rear cameras to make a video call. Available options during a video call include audio mute option and message sending. However, if you tap on send a message, it would put the video call on pause. If the video call is disconnected from the other end, users have the options to cancel, call again, or record a voice message – the same options which are currently available for voice calls.

We downloaded the beta version and were welcomed with the new option to place the video call from the dialer icon in the app. To place the video call, both the caller and recipient need to have the updated version of the beta. Hence, when I made a call, it showed me an error message which read ‘Couldn’t place call.’ After having a colleague install the beta version of the app, it was possible to place the video call over 4G connection. However, given the fact that it is still in beta, there were video quality was poor and there were delayed audio issues. One could expect that with the official update, all these issues will be addressed. Currently, there is no option to specifically tweak the data usage pattern for video calls but users can expect the setting to be introduced with the official rollout.

The renewed interest in internet-based video calling arrives in light of apps like Google Duo, which is centered on video calling and comes with a ‘Knock Knock’ feature that provides users a glimpse of the caller even before they pick the call.

Recently, WhatsApp which boasts over 1 billion monthly active users introduced a Snapchat-like doodle feature for sharing images. This feature allows users to add text or doodle on images before sending them to others. There are also a handful of other features which are expected to come to WhatsApp which include callback, voice mail, and also the ability to share ZIP files.

Parent company Facebook is primarily focusing on videos or moving images across its products, from its social media site to slowly extending the video abilities to its messaging platforms including Facebook Messenger and now WhatsApp. While internet-based video calling has long existed since early Yahoo Messenger and Skype days, what differentiates their existence today is the quality, affordability, and easy access of the technology. Bringing the power of video calling from standalone computer cameras to the smartphone cameras is what has seen a remarkable change over the years. With the introduction of video calling through messaging apps, what will evidently follow is minimal data usage that does not compromise on the call quality. 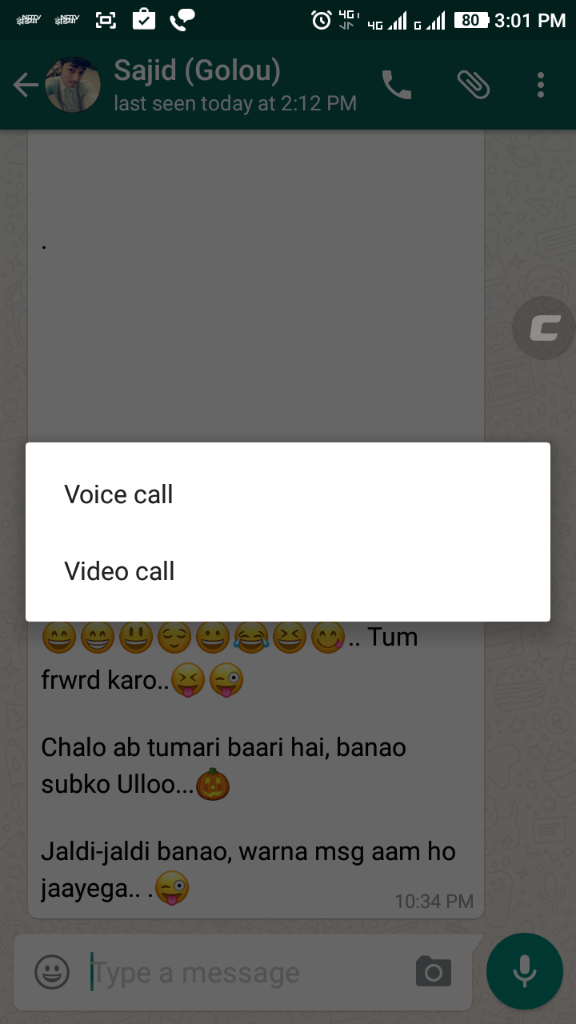 RE: WhatsApp video calling feature comes to Android beta; here’s how it works

RE: WhatsApp video calling feature comes to Android beta; here’s how it works

Go to play store and click on become a beta tester in the whatsapp download page.
S

Want to enjoy video calling on whatsapp ?? download this version


Note : the caller you are calling to must have this version to enjoy video calling

I have removed the link as i don't think it is reliable.

You can download from here: WhatsApp Messenger APKs - APKMirror

All versions including beta available.
S


Bapun Raz said:
I have removed the link as i don't think it is reliable.

You can download from here: WhatsApp Messenger APKs - APKMirror

Yes bro, it may be genuine but it is preferable to use apkmirror since it is used by many reputed websites.
T

I installed and made a video call. He also has the same beta version.
23 More Posts...