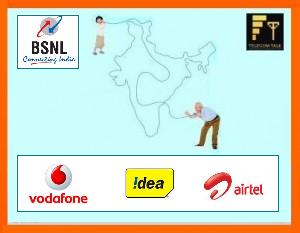 With the disconnection of private operators POI, the customers of Bharti Airtel, Vodafone, and IDEA Cellular cannot make any calls to BSNL customers as well as not getting calls from BSNL network in various circles. However, BSNL has allowed the subscribers of these private operators to make emergency calls to some BSNL numbers like 100, 101, 102 & 108.

Despite, on 18th October 2011, Indian Telecom Regulator TRAI issued directives (406/10) to BSNL to restore the inter connectivity with all private operators immediately and submit a report on Friday, 21 October and till date there has been no action from the BSNL side.

According to a press statement issued by COAI, BSNL continued disconnections despite orders of the Telecom Dispute Settlement and Appellate Tribunal (TDSAT) clearly instructing the organization to act otherwise.While some telecom experts that BSNL may challenge the powers of TRAI to issue any directions to it. 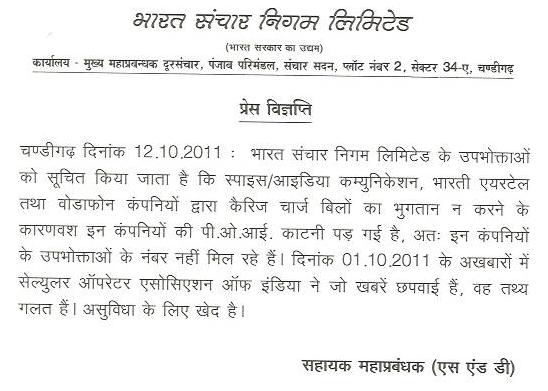 BSNL said that “the company had withdrawn the inter connectivity after giving prior notice & sufficient time for payments of outstanding as per interconnect agreements with these operators.Instead of clearing the dues, these operators are spreading false propaganda against BSNL.”
Source:Telecomtalk
K

Last week, I had a problem calling a land line BSNL number from my Idea number when I was in Punjab. But in Mumbai, I don't face any difficulty calling a BSNL number in Maharastra.

Article Jio adds subscribers at the cost of Vodafone Idea and Airtel in May 2020: TRAI Report