The latest entry to Apple’s M1 lineup is announced at today's event M1 Ultra. The 20-core CPU processor offers 16 high-performance cores and 4 high-efficiency cores, with the 32 cores Neural engine, it can make 22 trillion operations per second. It also features a 64-core GPU, it’s an eight times faster GPU performance compared to the M1 chip introduced in 2020.

M1 Ultra will make its first debut in a new Mac Studio desktop which was announced along with the chip at the event. 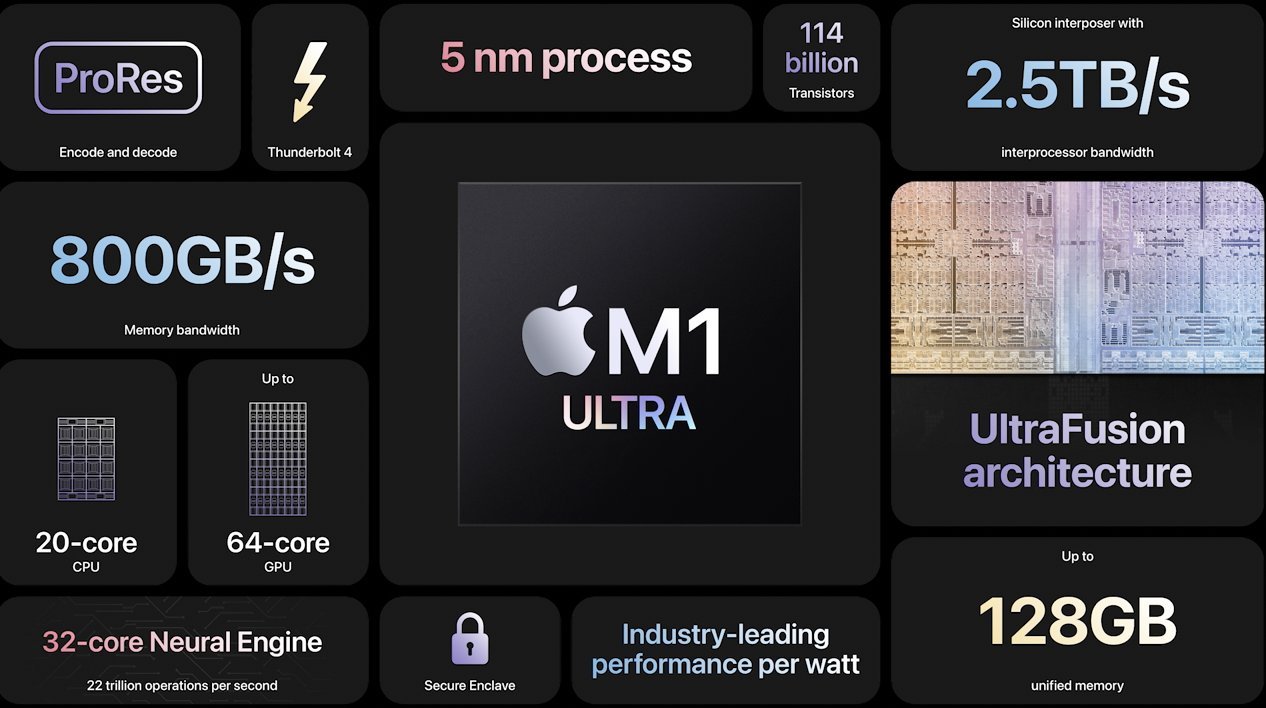