Despite being the co-founder of Apple, Steve Wozniak is known to use products from competing brands and publicly speak and praise them as he sees fit. So when he was asked about Windows Phone 7 by A New Domain, he did not hesitate to speak his mind. 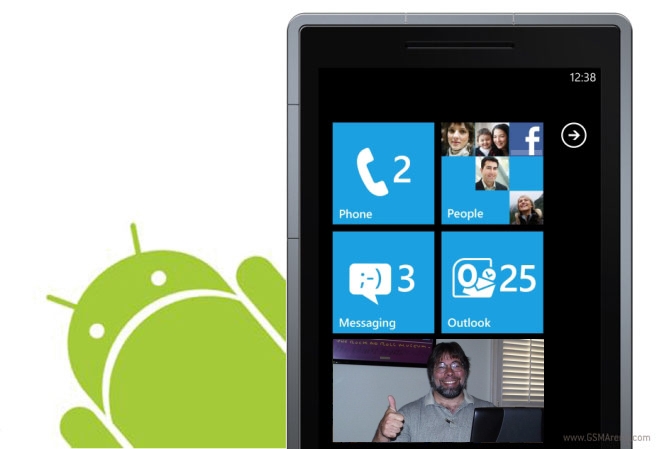 As anyone would guess, Woz finds Windows Phone to be visually a lot superior to Android, going as far as saying that there is non contest between the two. He seemed to be especially in love with the transition animations and the simplicity of the UI, which makes it immediately apparent to the user what they have to do next. In comparison, he thinks that the Android UI is a lot more complex and requires prior knowledge on part of the user.

Woz went as far as to say that he thinks Microsoft hired someone from Apple to design certain apps and that Steve Jobs may have been reincarnated at Microsoft as some of what Microsoft is doing with Windows Phone reminds him of great Apple products.

It’s not all rosy, though. Woz said that the lack of quality apps was a drawback for Microsoft’s OS. He also wishes that Windows Phone had better voice integration like Android or iOS for searching or typing. But that does not seem to bother him much as he did mention that he carries his Windows Phone everywhere these days.

As for which Windows Phone he uses, Woz was not clear on that but he talked about using a Nokia Lumia phone, which means it’s probably the Lumia 900. He was also using a Motorola DROID RAZR at the time of the interview (and we already know he has a Galaxy Nexus) along with his two iPhones, one on Verizon and the other on AT&T, which he says are his main phones.