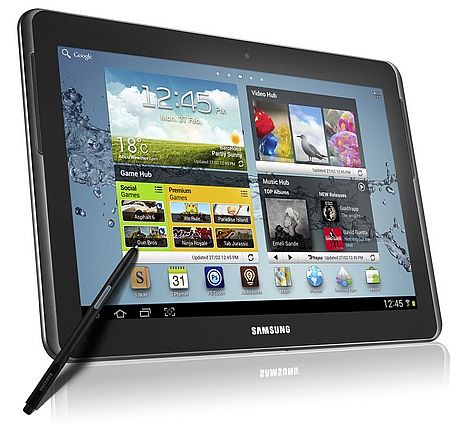 The tab also offers support for HSPA, Bluetooth 3.0, Wi-Fi and GPS. Galaxy Note 10.1 will also include a stylus or an S-Pen (Advanced smart pen) similar to the one found in 5.3-inch Galaxy Note. Samsung has also added Adobe Photoshop Touch and Adobe Ideas for photo editing and drawing on the tab.

Samsung has not revealed any pricing and availability details.

Samsung had launched Galaxy Note in November 2011, a hybrid between a smartphone and a tablet. Galaxy Note runs on Android 2.3 Gingerbread, sports a 5.3-inch Super AMOLED screen and comes with a capacitive stylus called S Pen. It is powered by a 1.4 GHz dual-core processor.