kanagadeepan said:
Yup, bro. I was a bit more harsh when I said so. Because I love Samsung, but I hate the way they are proceeding now.
Click to expand...

True.
The M Series is basically becoming A Series 2.0
Big Battery used to be the highlight of M Series phones. But nowadays that also changed.

Prithi Deb said:
True.
The M Series is basically becoming A Series 2.0
Big Battery used to be the highlight of M Series phones. But nowadays that also changed.
Click to expand...

Bro, even I am OK with M becoming A2.0, since A series phones have LTE CA, at least. But M series becoming A series without specialty of A series is hurting me.

When M51 was launched, I was hopeful that, one day some A series phone will get that Jumbo 7000mAh battery. 7000mAh battery + LTE-CA, lovely combination, imho. But now, even M Series phones are shrinking wrt battery size.

Come on Samsung, 5000mAh battery is NOT at all huge anymore in 2021, since even your slim obsessed flagship phones have that capacity. Bring on 7000mAh or even more bigger battery and remove the carrot peeler style camera island in mid range phones, at least.
R

kanagadeepan said:
So, the OG Monster in M51 has done a lot of exercises (as shown in the pic) and now became LEANEST monster by shedding lots of weight, due to reduction of the battery capacity from 7000mAh to 5000mAh one.

Actually 7000mAh battery was USP of M51, now M52 is just yet another Samsung mid range phone with average specs. LEANEST monster is ugly and useless, imho.
Click to expand...

Yup That 7000mAh with 60hz Amoled combination on M51 is just special.

One more bad news, friends... This phone is NOT having the basic 3.5mm jack. 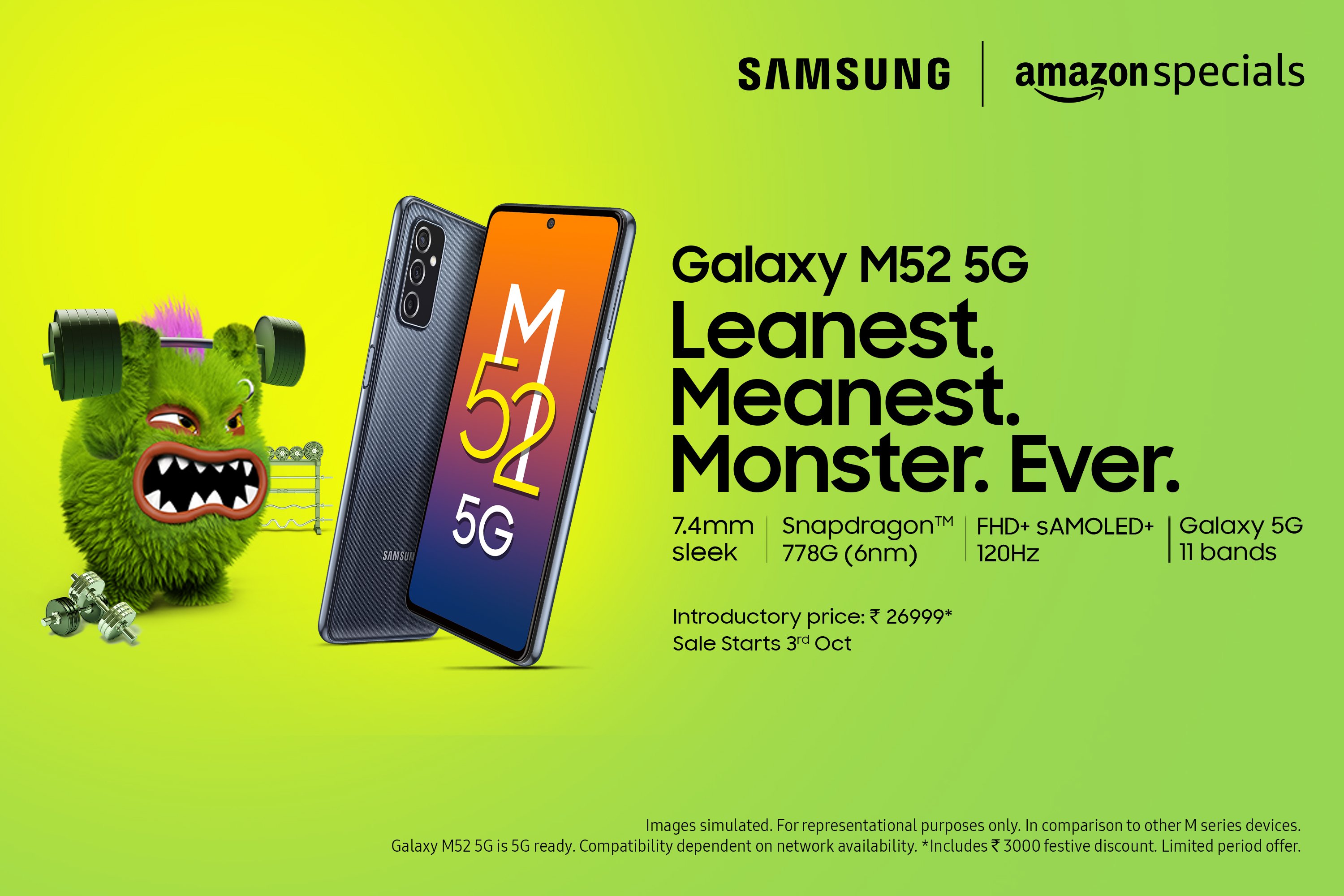 Everything is fine. But no Headphone Jack is a deal-breaker (atleast for me).