NEW DELHI: State-owned oil companies on Thursday have increased the prices of petrol by Rs 1.82 per litre from midnight. Earlier, the petroleum ministry said it is up to the oil companies to decide on raising the rates of the deregulated commodity.

After today's increase, petrol in Delhi will cost Rs 68.64 a litre. The rates will vary in other cities according to local levies.

This is the second hike in petrol prices in less than two months and it came on a day when the food inflation rose "dangerously" to 12.21 per cent for the week ended October 22.
"It is for them (oil companies) to decide. They will take a decision at a right time," Oil secretary G C Chaturvedi told reporters.

The government had in June last year deregulated or freed petrol from all price controls but the retail rates have not moved in line with cost as high inflation rate forced the oil companies to seek 'advice' from parent oil ministry before revising rates.

-THE TIMES OF INDIA
K

I read in an article that, the petrol costs only Rs.23, if there is no tax.
J

you read perfect, tax is more then actual price !
V

The total taxes amount to 45 percent of the final cost of the petrol.
Comparison of Retail petrol prices across the world with India. 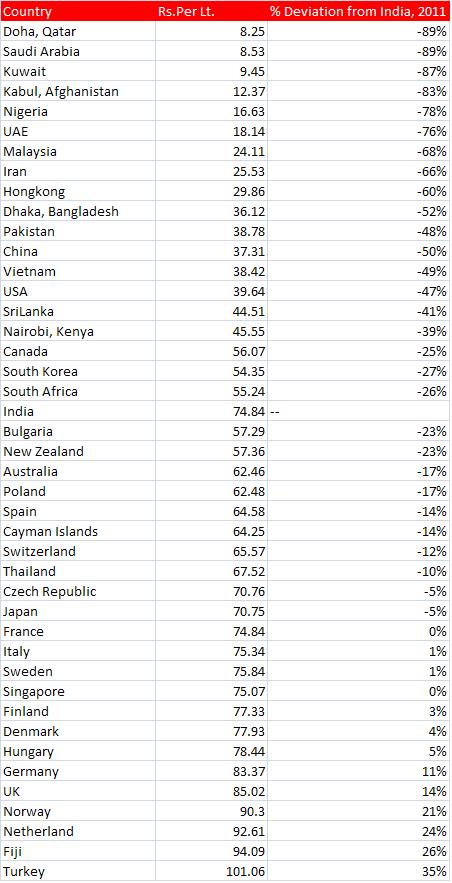