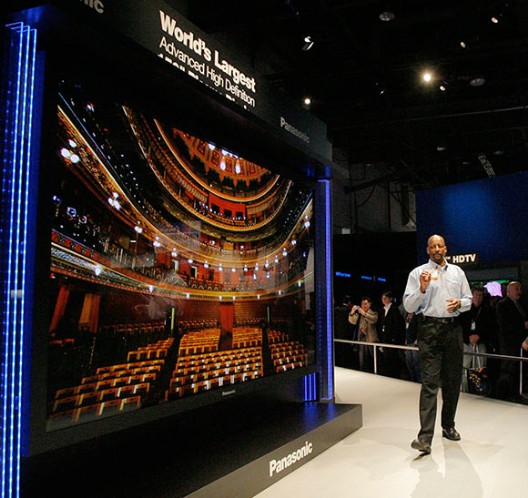 The set's 4K2K technology has four times as many pixels as a conventional high definition TV set, and creates a separate 3D image in HD for each eye, the Telegraph reported.

The screen is the same size as nine 50-inch displays stacked in three rows, featuring a 4096 x 2160 resolution.

A prototype of the 152-inch TV was unveiled at the Consumer Electronics Show in Las Vegas in 2010.

Panasonic claims its plasma display offers full HD 3D quality at a resolution that is unavailable on conventional sets.

The set's 17:9 ratio is the same as that used in cinemas, and Harrods anticipates it appealing to the same customers who purchase its range of limited edition Swarovski-encrusted BlackBerry smartphones
I


i guess it would be only for Limited Customers and that too too pricy :'(
B

yes true indeed @is that me
I

Yeah, its just a marvel gadget. Sope someone on DDF buys one and posts ss...
B

soon someone will i guess :huh
I

Well bapun is busy with his satellite tracking i guess he will be interested in this huge toy too :huh
I