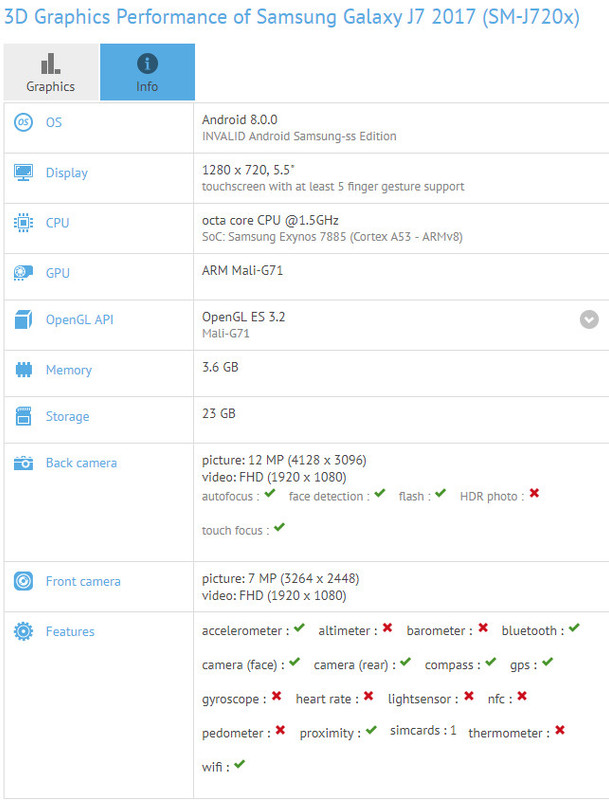 Basically, the new smartphone's model number is in-between the two Galaxy J series handsets that are already available on the market. Among the most interesting specs, the alleged Galaxy J8 (2018) is supposed to offer, there's Android 8.0 Oreo and 4GB RAM. Also, the smartphone will be equipped with a 1.6GHz octa-core Exynos 7885processor and 32GBGB expandable storage.

On the back, the upcoming phone is said to pack a 12-megapixel camera, while in the front there should be a secondary 8-megapixel selfie snapper. The 5.5-inch display with HD (720p) resolution could be a mistake since it doesn't come in line with the rest of the phone's specs. Perhaps a full HD (1080p) display would be much more suitable for such a device.

It's yet unclear when exactly the new SamsungGalaxy J series smartphone will be unveiled, but in terms of specs, this seems to be very similar to the new Galaxy A8 (2018), so its price might be pretty high for a middle-class phone.

@Mr monk this is the final time i am saying you, please unlink article texts while posting.

By the way, its already posted so search before posting.