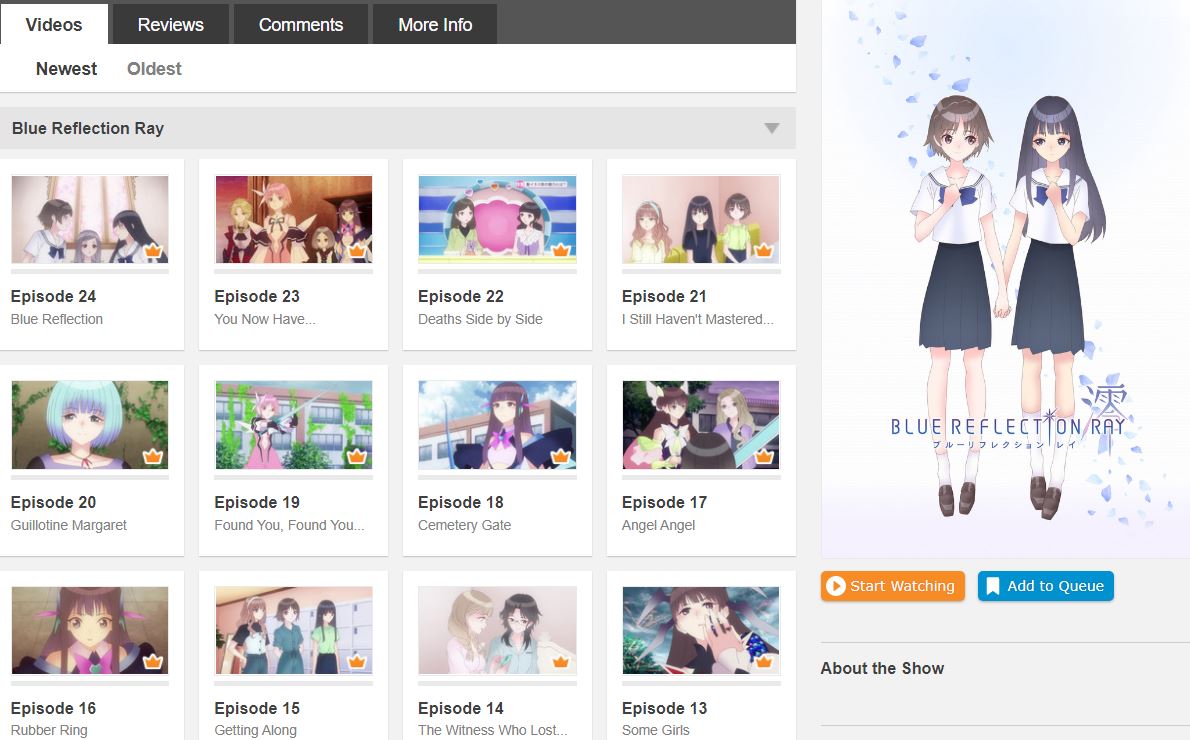 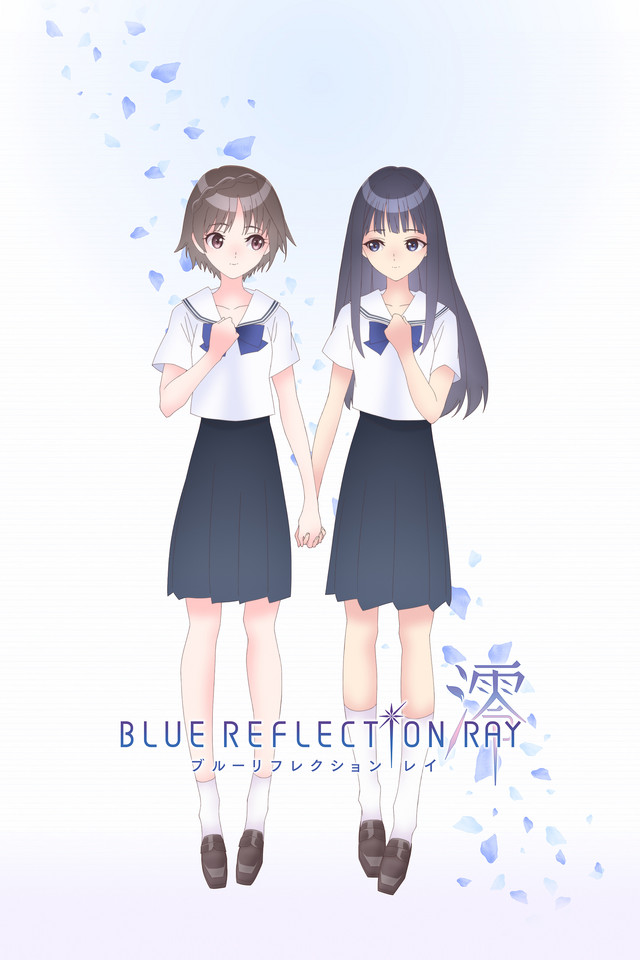 Blue Reflection Ray is an spin off anime series based on blue ray titled anime video of PlayStation or pc game. anime series episodes were added on Crunchyroll India . they both struggle from emotion or introversion - they have are reflectors who help people to resolve emotional trouble and problems . they need to work together to help other peoples emotional problems and protect their hearts. 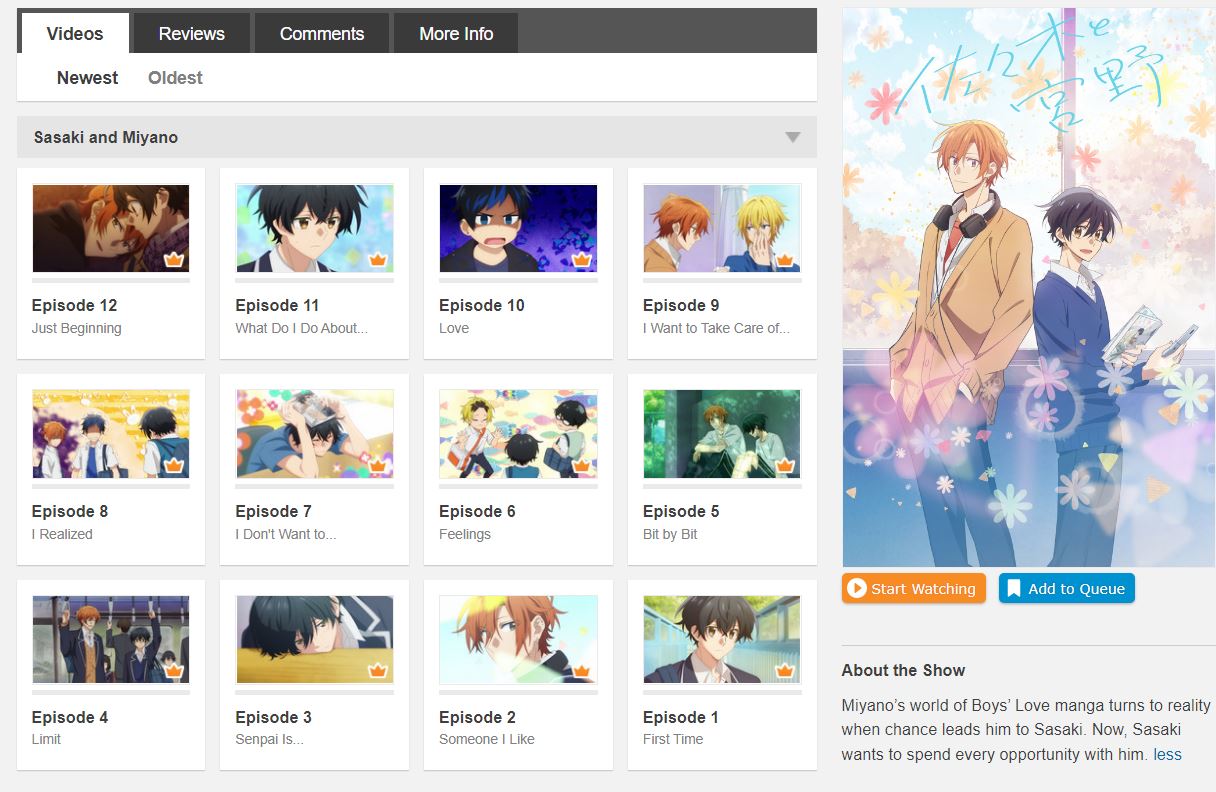 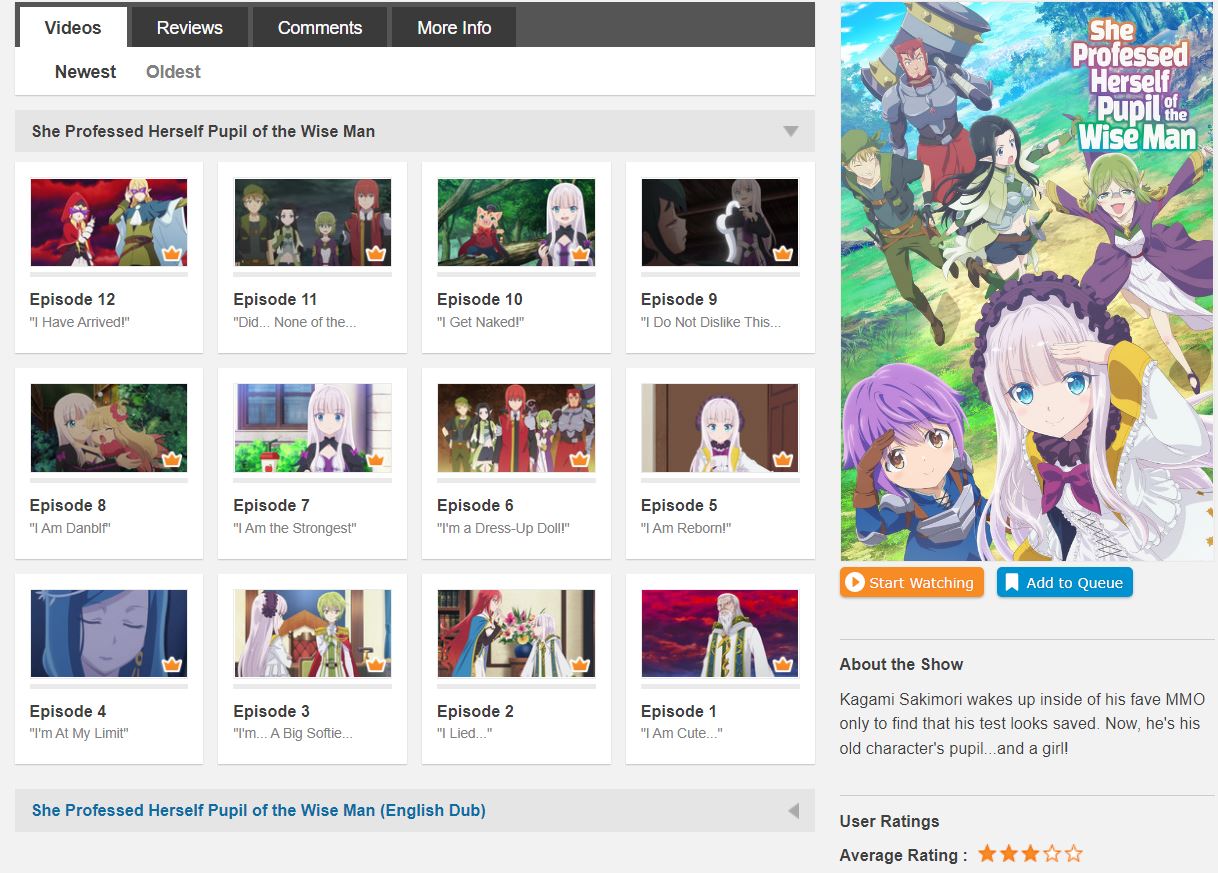 She Professed Herself Pupil of the Wise Man - its isekai genre - in this anime a person playing online game MMO ( Massively Multiplayer online role game ) - while playing his mmorg game online he was transferred to game world as test character as pupil of wise man and he is a small girl pupil in the game . this anime series both eng sub & dub eps added in Crunchyroll India 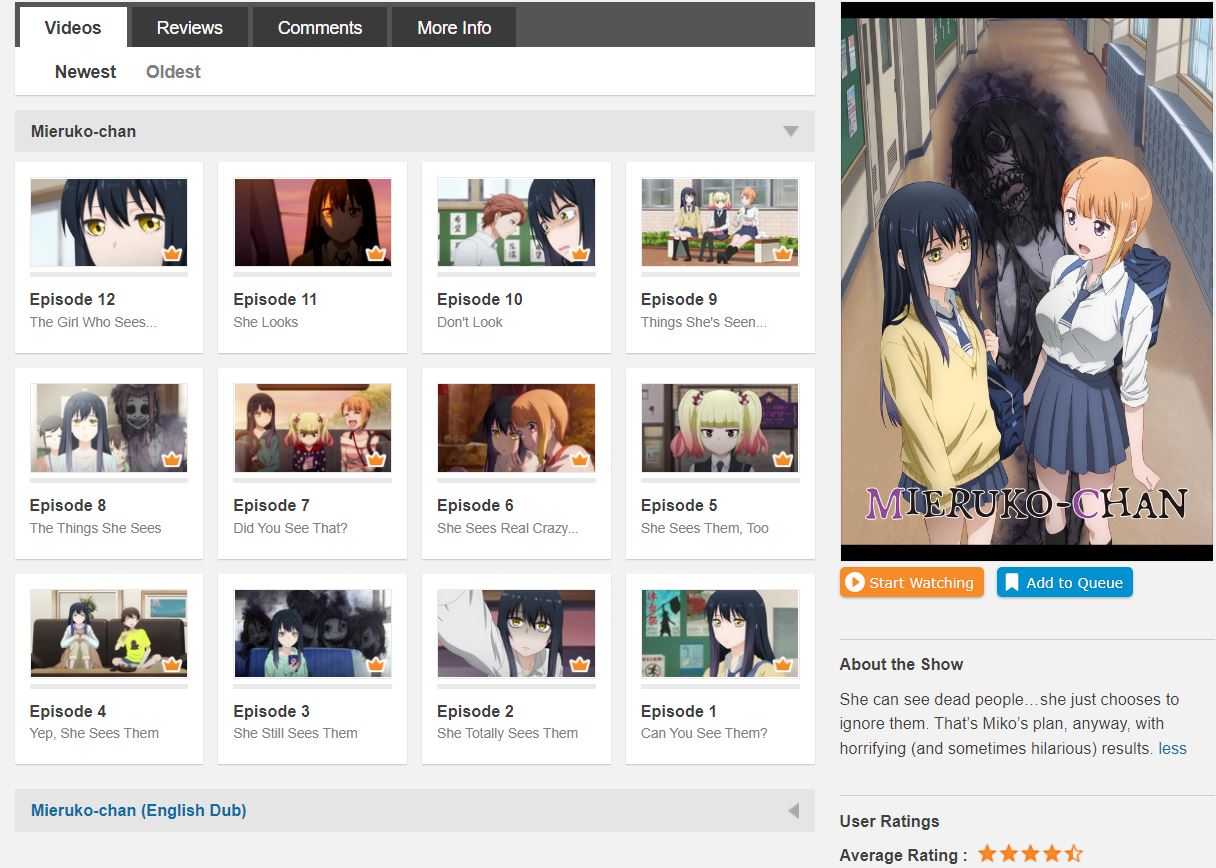 Mieruko- chan - anime series is about high school girl who is able to see dead people & other worldly beings and chooses to ignore them .that's miko's plan which results into horrifying and sometimes hilarious results. its mix of horror and comedy - horror scenes are are really scary - comedy scenes helps to reduce the scary atmosphere . both eng sub & dub episodes added in Crunchyroll India .

The Prince of Tennis U17 Cup will be simulcasting on Crunchyroll India. 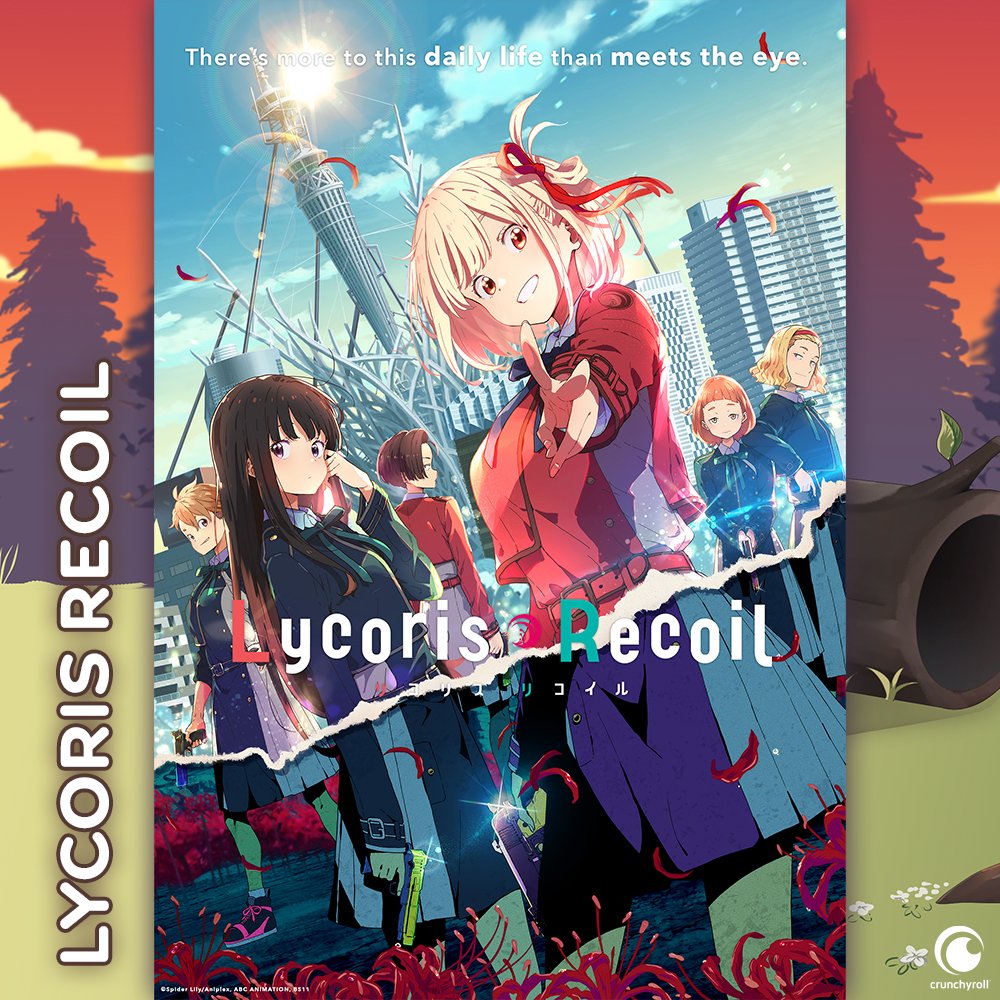 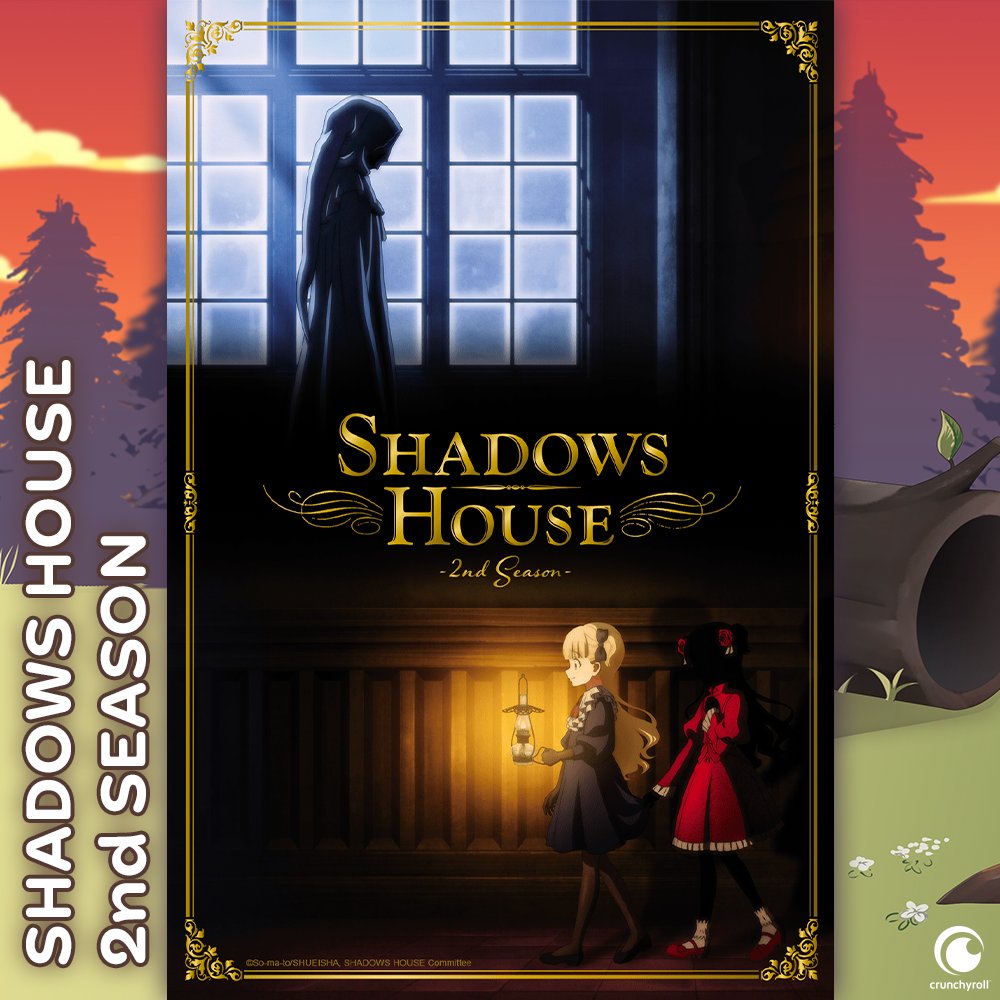 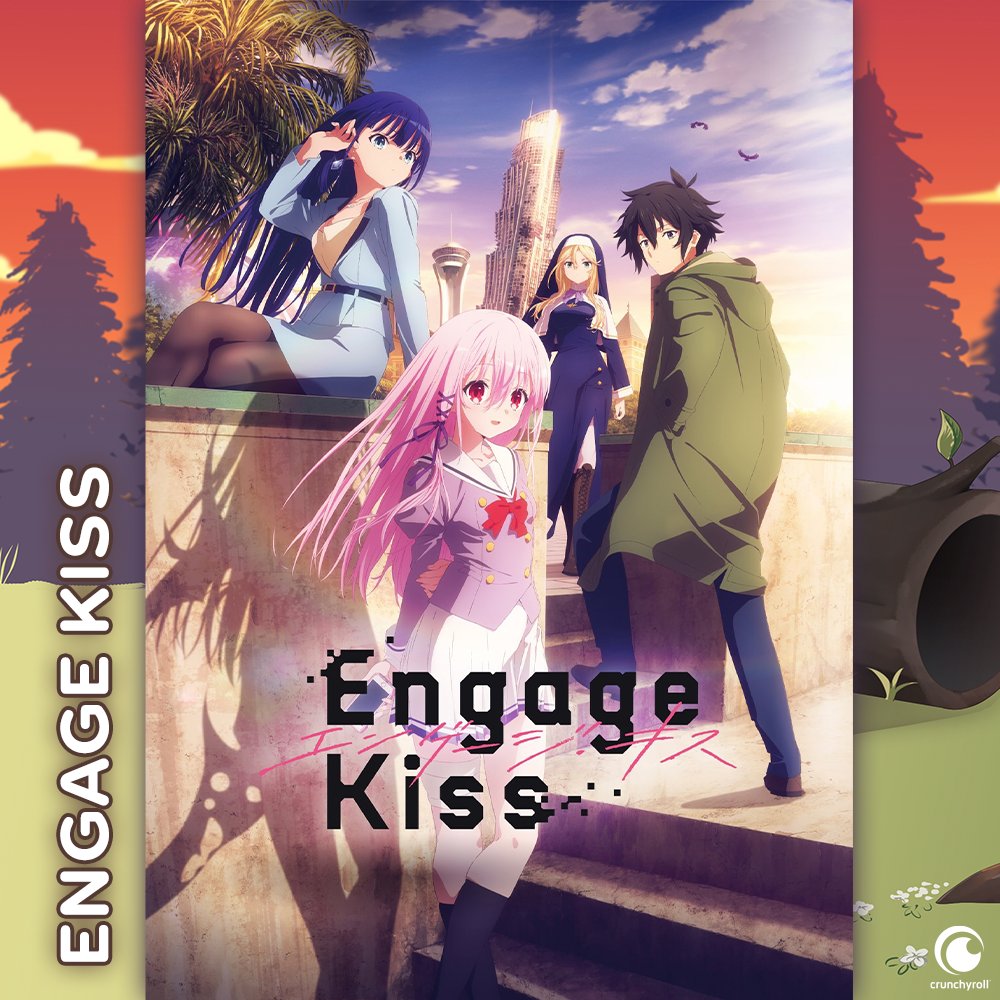 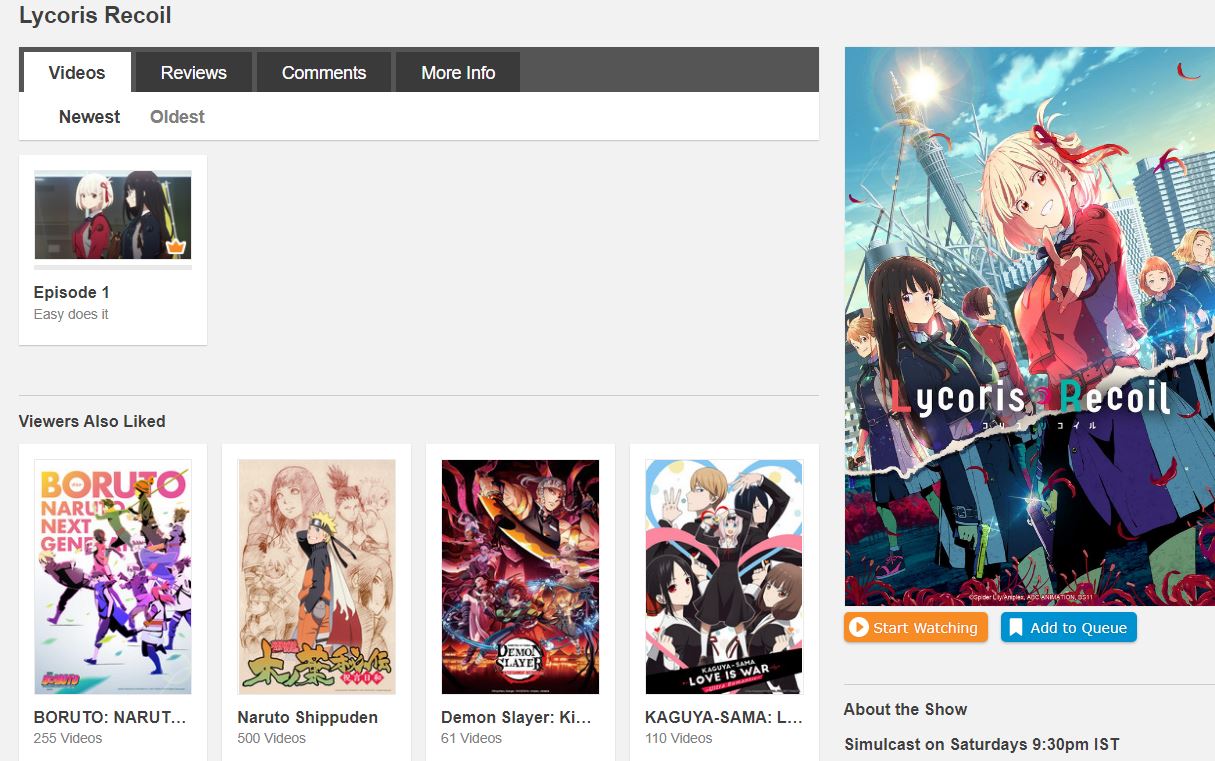 Lycoris Recoil - Anime series now added on Crunchyroll India . new episodes would be updated on Saturdays at 9:30 PM IST ( local japenese cafe from making coffe, consultancy service , fighting zombies they do all in one type consultancy service along with running the cafe - thy even offer local delivery service and try to meet he order interesting anime series 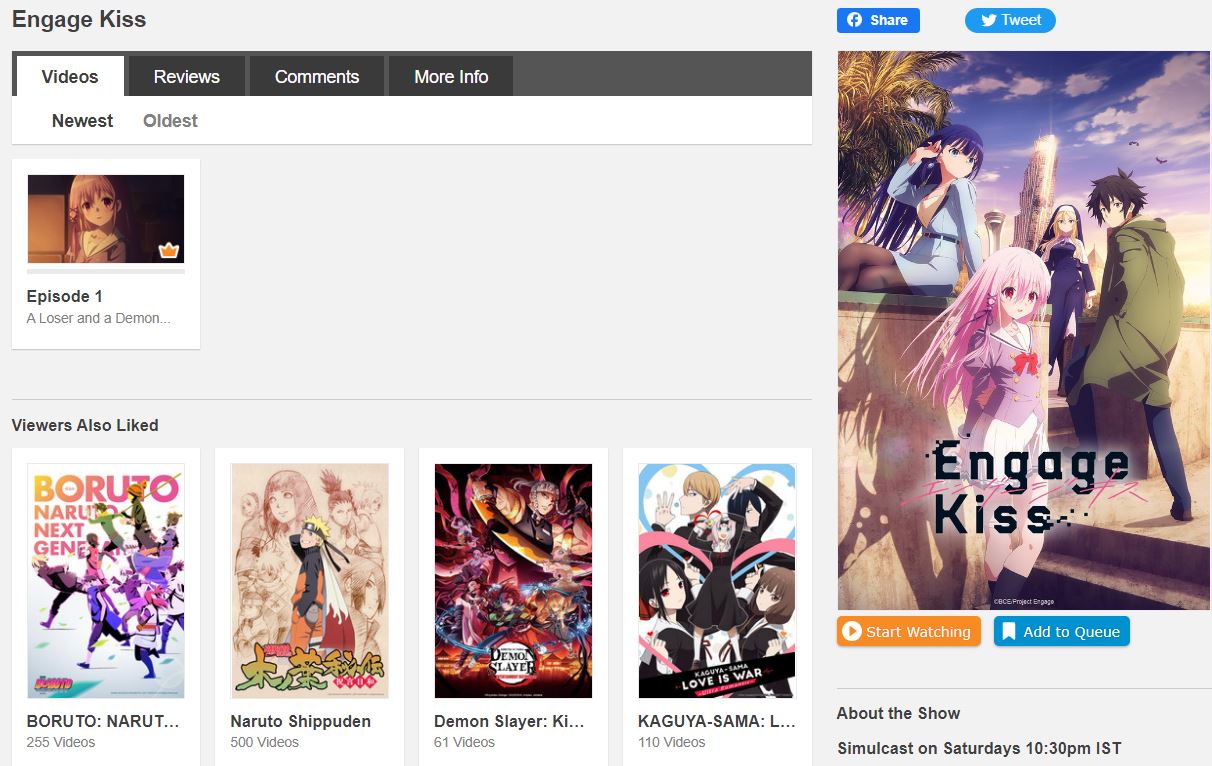 Engage Kiss - Anime series now added on Crunchyroll India . new episodes would be updated on Saturdays at 10:30 PM IST (romcom anime about three individual one guy living a meagre life running small business , one high school girl doing part time job , an ex gf or classmate of the guy works in corporation both girls are worried about him - all these people live in artificial floating island in pacific ocean - slapstick their romcom moments) 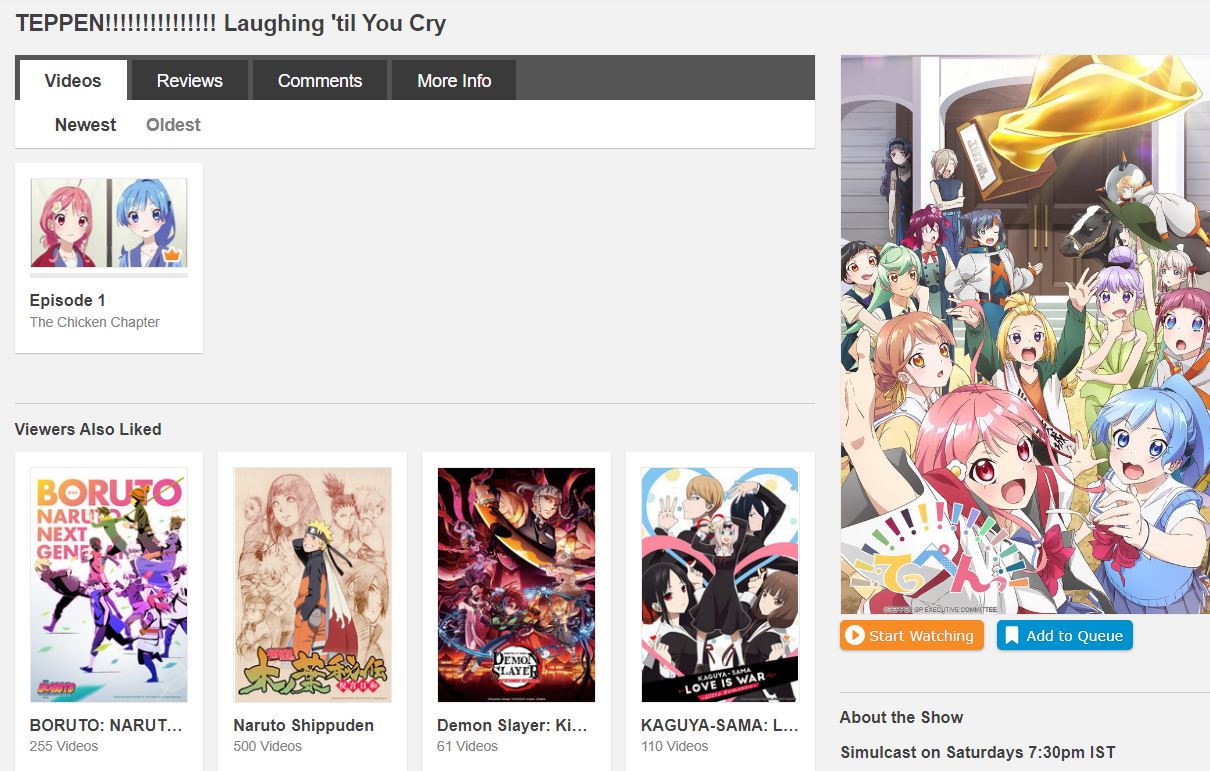 TEPPEN!!!!!!!!!!! Laughin "til You Cry - titled Anime series now added on Crunchyroll India. new episodes would be updated on Saturdays at 7:30 PM IST 9based online trading card game - according to title seems to be comedy anime genre ) 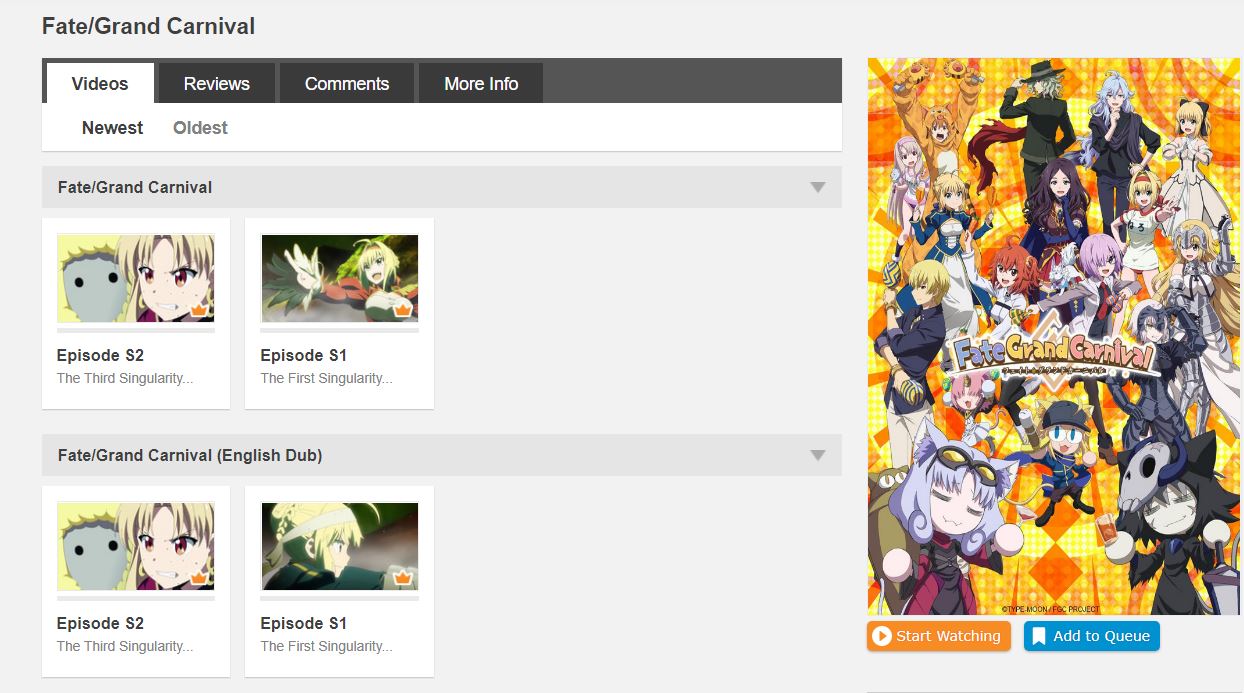 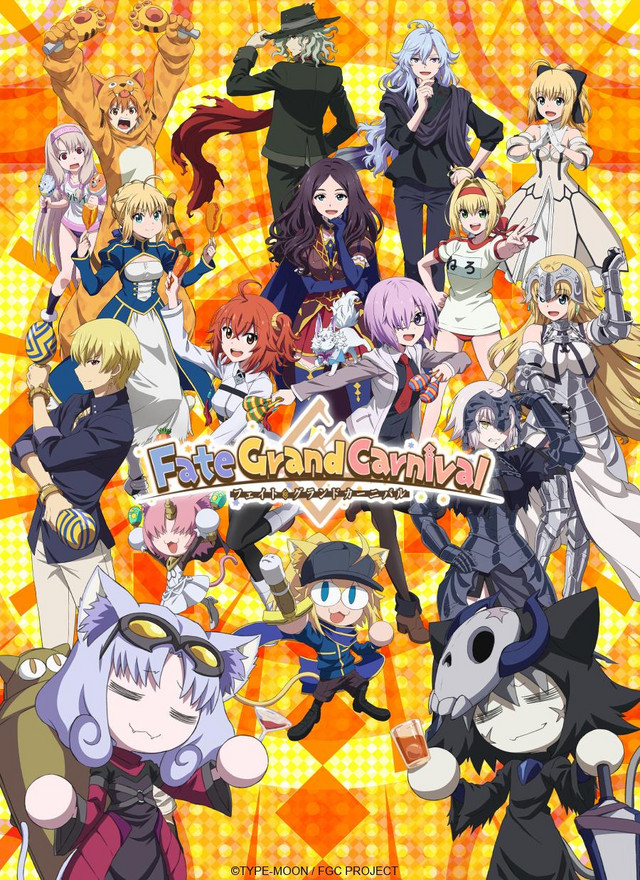 The First Singularity Party As more and more Servants join Chaldea, maintaining resources for so many is becoming a problem. And so, a cruel order has been given... The Second Singularity Party Jeanne d’Arc Alter needs a serious amount of QP because of reasons, so she heads to the Kabukicho...

The First Singularity Party As more and more Servants join Chaldea, maintaining resources for so many is becoming a problem. And so, a cruel order has been given... The Second Singularity Party Jeanne d’Arc Alter needs a serious amount of QP because of reasons, so she heads to the Kabukicho...

They delayed and added this today, because today is 5th anniversary of Fate Grand Order English version and that's why they released Fate Grand Carnival in English dub and sub today worldwide as celebration for anniversary of game. 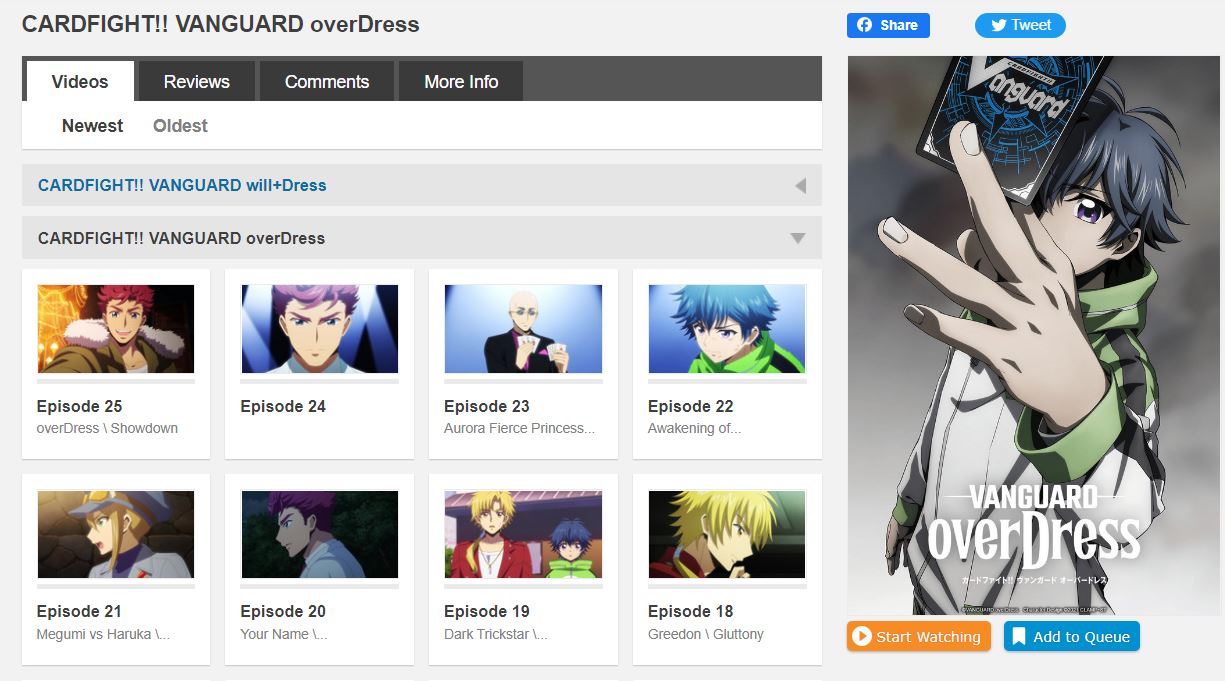 This one is another odd titled anime series - simulcast episodes would be added on Crunchyroll India on Wednesdays at 8:30 pm (IST) . as it is odd type titled series decided not to post much description story could be understood just by seeing the anime title.

The Prince of Tennis II U-17 World Cup - The anime series focuses on season 2 of U-17 world cup of tennis how the prince of tennis competes with other countries tennis teams. the new episodes would be simulcasted on Wednesdays at 9:30 pm (IST) on Crunchyroll India

Hanabichan~ The girl who popped out of the game world~ The anime series episodes would be simulcast updated on Sundays at 7:30 Pm (ISR) 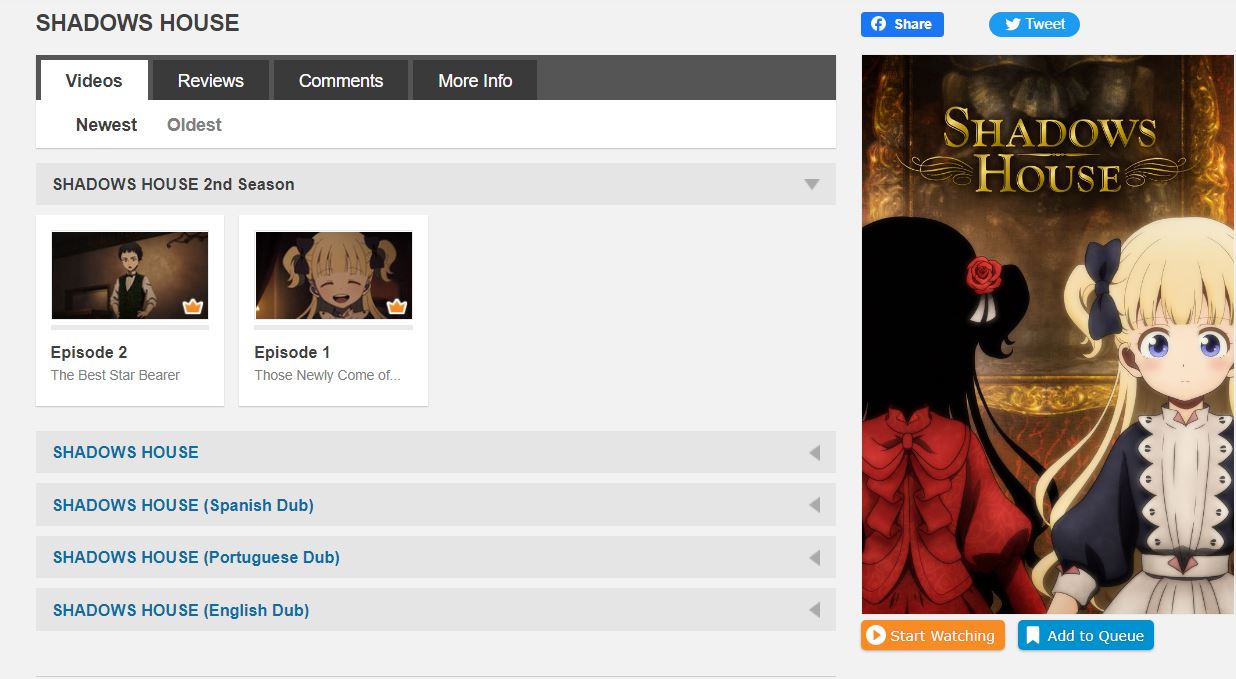