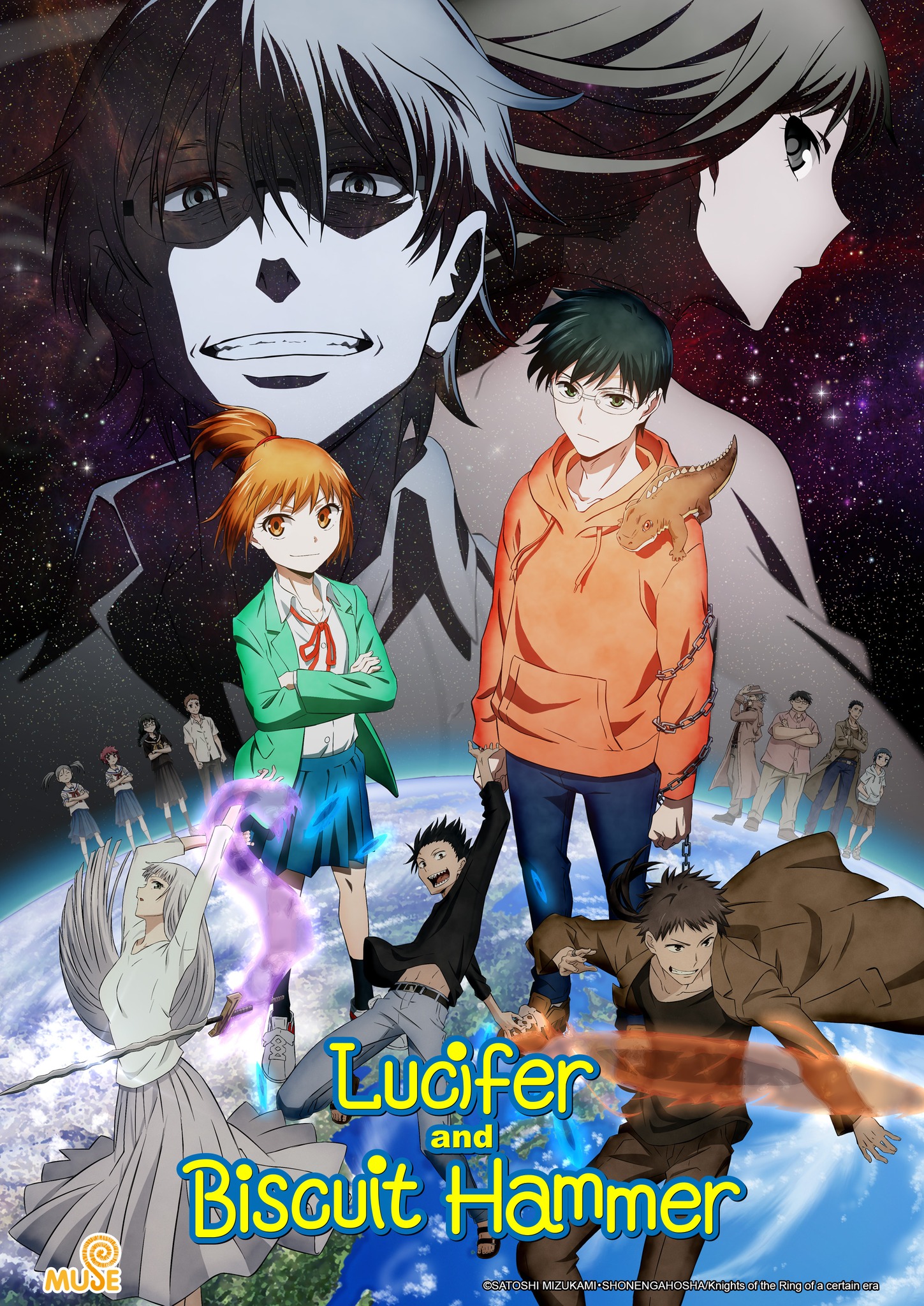 Lucifer and The Biscuit Hammer - Anime series episodes would be simulcast uploaded on Muse India YouTube channel (official) from 8th July , 2022 . every fridays at 11:55 PM episode would be uploaded once weekly. as it is simulcast from japan weekly one episode

this is new anime adaptation would feature original creator