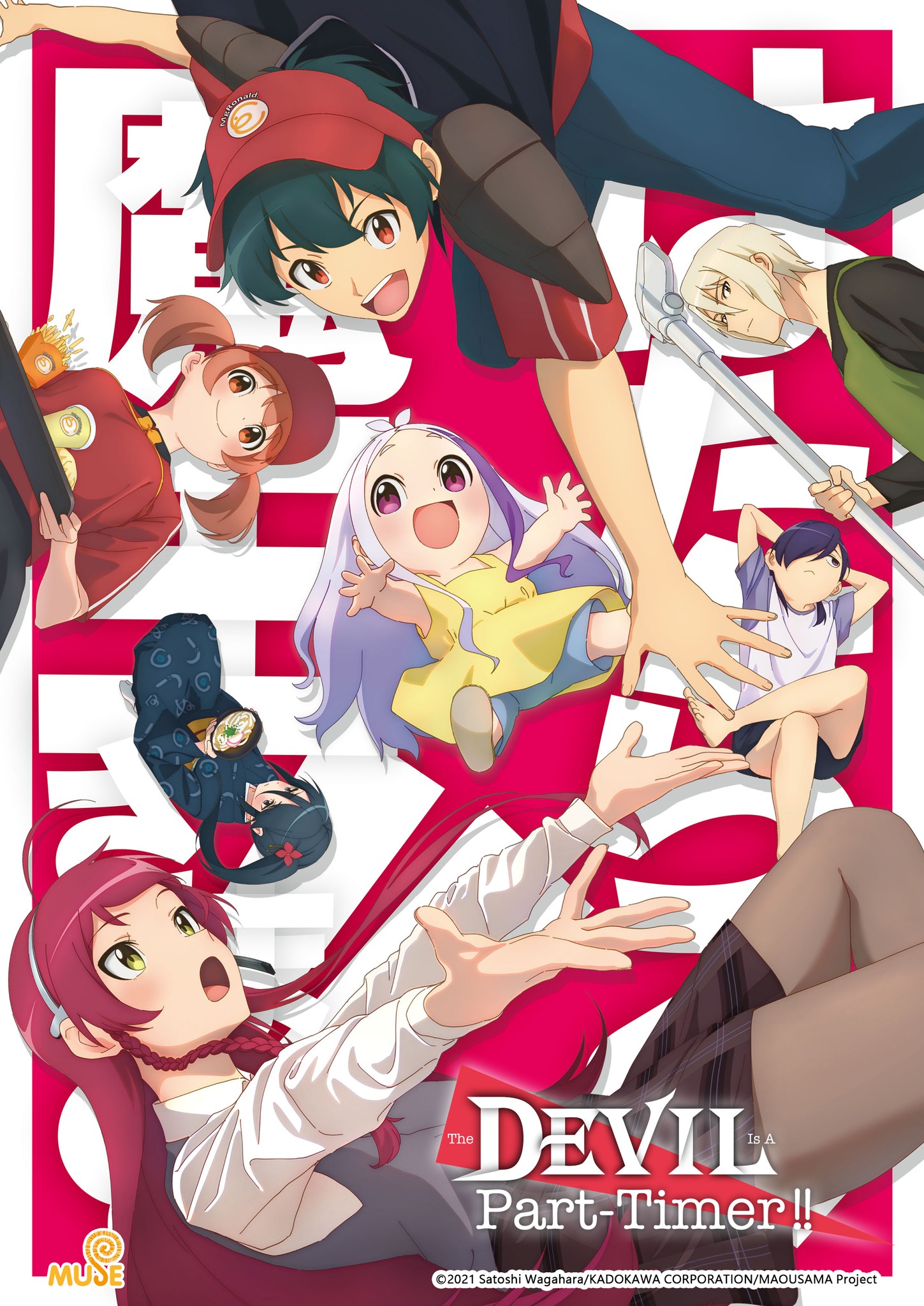 The Devil Is a Part-Timer - Anime series is about demon king who tried to conquest earth while traveling through portal along with his general he is defeated unable to go back to his world and his magic not working in modern day Tokyo , demon king is forced to work in part time job along with his general to be able to pay rent he also does household chores or tries very hard to pay rent on time . It is a very interesting and comedy anime series , how he faces and finds it difficult to part time jobs etc, without magic as a normal human and work condition difficulties faced by him and his generals. its popular 2013 anime series . season 2 new episodes would start simulcasting from 14th july