The LG Optimus Hub, on the other hand, has a 3.5-inch TFT capacitive touchscreen having a resolution of 480 x 320 pixels. The Optimus 2.0 UI is integrated in this Android device. Powered by an 800 MHz ARMv6 processor and 512 MB of RAM, the LG Optimus Hub is touted to have Adreno 200 GPU so that users can enjoy seamless gaming sessions. It is engineered with a 5 mega pixel camera that has 4x digital zoom capability. The LG Optimus Hub E510 lets you record videos at a resolution of 640 x 480 pixels and 24 fps. Also, the LG Social+ widget is claimed to collate all the updates in a single screen interface for easy accessibility. The connectivity options include GPRS, EDGE, 3G and Wi-Fi. 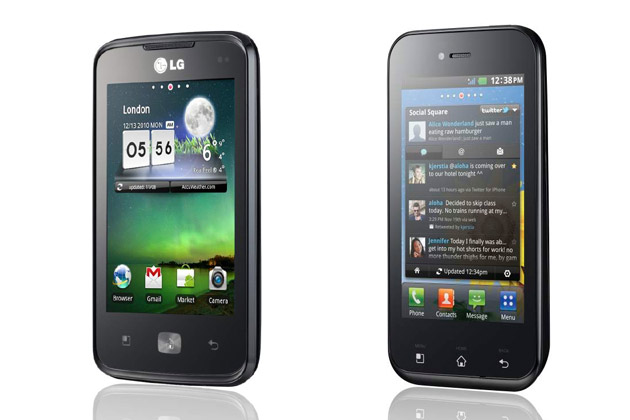