HTC 11 Rumoured to Be Next Flagship; HTC One X10 Tipped to Launch in January.

HTC 11 Rumoured to Be Next Flagship; HTC One X10 Tipped to Launch in January... 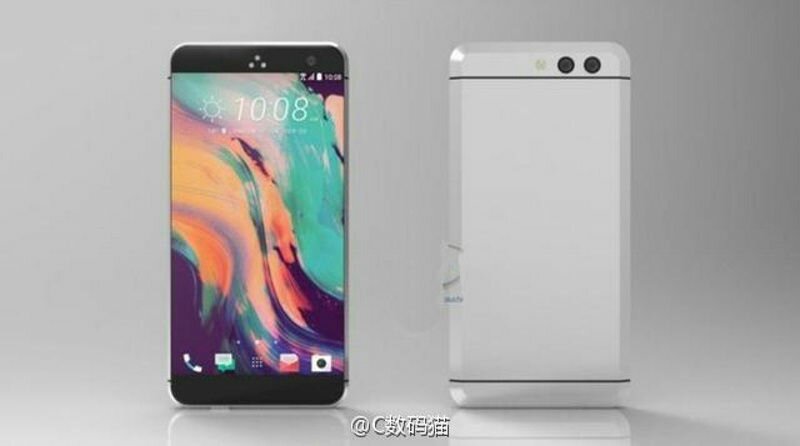 HTC is in works to unveil a new mid-range smartphone in January next year, which is said to replace the HTC One X9. Bearing the HTC One X10 name, HTC's new device will ape a lot of specifications from its predecessor One X9. A report suggests that the HTC One X10 will purportedly cost around CNY 2,000 (nearly $288) and will initially be launched in China. In the meanwhile, rumours about HTC's next flagship smartphone - thought to be called the HTC 11 - has also hit the Internet.
According to a report by MyDrivers, the HTC One X10 will bear specifications very similar to a mid-range smartphone. It is said to sport a 5.5-inch full-HD (1080x1920) display, a 2GHz octa-core MediaTek Helio P10 processor (Cortex-A53 cores), and 3GB of RAM. For graphics, the smartphone is said to pack a Mali-T860 GPU clocked at 700MHz. The smartphone is also said to sport a 13-megapixel rear camera with OIS. The rumoured specifications go in line with HTC One X9 that was launched on the New Year's Day this year.


In other news, there's another rumour floating around on the Internet about HTC's upcoming flagship device, said to be dubbed the HTC 11. A report by TimesNews cites a Weibo user's post that pretty much reveals the specifications of HTC's upcoming flagship smartphone HTC 11. According to the tipster, the HTC 11 will sport a 5.5-inch QHD (1440x2560) display and run on Android 7.0 Nougat customised with HTC's Sense 8 UI. The device is also said to have a dual-camera setup of 12-megapixel each on the rear side, whereas the front-facing camera is expected to be an 8-megapixel shooter.

The HTC 11 is expected to be powered by an octa-core Qualcomm Snapdragon 835 CPU, along with Adreno 540 GPU for graphic performance. It is said to pack a whopping 8GB of RAM under the hood, with an inbuilt storage of 256GB. A 3700mAh battery is expected inside the handset. According to the report, the HTC 11 is expected to launch sometime in 2017, priced in the UK at the equivalent of $691. We cannot authenticate the HTC 11 rumour as of now and would recommend that the readers should take this report with a grain of salt.

HTC 11 Rumoured to Be Next Flagship; HTC One X10 Tipped to Launch in January | NDTV Gadgets360.com