Funimation content ( anime titles are now available in Crunchyroll as merger between crunchyroll and funimaton is officially completed in worldwide. anime availability might vary in different regions or countries due to license issues . more new anime series were added even in crunchyroll India site & app 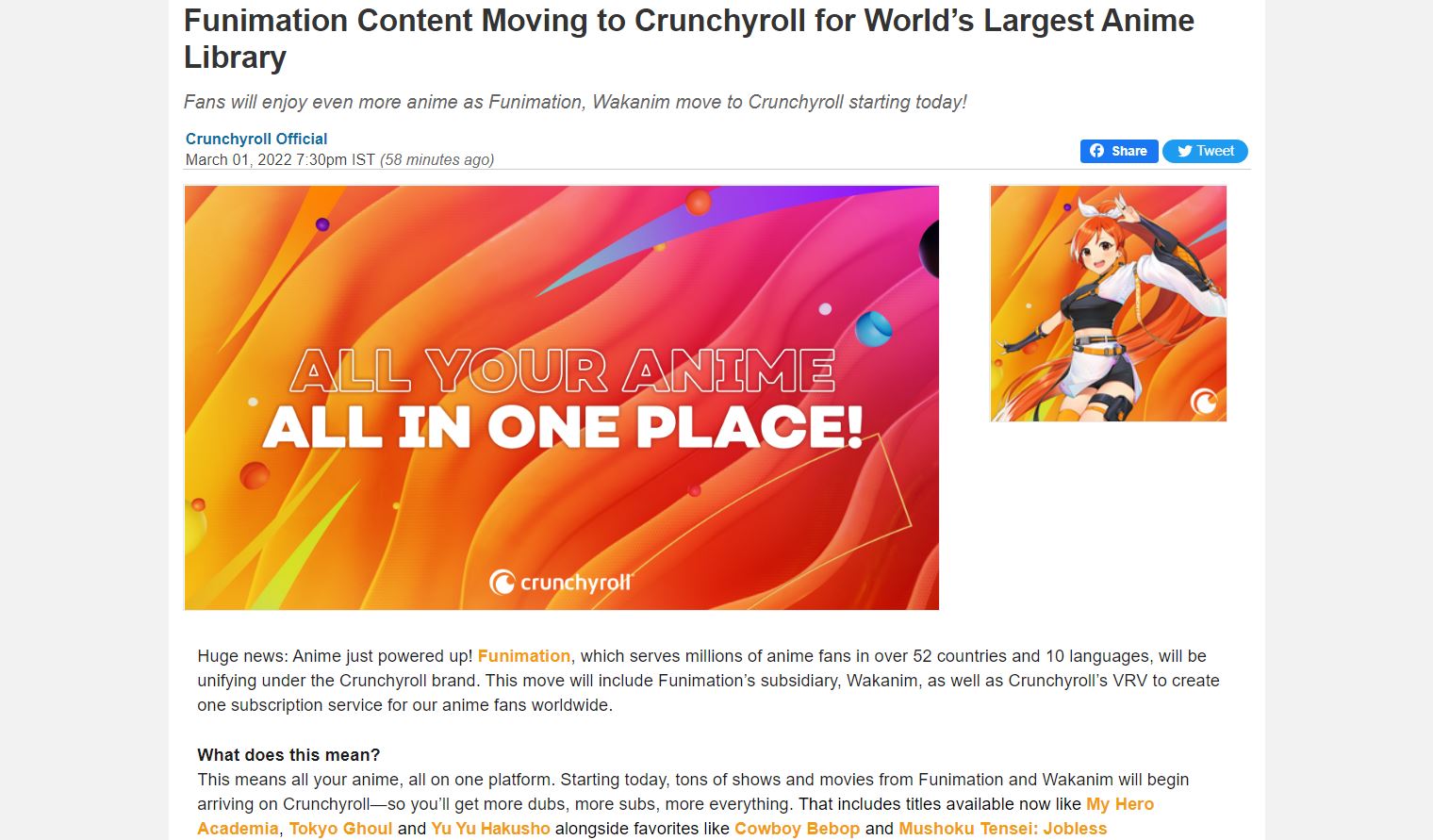 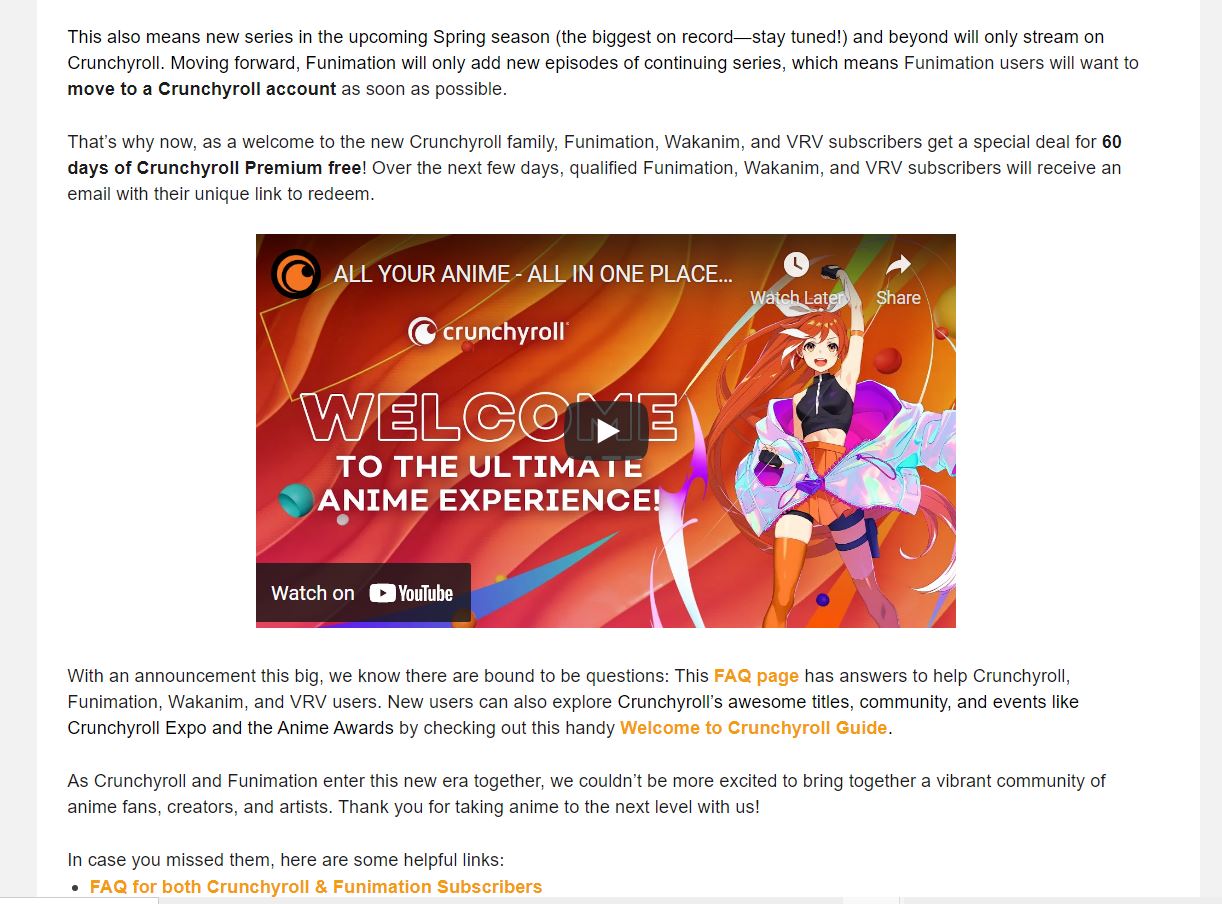 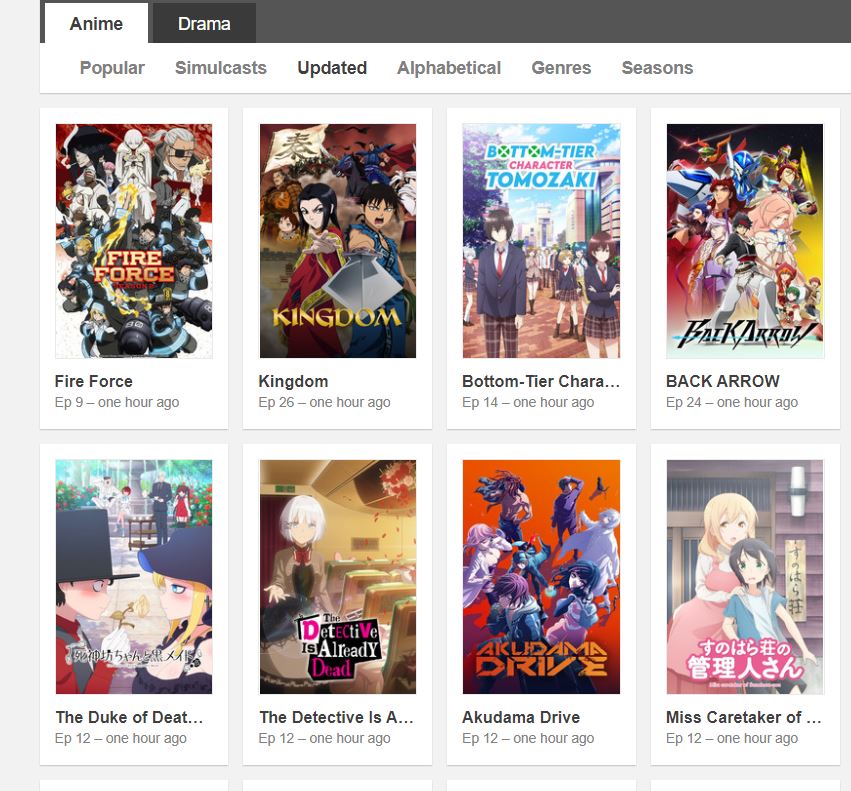 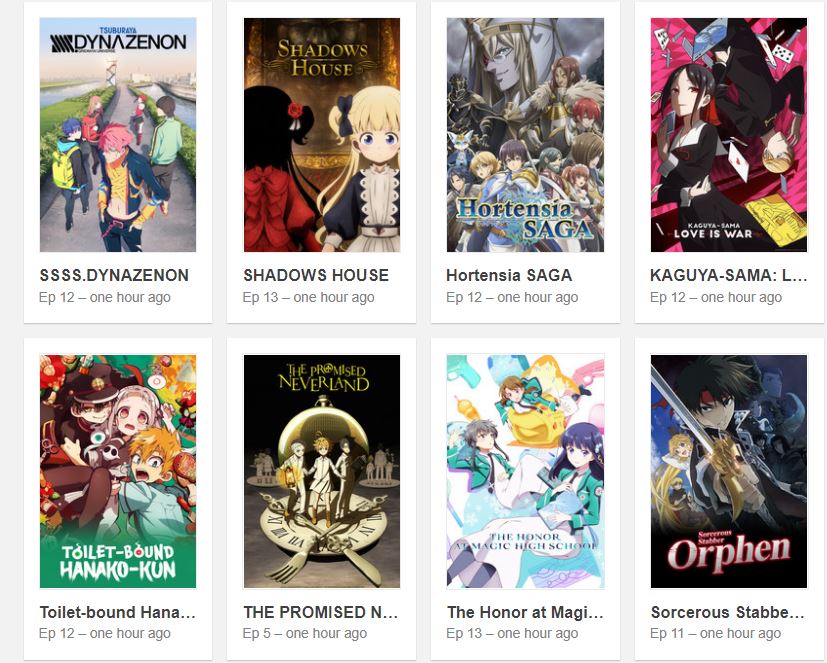 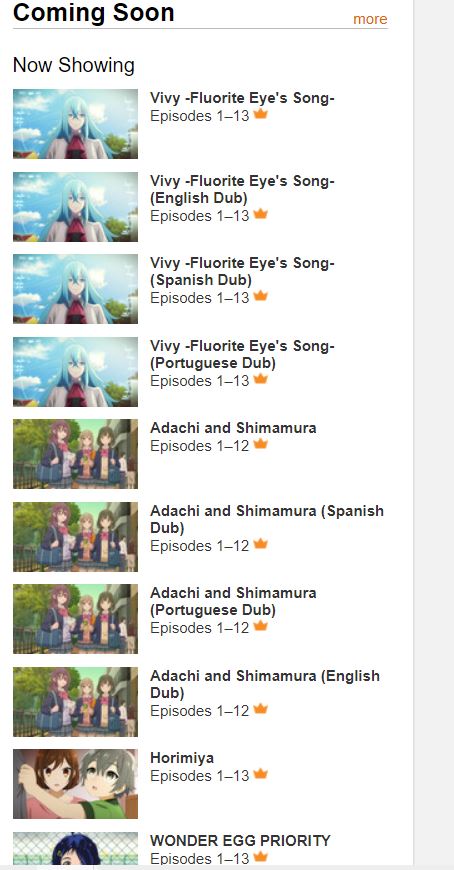 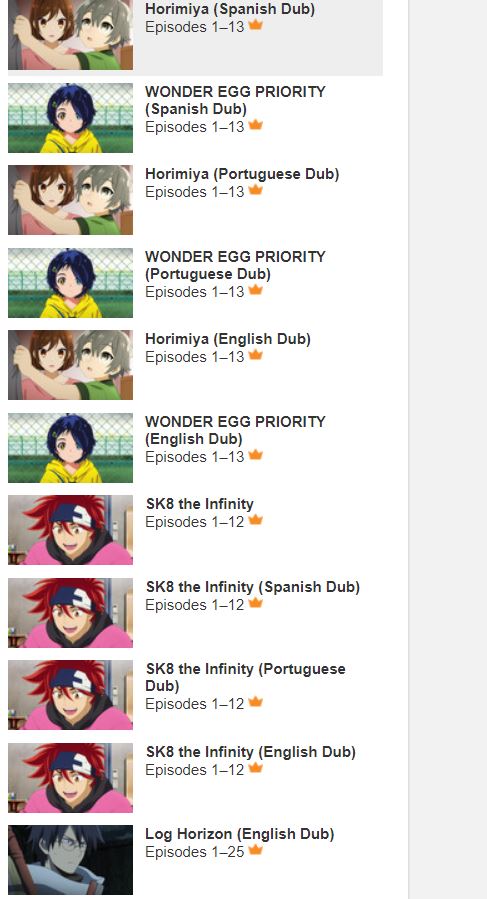 the newly anime series added from funimation library are - kingdom -s1, s2 ,s3 , bottom tier character tomozaki , back arrow , akuma drive , miss caretaker of sunherou , the detective is already dead, duke of death and his maid , Vivy -fluorite eye song , log horizon , adachi & shimamu , Horimiya , wade to road , Sorcerous stabbed orphan , SK8 the infinity , the promised neverland s2 , the honour of magic high school , hortesmia saga , shadow house , SSSS.dynazeon , darling in the franxx , Fire force ( episodes are available to watch ) other most of the anime episodes are behind premium pay wall can only watch sample clip of 2 ,minute . most of the anime shows wich have been moved from funimation ehich have english, spanish ,japenese, portuguese dub are kept in premium category even their old anime episodes which would have been made free in old crunchyroll . only some anime shows old episodes are viewable for free till 480 pixel . i took several screnshoit as the anime calendar or upcoming new shows total list was not showing properly therefire ended up clicking side screenshot ponly could post updated anime shows. i guess in coming weeks they might add more shows .

merger was officially done at 7:30 pm IST
i thought of posting individual series which have english dub , spanish, portuguese dub etc then thought instead i'll just post screenshot as noting down names was getting slighly confusing.

even in manga more simulpub are slowly being added from funimation content - crunchyroll is owned by Sony .
Last edited: 1 Mar 2022

some of the anime series were showing aniplex word in the beginning . though technically the users from other countries should retain the funimation subscription till its properly migrates all content shows , in crunchyroll community section some people are showing concerns about shows unavailability in crunchyroll which were earlier available in funimation or some might be removed in future .

Detective Conan said:
some of the anime series were showing aniplex word in the beginning . though technically the users from other countries should retain the funimation subscription till its properly migrates all content shows , in crunchyroll community section some people are showing concerns about shows unavailability in crunchyroll which were earlier available in funimation or some might be removed in future .
Click to expand...

I talked with Crunchyroll team, they told me 80% of Funimation shows will be added till end of this month.

I'm feeling sad because my 5 months subscription of Funimation was left and now it's worth 2 months, while I have 3 months of Crunchyroll left. I hope they add more two months to my existing account. But I think that's not possible. Sony should've given access for Funimation users to transfer subscription to Crunchyroll, like they did with migration of Anime Lab to Funimation.

Australian people are very angry, in last 6 months, Sony made them migrate lot.

One Piece is there for India?

Itsme... said:
One Piece is there for India?
Click to expand...

Nope, they have still not added Funimation dub of One Piece yet on Crunchyroll NA.

Itsme... said:
One Piece is there for India?
Click to expand...

when searching for one piece in Crunchyroll India site , its showing sorry due to license limitations video's are not available in the region 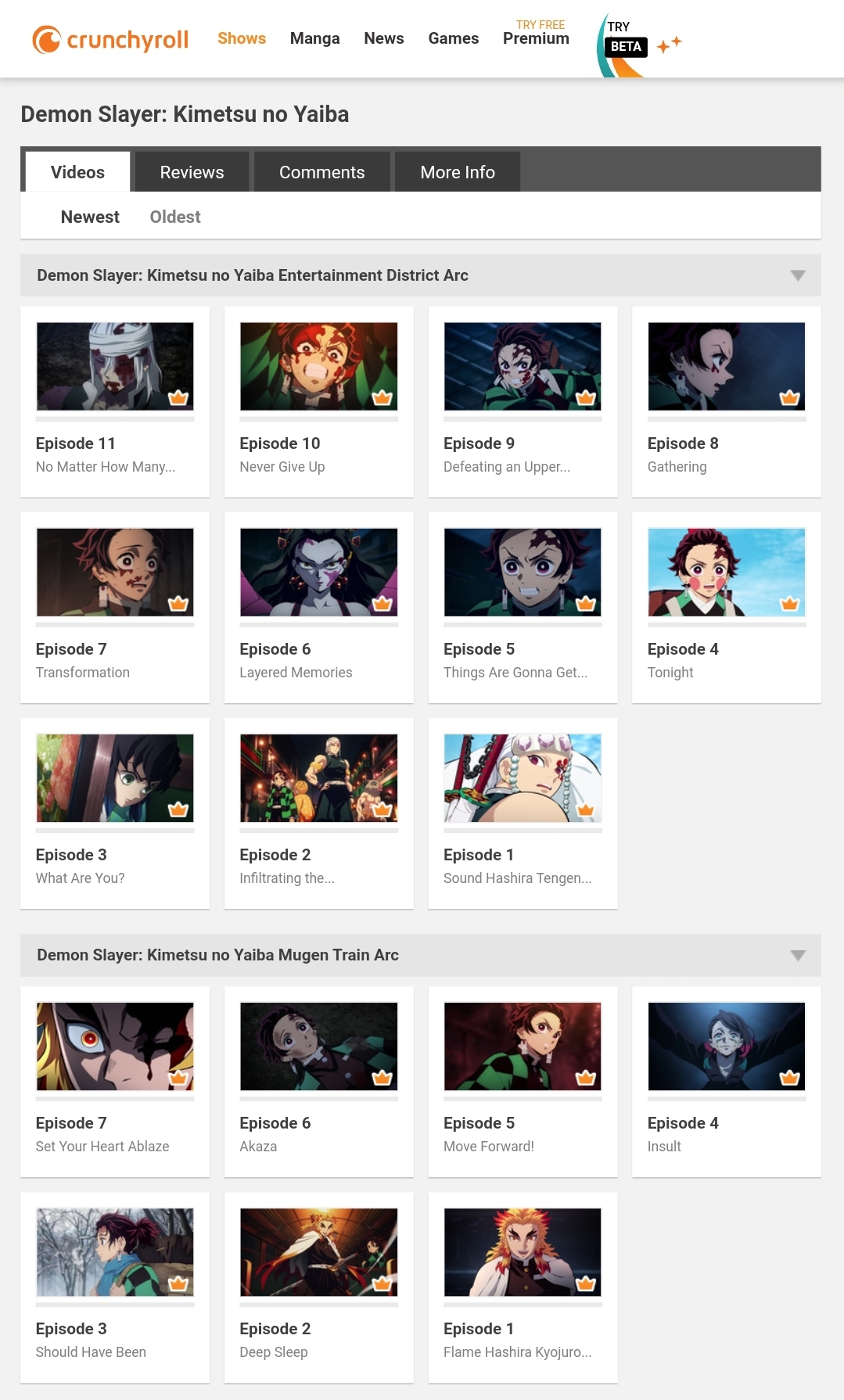