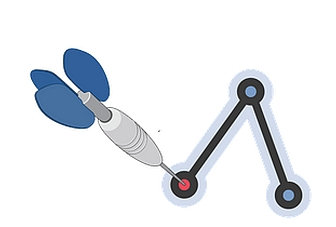 Social networking is all about making friends and liking each others' posts and status. If anyone vexes you a lot on Facebook, you're left with two options – either unfriend him or unsubscribe to him. But even if that does not satisfies you; you can now simply put them on your enemy list.

A new Facebook application called EnemyGraph lets you add enemies to your profile including people from your friends list or from users of the app. Also, you can declare 'war' on any product, person or company that is on Facebook. The application is available for free to all Facebook users.

EnemyGraph app, spotted by Boy Genius Report this week, was launched earlier this month by a team led by technologist Dean Terry, who describes the app as "a kind of social media blasphemy."

"Most social networks attempt to connect people based on affinities—you like a certain band or film or sports team, I like them, therefore we should be friends," Terry wrote about the app in a blog post introducing it. "But people are also connected and motivated by things they dislike. Alliances are created, conversations are generated, friendships are stressed, stretched, and/or enhanced."

Terry also points out that that they are using the term ‘enemy’ in the same loose way as Facebook uses ‘friends’. The 'enemy' term simply implies something you have an issue with.

EnemyGraph also features a list of top enemies (users of the app) along with "trending enemies" that users have named frequently in recent times. Fox News, Justin Bieber, and Internet Explorer were tending as the Top 5 enemies on the EnemyGraph list.

OnePlus Store app launches on the Play Store for India