Crunchyroll to bring further Hind and Indian English Subbed & Dubbed Anime series for Anime Fans in India and would attend upcoming Comic Con India events for first time . its even where all comic fans and anime/ cosplay events are conducted and fans to gather and discuss their favorite characters with authors and creators.

Hindi subbed & Dubbed anime series which would be added in Crunchyroll for Indian Anime fans are - they would add weekly dubbed episodes - Demon Slayer : Kimetsu no yaiba entertainment district , darling in the franxx ( first one understandable action shounen , 2nd one similar to dress up darling to an extent

there were more than few anime series mentioned - anime mentioned below in screen shot - RADIANT anime s1 along with Hindi dub and continue to dub ranking of kings episodes ,

and further - Indian english sub & dub along with hindi dub in upcoming months - Akebi's Sailor Uniform , Tokyo 24th ward, trapped in dating sim : The worlds of otome game is tough for mobs , and Miss KUROITSU from the monster development department

for ongoing season - All saints street , Raven of the inner palace , BOCCHI THE ROCK, Do It Yourself!! , Legend of Mana-The teardrop crystal, Mobile suit Gundam: The witch from Mercury and Berserk: The Golden Age Arc- memorial edition available now in english subtitles 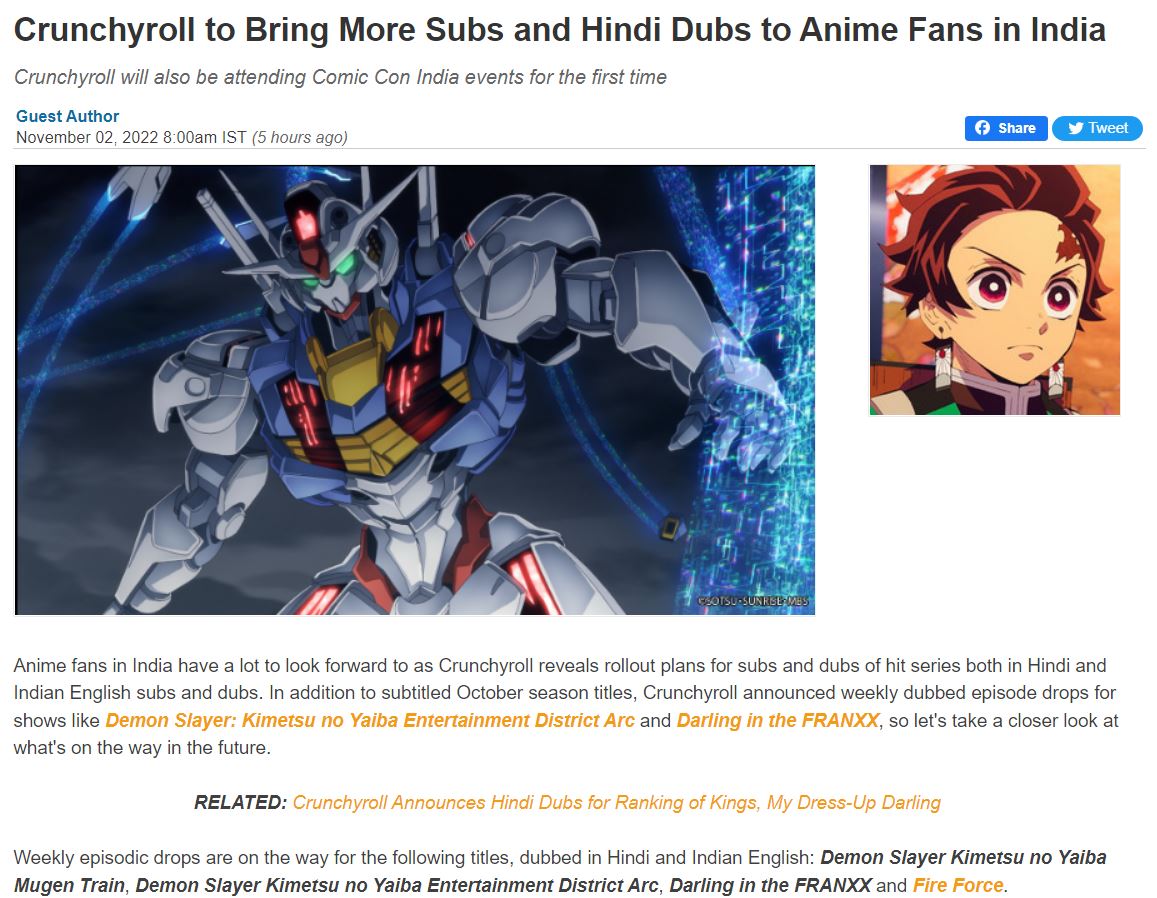 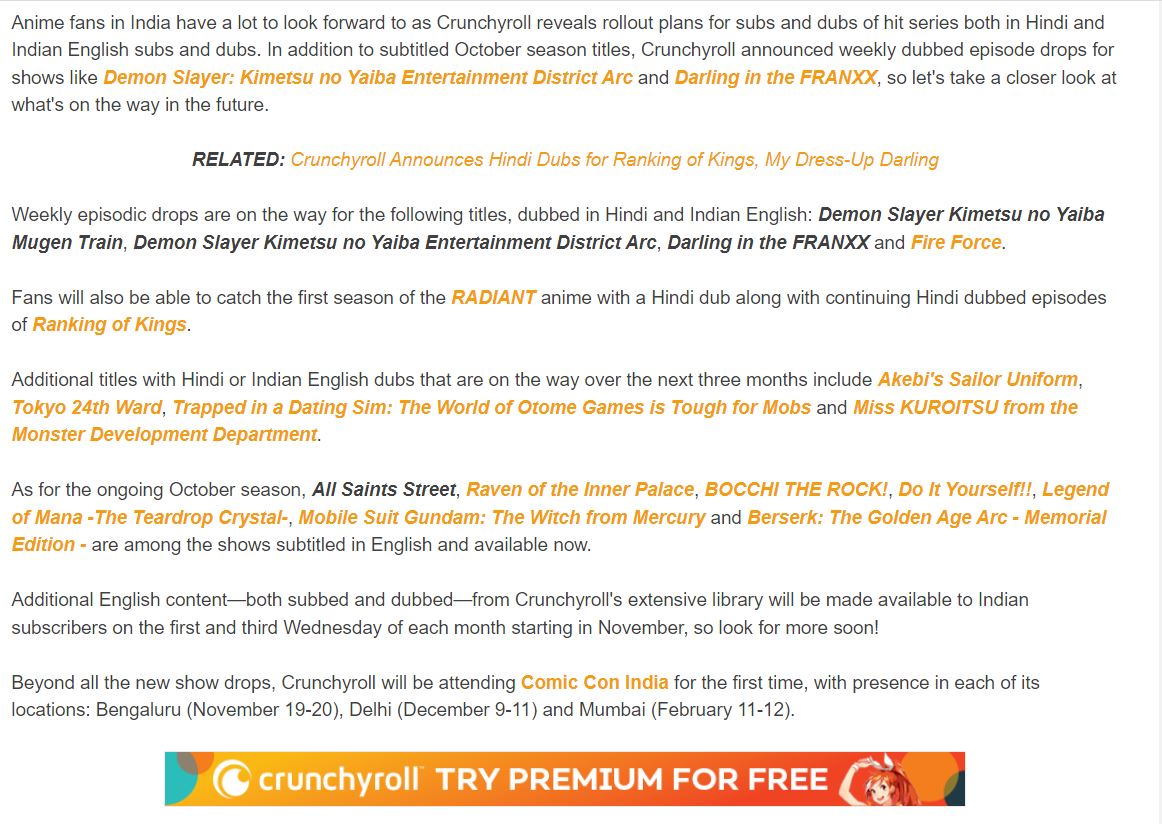