The prices of most major cooking oils dropped about ₹5-10 a litre in Delhi and as much as ₹20 in some other cities in the run-up to Diwali, Food Secretary Sudhanshu Pandey said on Friday, giving credit to the stabilisation of global prices as well as measures such as duty cuts and stock limits. However, the national average retail prices for cooking oils showed little change, and mustard oil, which is only produced domestically, continued to see rising prices. 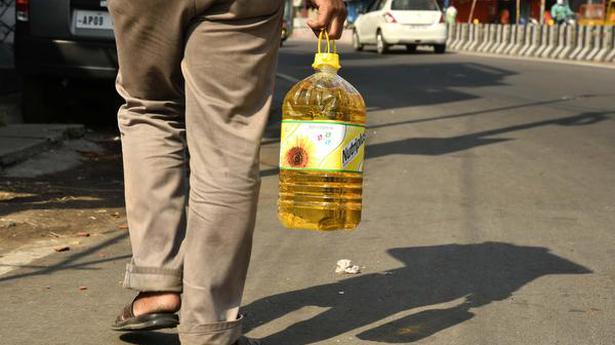 No plan to extend PMGKAY beyond Nov. 30: Food Secretary

Discussion Is there a surge in price of mustard oil in the lockdown?
2 3